How can a product group with low energy efficiency, rough surfaces, heavyweight, expensive, and difficult to maintain become one of the most preferred kitchen equipment? Let's take a look at the best cast iron cookware brands that created these.

It can be not very pleasant to have to spend time in the kitchen after a busy and brisk day. But when you get good results after the time you spend in the kitchen, this annoyance disappears in a moment. To achieve this, using the best kitchen appliances and equipment will help you a lot.

The cast iron cookware is perfect for cooking delicious dishes. Cast iron pots and pans, which are technically one of the oldest types of cookware, take time to heat up, but their thick bodies allow them to maintain heat for a long and balanced way and to cook food exactly as desired. They are also experts in creating grill lines.

As in every product group, there are brands that stand out in the production of cast iron cookware with their traditions, know-how, secret technologies, and unique design approaches. Among these brands, there are traditional brands with a history dating back to a century, and also new brands that have been established more recently but have gained respect in a short time with their products.

The best cast iron cookware brands are not fashion brands, they do not introduce different collections every season. They are more traditionalists in general, and product development processes are a little slower as they require much more research and testing. However, the cast iron pots and pans produced as a result of all these studies maintain their functionality for a long time.

The gradual condensation of water vapor, which is one of the basic theories of cast iron pots, leads to the similarity of the lids of the products. However, each brand that is considered among the best has its own unique designs. Candy colors obtained by different painting techniques also help cast iron cookware easily distinguish from other types.

If you like cooking meat and serving a plate full of sauteed vegetables, cast iron skillets should take place in the corner of your kitchen. We've put together some of the best cast iron cookware brands and listed them for you. The only purpose of the brands that have gained a place in the cast iron cookware market, where traditional and modern designs are fighting each other, is to make our time in the kitchen more enjoyable. 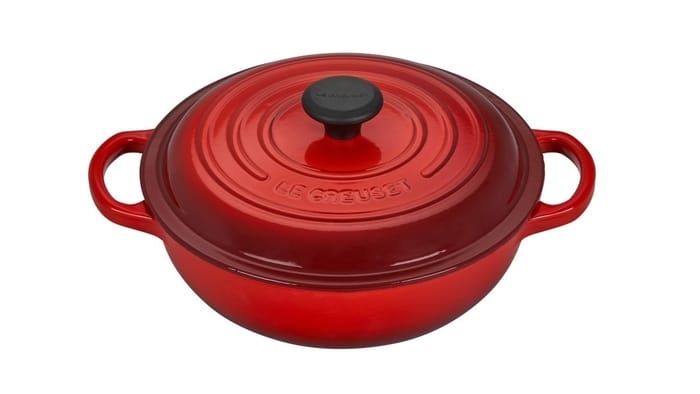 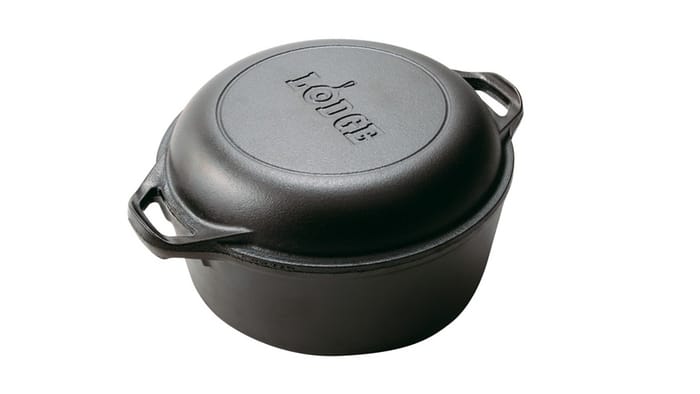 Best Cast Iron Cookware Brands - Lodge Cast Iron
Joseph Lodge and his wife, Anna, moved to South Pittsburg, Tennessee in 1877. In 1896, they founded Blacklock Foundry, the foundations of the Lodge. One of the best cast iron cookware brands, Lodge Cast Iron is the oldest cast iron cookware producer in the US. The fire in 1910 destroyed the foundry, but the Lodge family did not give up, and in three months they built their new factory and started production as Lodge Cast Iron. Lodge Cast Iron has been operating as a family-owned company since its first day and was managed by the members of the Lodge family. Lodge Cast Iron, the foundations of which have been laid in South Pittsburg, Tennessee, has never been moved for more than 120 years and has continued its production in the same region with its understanding preserving traditions.
Having spent years in the Great Depression in the 1930s, Lodge Cast Iron managed to survive by launching innovative products. Offering a wide range of cast iron products, Lodge went out of the products used in the kitchen in these challenging years and produced cast iron garden gnomes and animals to keep the factory running. In 1950, Lodge Cast Iron, which transformed its foundry from hand-pour operation to automated molding process, increased its production capacity and quality and brought safety to the fore. The 1970s played an important role in the growth of Lodge. The logo used by Lodge, which is one of the best cast iron cookware brands, was introduced for the first time in 1973. Although there are minor changes in the logo over the years, the simple black skillet frying a single egg icon has been preserved. Adding its enameled series to its collection in 2005, Lodge opened its second foundry in 2017. One of the best cast iron cookware brands, Lodge Cast Iron brings over 120 years of experience to our kitchens. 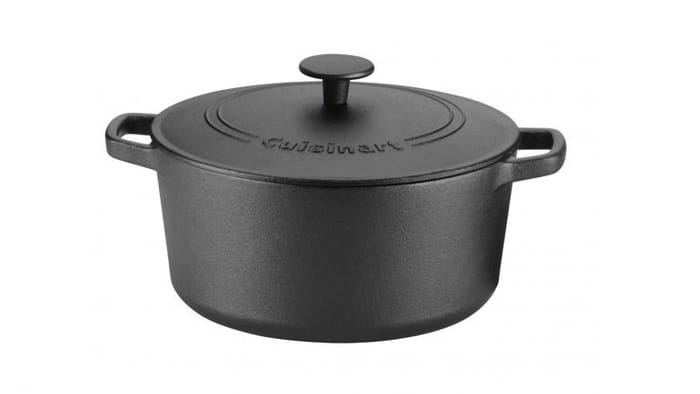 Best Cast Iron Cookware Brands - Cuisinart
Carl Sontheimer founded Cuisinart in 1971, inspired by his passion for French cuisine. He started to develop his new product, aiming to make the food processor, which he saw in France in industrial sizes, a part of American homes. Meanwhile, the brand started to offer top-quality stainless steel cookware to consumers. After two years of development, Cuisinart's first product, the food processor, was introduced at a trade show in Chicago in January 1973. Although it had difficulties in its early years, Cuisinart began to become a well-known brand with its collaborations with famous chefs in the mid-1970s. Focusing on designing accessible products for everyone, Cuisinart has succeeded in making a difference by offering special designs for individuals with mobility and vision limitations. Cuisinart was acquired by Conair Corporation in 1989 and became a world-renowned brand.
Expanding its product range, Cuisinart launched its mixer in 1992 and its coffeemaker in 1994. In 2001, the MultiClad Stainless Cookware series was introduced. Cuisinart, which achieved great success with this series, introduced the CastLite Non-Stick Cast-Iron Cookware series in 2014 and took a place in the industry. Cuisinart, which has become one of the best cast iron cookware brands, expanded its product range and continued to enlarge the sections reserved for cast iron on the shelves. Cuisinart, which has a wide range of products from coffee machines to blenders, from ice cream makers to microwave ovens, is among the brands that have a say in this field as one of the best cast iron cookware brands. 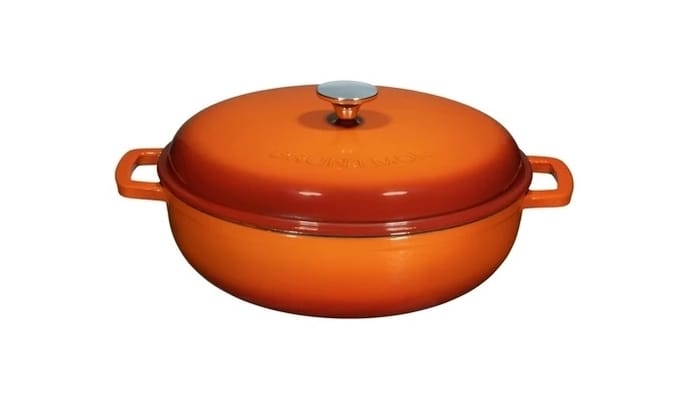 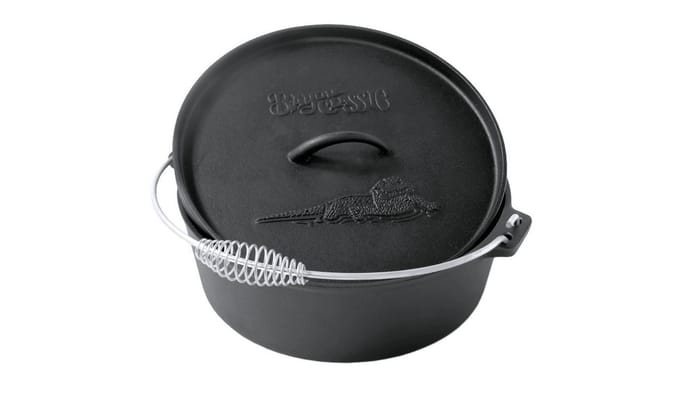