Horror comedy movies are like sweet sour sauce. The mixture has a unique flavor when it is in the right proportions but can be boring if the balance shifts too much to one side. Some of them become horror movies, while some movies do not go beyond a standard adventure comedy. That's why almost every movie that has been able to balance this mix correctly is included in the list of the best horror comedy movies.

The success of horror comedy films proves that the same issue can be dealt with in more than one way and that results can be opposite to each other. While zombies are a horror element literally in one movie, in another movie they become the basic phenomenon of comedy. Everything is about the way the subject is presented and the ability of the director. As with any film genre, the director is the basis for the success of the best horror comedy movies.

Some horror comedy movies even add some love to the sweet sour sauce and create unique works, including a love story. Young people fighting against zombies, adventures of vampire families, the emergence of extraterrestrial beings, and adventures in haunted houses are generally the subjects of the best horror comedy movies. One of the special aspects of horror comedies is that they can be watched over and over again, although you know the end.

We have selected and brought together some of the best horror comedy movies that have made their mark on Hollywood history. We want to thank all of these movies for being able to make us laugh while there are arms and legs of the zombies flying in the air. 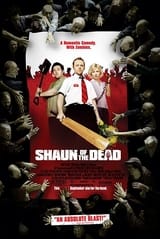 Shaun of the Dead
Stars : Simon Pegg, Nick Frost, Kate Ashfield, Lucy Davis
One morning Shaun wakes up to a new day and sees that everything around him is different from what he left last night. The zombies that surround the neighborhood and the surrounding area may cause some problems for Shaun and his friends. In order to save his mother and girlfriend and reach a safe zone, Shaun has to go through the land of zombies and embark on a funny and scary adventure.
2 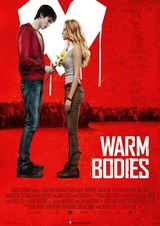 Warm Bodies
Stars : Nicholas Hoult, Teresa Palmer, John Malkovich, Analeigh Tipton
Sometimes the enemies you think are dead can be your best friend. Sometimes you can love the things you hate and risk death for them. Here is a wonderful story of unusual loves, which sometimes makes you cry and sometimes makes you laugh. The world population was divided into two after a disaster. Zombies and Humans. The sole purpose of humans is to clear the Earth from zombies and return to their former lives. R, living among these zombies, one day saves a beautiful person from the hands of other zombies. Julie realizes that R is different from others, and she gets close to R. However, this situation will not be normal to other people. Realizing that the change in R over time will have very different consequences, Julie does not intend to end her relationship with R at all.
3 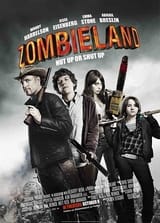 Zombieland
Stars : Jesse Eisenberg, Emma Stone, Woody Harrelson, Abigail Breslin
After a virus turned many people into zombies, the survivors began to fight against these hungry zombies. The four survivors set out to go to the safe zone, where the rumor that there is gossip in Los Angeles is spoken by everyone. However, during their journey they will have to fight both the different personalities they have and the zombies at the same time.
4 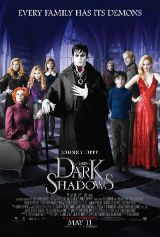 Dark Shadows
Stars : Johnny Depp, Michelle Pfeiffer, Eva Green, Helena Bonham Carter
In the 18th century, Barnabas Collins was the head of Collinsport, Maine. A rich and powerful playboy, Barnabas loses his heart to a witch named Angelique. But when he breaks Angelique's heart, Angelique turns Barnabas into a vampire and buries him alive. When Barnabas escaped from his grave two centuries later, when he returned to his former glory, nothing he was looking for was what he expected. His family is in a state of dilapidated dreams and lives, and Barnabas must intervene.
5 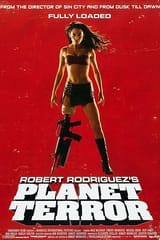 Planet Terror
Stars : Rose McGowan, Freddy Rodriguez, Josh Brolin, Marley Shelton
An experimental biological weapon turns thousands into a zombie-like monster. These creatures see people coming in front of them as fresh meat. A typical evening in a small town in Texas, when these zombies reach the town, it literally turns into a nightmare. A group of people in this nightmare must escape this massacre and stop these zombies and find the ones behind it.
6 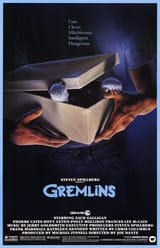 Gremlins
Stars : Zach Galligan, Phoebe Cates, Hoyt Axton, John Louie
Living in a small town, Billy must take care of the pets his father brought him from China. But his father tells Billy that he has three rules to follow when looking after these animals. These rules are; No water, no food after midnight, and no bright light. Billy doesn't care about the rules and violates the two rules, and unwittingly creates an army of malicious and mischievous monsters.
7 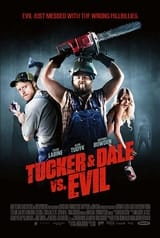 Tucker and Dale vs. Evil
Stars : Tyler Labine, Alan Tudyk, Katrina Bowden
Tucker and Dale are two lovable hillbillies. They plan to go to their cabin in the mountain to drink some beer, fishing, and spend time in the woods. On this trip, they meet a group of preppy college students, who look at their types and think that Tucker and Dale are handsome bloody saw killers. The vacation will no longer go as planned by Tucker and Dale.
8 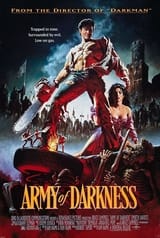 Army of Darkness
Stars : Bruce Campbell, Embeth Davidtz, Marcus Gilbert, Ian Abercrombie
Ash accidentally goes back to 1300 A.D., where he is captured by Lord Arthur. Ash defeats two monsters in the fighting pit and gains the respect of Arthur's army. Wiseman points out that Ash is the chosen one and will be the one to take back Necronomicon. Ash wants to get out of there and return to her world as soon as possible, but when he finds out that he has to use Necronomicon to get back, he has no choice but to get it. Wiseman makes Ash memorize the words he needs to get the book of evil, but Ash forgets the last word and unwillingly awakens the army of the Darkness. Now Ash has a more critical problem than returning to his world. To end the war between the dead and the living.
9 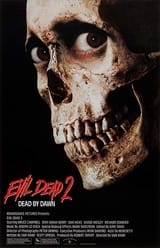 Evil Dead II
Stars : Bruce Campbell, Sarah Berry, Dan Hicks, Kassie Wesley DePaiva
In the second film of the series, Ash fights terrible demons again. This time Ash is in a secluded cabin in a forest. Voices from a tape left by a college professor who reads the Book of the Dead make Ash's girlfriend come under the influence of demons. This time Ash has to save his girlfriend from the demons and find a way out of this cabin.
10 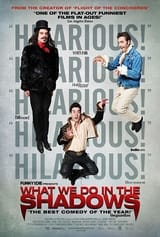 What We Do in the Shadows
Stars : Jemaine Clement, Taika Waititi, Cori Gonzalez-Macuer, Jonny Brugh
While vampire housemates try to keep up with the complex life of the modern world, they have to hide that they are immortal. It is both fun and intriguing for vampire friends to use the advantages of being immortal and living in today's world.
11 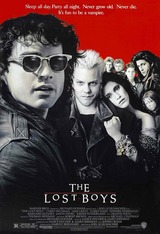 The Lost Boys
Stars : Jason Patric, Corey Haim, Dianne Wiest, Barnard Hughes
Lucy moves with her two sons, Michael and Sam, to a small town in Califonia. Soon two young people find themselves in the middle of the world of cyclists, vampires and vampire hunters. Young people soon realize that their new town is a paradise for vampires.
12 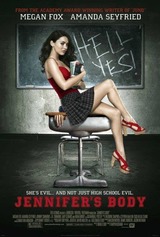 Jennifer's Body
Stars : Megan Fox, Amanda Seyfried, Adam Brody, Johnny Simmons
After Jennifer is sacrificed to Satan, she becomes a female devil. The old cheerleader, now the goal of the new female demon Jennifer is to hunt men who are classmates. Jennifer's best friend Anita must stop Jennifer before she attacks her lover Chip. Will she succeed?
13 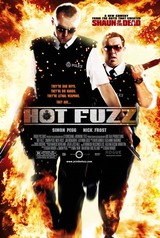 Hot Fuzz
Stars : Simon Pegg, Nick Frost, Martin Freeman
London's best cop, Nicholas Angel, is such a good cop that all the cops except him are starting to look bad. Uncomfortable with this situation, the management appoints him to Sandford, a quiet little town. When he comes to town, he partners with Danny, a curious cop. At first, everything in the town seems calm and on its way. However, one day, the presence of two actors with a head cut changes things. As everyone calls the accident, Angel thinks it is not an accident and starts investigating. During his investigation of increasing murders and strange events in the town, Angel and Danny realize that the town is not a quiet and pleasant town and they have to clash with many important people.
Trends in Lifestyle