The legendary musical movies that travel between the best Broadway theaters and Hollywood studios have given us unforgettable moments with dances, songs, and fun.

You're upset, and you want to cheer up, so watching movies is one of the right ways. However, if you are trying to find what kind of film makes you happy, choosing a nice musical movie from the list may be the right decision. Musical movies where songs, dance, and entertainment are sweetened with a touch of drama will stimulate many emotions and make you happy every time you watch.

When it comes to musicals, Broadway comes to mind first. It is a great explosion of emotion that the magnificent works that have been exhibited for years are watched in that authentic atmosphere, but most of us don't have the chance to experience it. Hollywood took this responsibility and brought the musicals to a wide audience in the movie format. Since the early years of Hollywood, the musical movies that have reflected on the big screen have received great acclaim. 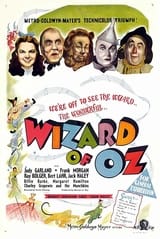 The Wizard of Oz
Director : Victor Fleming
Stars : Judy Garland, Frank Morgan, Ray Bolger
When the tornado hits Kansas, Dorothy and her dog Toto are sent to the magical land of Oz from their home. They follow the Yellow Brick Road to the Emerald City to meet the wizard. On their way, they meet a Scarecrow in need of a brain, a Tin Man in need of a heart, and a Lion in need of courage. To help them, the wizard asks them to bring the broom of the Wicked Witch of the West.
2 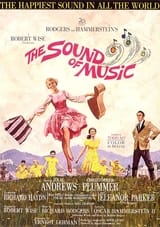 The Sound of Music
Director : Robert Wise
Stars : Julie Andrews, Christopher Plummer, Eleanor Parker
Maria tried to become a nun in Austria of the 1930s before World War II and was not successful. At that time, Georg Von Trapp, a widowed captain, sought a babysitter for his 7 children. Maria leaves the monastery to look after the captain's children and starts her new job. Faced with the cruel behavior of children in the beginning, Maria will win the hearts of both the captain and the children with her music and emotionality.
3 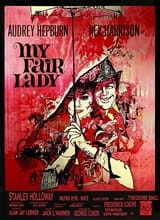 My Fair Lady
Director : George Cukor
Stars : Audrey Hepburn, Rex Harrison, Stanley Holloway
Henry Higgins is a very successful phonetic professor in his profession. The professor is very assertive about his successes in the profession and makes this claim to turn a working class florist named Eliza Doolittle into a high society lady.
4 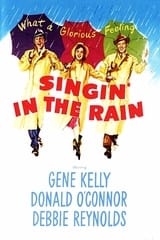 Singin' in the Rain
Directors : Stanley Donen, Gene Kelly
Stars : Gene Kelly, Donald O'Connor, Debbie Reynolds
Hollywood has been troubled during the transition from the silent film era to the audible films. Among the stars of the silent film era are those with adaptation problems. When Don Lockwood's talent for dubbing is recognized, he begins appearing in audible films. Lina Lamont, his friend from the silent film era, has an unwanted voice to be heard in audible films. Don has to cover up Lina's lack. Meanwhile, Don meets Kathy and falls in love with her. Kathy, who has a beautiful voice, is also a very beautiful woman and fits in very well with Don and Lina.
5 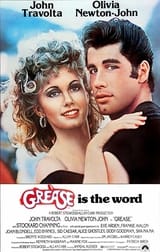 Grease
Director : Randal Kleiser
Stars : John Travolta, Olivia Newton-John, Stockard Channing
Danny and Sandy fall in love with each other on the California coast in our film about the romance and love of the 1950s. After a summer full of love, schools start unaware of each other. What they don't know is that they're in the same school. On the one hand, Danny is the leader of leather jackets and on the other is Sandy, a member of the girls' group wearing pink. Will these two groups rival each other in school? Or will their love for each other prevail over everything?
6 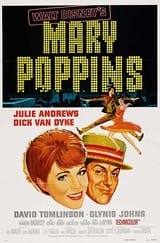 Mary Poppins
Director : Robert Stevenson
Stars : Julie Andrews, Dick Van Dyke, David Tomlinson
Jane and Michael are the children of the wealthy and uptight Banks family and learn that a babysitter will come to take care of them. The children welcome the magical nanny Mary Poppins, who comes for them, in an astonishingly warm way. Mary Poppins and her performer friend, Bert, use music and melodies to make these children's lives more beautiful and provide them with the warmth they long for.
7 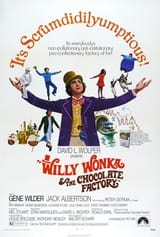 Willy Wonka & the Chocolate Factory
Director : Mel Stuart
Stars : Gene Wilder, Jack Albertson, Peter Ostrum
Willy Wonka, who has lived a long recluse life, announces that five lucky people can tour his factory, see how his secret candies are made, and one of them can supply Wonka chocolates free of charge throughout his life. But in order to do them, you must win the lottery. To participate in the draw, you need to buy Wonka chocolates. Nobody wants to see that chocolate factory as much as Charlie. But Charlie has a big problem. His family is so poor, they don't even have the money to buy a bar of chocolate. However, magic will be activated when necessary. Charlie is entitled to a factory tour with four other children and goes to the factory. Will he be able to get rid of the problems he faces along the way and win the brass ring?
8 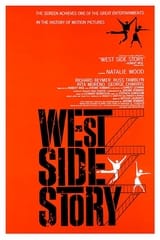 West Side Story
Director : Jerome Robbins, Robert Wise
Stars : Natalie Wood, George Chakiris, Richard Beymer
Maria and Tony are members of New York's two gangster families. Maria is the sister of Bernardo, the leader of the Latin Sharks gang, and Tony is the best friend of the Jets' leader, Riff. Tony and Maria, who meet at a dance party, fall in love with each other and no one can prevent it. The couple, who continue to meet secretly, realize that they cannot be happy until the problems between the families are solved. Maria dispatches Tony to resolve the conflict between families. But tragedy and drama have no intention to end.
9 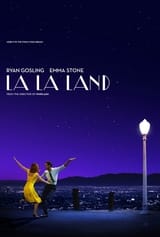 La La Land
Director : Damien Chazelle
Stars : Ryan Gosling, Emma Stone, Rosemarie DeWitt
In pursuit of their passions, actress Mia also serves coffee to movie stars to make a living while running from audition to audition. Meanwhile, jazz musician Sebastian makes music at parties and nightclubs. The couple, whose love flared between them, which is in danger because of their success, will have to make a decision between fame and love and stand behind these decisions.
10 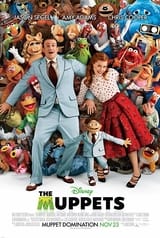