Best Places to Visit in Barcelona

If you're preparing for a trip to Barcelona, the biggest mistake you can make is to buy a round trip ticket. Because when you step into sunny Barcelona, you will not want to return until you finish visiting every street in the city.

Best Places to Visit in Barcelona

Located on the Mediterranean coast of Spain, Barcelona welcomes all its visitors with its hospitality, art that spans the streets, traditions, culture, buildings that shed light on its architectural history, and extraordinary climate. Barcelona is an exceptional city that makes every visitor fall in love with it.

The geographical location of Barcelona, which was founded as a Roman city, made it economically and strategically important. Barcelona has been home to many different civilizations throughout history, creating a rich cultural heritage in the city and making Barcelona one of the most popular tourist destinations today.

During your stay in Barcelona, whether you stay at multi-story luxury hotels of the world's leading hotel chains or you can prefer traditional Barcelona houses that re-decorated and become a boutique hotel. But in my opinion, the first thing you need to pay attention to is that the hotel you are staying in must be in the city center because I think you are not going to Barcelona to spend time at the hotel.

Before you start your Barcelona tour you will need a good route plan, yes we are in a digital age, we have maps on our smartphones and even show our place. But put smart maps aside and get a paper map from your hotel, a bookstore or tourism information. If you get lost, you will use the blessings of the digital world.

There are places to visit in every city, but in Barcelona, this number is a bit more. We took a look at these must-visit places and selected some destinations and listed them for you. Nevertheless, do not run from one building to another museum, try to absorb the spirit of Barcelona. Don't focus on just visiting too many places in a short time, make sure you experience the artistic atmosphere of Barcelona and the delicacies of its unique cuisine.

Table of Contents
Best Places to Visit in Barcelona 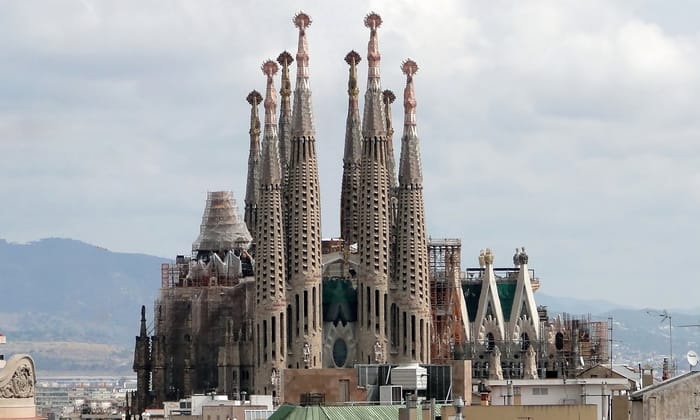 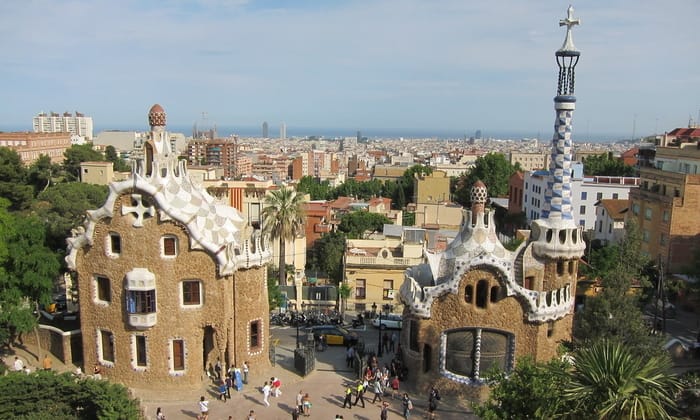 
We can define Antoni Gaudí as the person who shaped Barcelona. Each building he designed has become an integral part and value of Barcelona. The fact that he has created works representing different architectural movements in different periods of his career and the diversity he has made makes Antoni Gaudí and his works different. Park Güell also home to some of these works together, and it is one of the places you must visit in Barcelona, ​​so it is in second place on our list. At Park Güell, as soon as you see buildings where Antoni Gaudí pushes the limits of architectural creativity, you will feel that you are next to one of the most intertwined examples of geometry with architecture, and this will inspire you.
Construction of Park Güell was started in 1900. After 14 years of design and construction process, it was completed in 1914. Officially it was opened in 1926 as a public park. Reflecting the talent and spirit of Antoni Gaudí, Park Güell has been declared a World Heritage Site by UNESCO. One of the best places to visit in Barcelona, Park Güell is home to the works of Antoni Gaudí and some of Josep Maria Jujol and Joan Rubió. Gaudí's mosaic work on the main terrace is one of the most important proofs that details create a whole. You can visit Park Güell with tours that include Park Güell and La Sagrada Familia, or with your own time schedule. The beauty of Park Güell will add a new color to your Barcelona tour and your outlook on life. 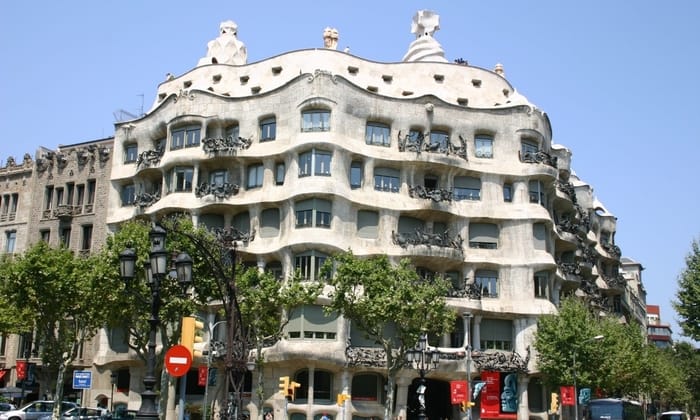 
As I mentioned earlier, Barcelona was shaped by Antoni Gaudí. Casa Mila is also a heritage and another signature work that Antoni Gaudí left to Barcelona. This modern architectural work was built between 1906 and 1912 and is the last private residence designed by Antoni Gaudí. Its unique facade and curved iron balconies were designed by Josep Maria Jujol.
Located in Paseo de Gracia, 92, Casa Mila was designed and built as the home of Pere Mila and his wife Roser Segimon, and has become one of the most famous buildings in architectural history. To understand Barcelona's culture, it is important to see Casa Mila. The distinctive appearance and stance of a fairy tale represent the warm atmosphere of Barcelona. Casa Mila, which became part of the World Heritage Site in 1984, was restored in 1987 by architects Joseph Emilio Hernández-Cross and Rafael Vila. But before you visit Casa Mila, forget all the houses you've seen so far, because when you see the details, you can decide that the place is exactly where you want to live. 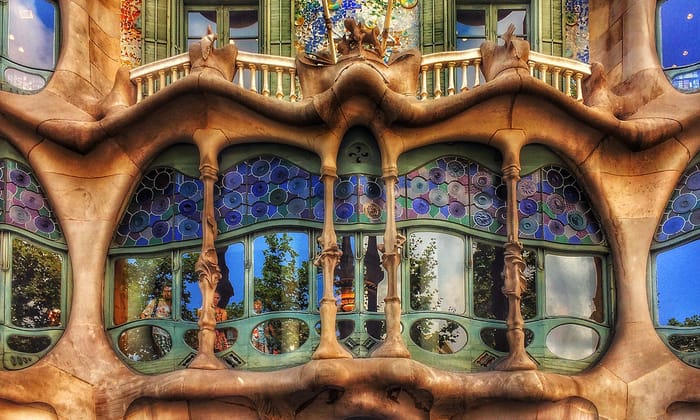 
Yes, it is more like a visit to the works of Antoni Gaudí one by one, than a trip to Barcelona. But what can I say, in a sense, Barcelona is an open-air architectural museum that houses Antoni Gaudí's works. And now, it's time to visit one of those unique works and admire the details. Built in 1877, Casa Batlló was redesigned by Antoni Gaudí in 1904 and was renovated many times over the years. Antoni Gaudí's assistants also contributed to this restoration work.
Casa Batlló is located on the Passeig de Gracia, one of the major avenues of Barcelona, in the center of the Eixample district, home to shopping and business districts. Casa Batlló, a unique example of Modernisme or Art Nouveau style, stands more like a giant statue in the center of the city than a building. Antoni Gaudí redesigned Casa Batlló entirely and made it look as if it had been designed by him from the very first moment. You may be questioning whether it is worth the time to see a single building. However, Casa Batlló is more than a single building; it is a magnificent building composed of thousands of details. There are some architectural artifacts that seem to come from the future, but Casa Batlló is a work that surpassed it. Casa Batlló seems to have come from a completely different world in another parallel universe. 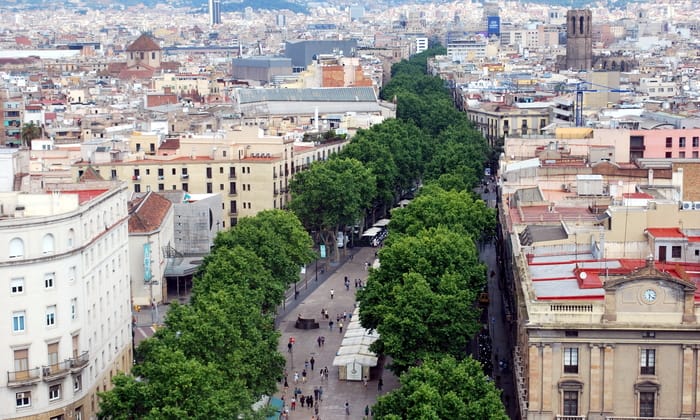 
La Rambla looks like a green river flowing in the middle of Barcelona. La Rambla, one of the most famous streets of both Barcelona and the world, is an iconic street that must be visited and must be walked slowly from beginning to end. The 1.2-kilometer-long La Rambla basically consists of joining five short streets. Rambla de Canaletes, Rambla dels Estudis, Rambla de Sant Josep, Rambla dels Caputxins, and Rambla de Santa Monica are part of this unique street.
Although La Rambla is used to go from place to place for the residents of Barcelona, it is one of the ideal places for tourists to understand the city's culture and breathe its atmosphere. The first trees that make up the tree lines that became the identity and integral parts of La Rambla were planted in 1703. 280 birch trees planted at that time were later replaced by elm trees. Although some acacia trees were planted in the 1830s, plane trees started to form the shadow that fell on La Rambla after 1859. Crowded all day long and welcoming tourists until late at night, La Rambla is one of the best places to visit in Barcelona. Throughout La Rambla, you can find kiosks selling newspapers, souvenirs, and flowers. Performers on the street create the warm atmosphere of La Rambla. If you think walking in La Rambla will be tiring, don't worry, pavement cafes and bars on the street offer many options to relieve your tiredness and taste the flavors of Barcelona. 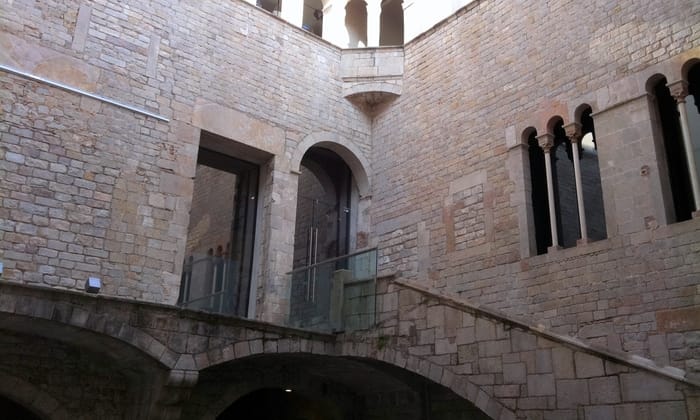 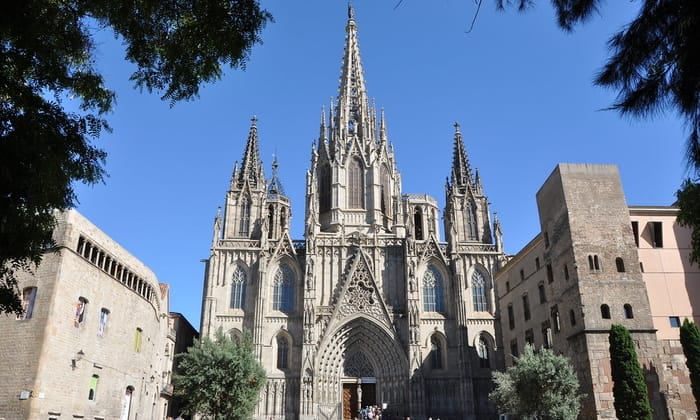 Best Places to Visit in Barcelona - Cathedral of Barcelona 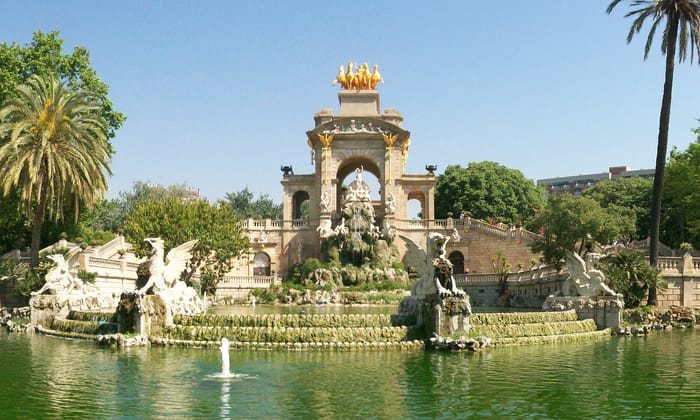