Greatest Painters of All Time

Only a few of painters have created artworks that have kept their names unforgettable for centuries. These artists are considered among the greatest painters of all time.

Greatest Painters of All Time

Painting is a unique skill and has been bestowed on a few of us. Throughout history, people with this talent were scarce enough to be pointed out in their communities. They had to face many difficulties and they inspired generations that followed them.

The most beautiful aspect of art is that it is unifying, not discriminating. Representatives of many different art movements are among the greatest painters of all time without any distinction. For centuries, painters have been painting on canvases, walls, and domes, and millions of people have traveled to foreign countries to see them. The artists who have already created this effect are described as great artists.

Whether the paintings are 30 cm or 45 cm in size, or 3 meters to 5 meters in size, what is important is the contribution of the painter's spirit. Painters create works that inebriating other people with their spontaneous feelings and make the world a better place. Whether you are evaluating these paintings in terms of art history or with amateur eyes, it is possible to feel the painter in the details of all masterstroke paintings. 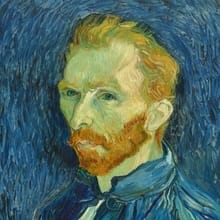 Vincent van Gogh
Born : March 30, 1853, Zundert, Netherlands
Died : July 29, 1890, Auvers-sur-Oise, France
Notable Artworks : The Starry Night (1889), Van Gogh self-portrait (1889), Irises (1889), The Potato Eaters (1885), The Yellow House (1888)
Vincent van Gogh, who expresses himself with colors, is one of the most famous post-impressionist artists, who has made a significant impact on the history of art. It took many years for Vincent van Gogh, who was born the son of a pastor, to see art as his calling. Unhappy romantic relationships and unsuccessful working experiences he lived before dedicating himself to the art, left deep traces that shaped Vincent Van Gogh's mood.
Vincent van Gogh, who went to Belgium to study art, discovered Rubens' works and inspired from them. Vincent van Gogh went to Paris in 1886 and met with impressionist painters such as Cormon, Pissarro, Monet, and Gauguin, and he influenced from their techniques. He tried to copy their techniques and create works, but when this failed, he developed his own technique of short brush strokes, which enabled him to take his place in the history of art.
Vincent van Gogh's most productive period has been the last two or three years of his life. One of the greatest painters of all time, Vincent van Gogh has produced more than 2,100 artworks, of which 860 are oil paintings, during over a decade of art life. Vincent van Gogh, who had psychological problems and struggled with madness for many years, laid the foundations of today's modern art approach by transferring what he imagine on his mind to the canvas with his own technique. 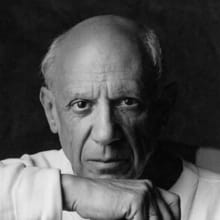 Pablo Picasso
Born : October 25, 1881, Málaga, Spain
Died : April 8, 1973, Mougins, France
Notable Artworks : Guernica (1937), Les Demoiselles d'Avignon (1907), The Old Guitarist (1904), The Weeping Woman (1937), Untitled by Picasso (1967)
Pablo Picasso was a painter, sculptor, ceramicist, poet, and playwright who changed the history of art. Pablo Picasso, who inspired artists of his time and later, is undoubtedly considered one of the greatest painters of all time. One of the founders of the Cubist movement, Pablo Picasso, invented and spread many artistic movements, including constructed sculpture and collage.
Pablo Picasso, who discovered his extraordinary artistic talent at an early age, was like a documentary of the artist's differentiation with internal renewal. Pablo Picasso has been able to continually improve his art style through the different techniques and theories he has experienced, and his mutual interaction with Henri Matisse has laid the foundation for a new movement. These two artists are considered as leaders of modern art.
Pablo Picasso's works can be distinguished from each other by their approaches in different periods. In different periods of his life, he mastered various techniques and subjects, and Pablo Picasso created magnificent artworks that marked the history of art. Throughout his life, Pablo Picasso produced about 50,000 works of art, also including 400 portraits of his second wife, Jacqueline Roque. Some of Pablo Picasso's artworks, such as Garçon a la pipe, Dora Maar au Chat, Nude, Green Leaves and Bust, and Women of Algiers, are among the highest-priced artworks of all time at auctions history. 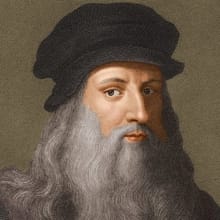 Leonardo da Vinci
Born : April 15, 1452, Anchiano, Italy
Died : May 2, 1519, Château du Clos Lucé, Amboise, France
Notable Artworks : Mona Lisa (1503), The Last Supper (1498), Salvator Mundi (1500), Vitruvian Man, Adoration of the Magi (1481)
Leonardo da Vinci was one of the greatest painters of all time. But this honorable title is not enough to describe his intelligence. Leonardo da Vinci was a genius and scientist who created inventions that changed world history. With his theories, he inspired many inventions and innovations realized after his own age.
Leonardo da Vinci, a painter, philosopher, astronomer, engineer, architect, mathematician, sculptor, musician, paleontologist, and writer, has managed to use his versatility and knowledge in every subject he is an expert on. Leonardo da Vinci, who skillfully reflects his knowledge of anatomy to the figures in his oil paintings, is regarded as one of the greatest geniuses and painters of all time.
Unlike other famous painters, very few oil paintings of Leonardo da Vinci have survived to the present day. However, masterpieces such as Mona Lisa, The Last Supper, and Salvator Mundi are among the most valuable and famous paintings in world history. Reflecting Leonardo da Vinci in every respect, Mona Lisa attracts millions of people from all over the world. In 2017, Salvator Mundi was sold for 450 million USD and became the most expensive artwork in the world's history.
In addition to oil paintings, he has guided generations that followed him with many artistic, anatomical, and engineering drawings. Born in Vinci, Florence, Italy, Leonardo di ser Piero da Vinci was a genius who inspired fundamental changes in science, architecture, and engineering world, beyond being one of the greatest painters of all time in the history of art. 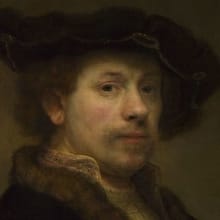 Rembrandt
Born : July 15, 1606, Leiden, Netherlands
Died : October 4, 1669, Amsterdam, Netherlands
Notable Artworks : The Night Watch (1642), The Anatomy Lesson of Dr. Nicolaes Tulp (1632), The Return of the Prodigal Son (1669), The Storm on the Sea of Galilee (1633), Syndics of the Drapers' Guild (1662)
Rembrandt Harmenszoon van Rijn, as we all know, Rembrandt is considered both one of the greatest painters of all time, and one of the greatest visual artists in the history of art. Rembrandt, one of the most productive and versatile artists of the Dutch Golden Age era, is also recognized as the most famous painter in Dutch history.
Considered the birthplace of art, Italy attracted almost all Dutch painters who lived at that time, but Rembrandt never went abroad, unlike other Dutch painters of his time. However, he was inspired by the work of Italian painters and some other painters who had studied in Italy at that time.
Rembrandt, who was accepted to the University of Leiden when he was only 14, worked and studied with famous painters, including Jacob van Swanenburg, Pieter Lastman, and Jacob Pynas, after graduation. Rembrandt, which opened his first studio in Leiden, later moved to Amsterdam, the economic capital of the Netherlands, and soon gained a reputation for his work. Rembrandt, who has created works on many different subjects with a slightly different approach than other Dutch painters, has used many years of experience to educate new generation painters and has contributed greatly to the history of art. Rembrandt, one of the greatest painters of all time, has signed some of the most famous oil paintings in the history of art, including The Night Watch. 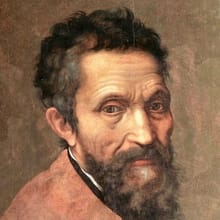 Michelangelo
Born : March 6, 1475, Caprese Michelangelo, Italy
Died : February 18, 1564, Rome, Italy
Notable Artworks : David (1504), Pieta (1499), Sistine Chapel ceiling (1512), The Last Judgement (1541), The Creation of Adam
The Italian sculptor, painter, and architect Michelangelo di Lodovico Buonarroti Simoni, known as Michelangelo for short, has succeeded in leaving deep marks in the history of art. His artistic versatility made Michelangelo unique. Even today, he is consistently compared to his greatest rival, Leonardo da Vinci, who lived in the same era, and is even considered by some experts and scholars to be the greatest artist of his time and even of all time.
Michelangelo was such a unique talent to make his two most recognizable sculptures, the Pieta and David before he was thirty. And two of the most inspiring frescoes in art history, perhaps the most famous, bear Michelangelo's signature. One of them is The scenes from Genesis on the ceiling of the Sistine Chapel in Rome, and another is The Last Judgment on its altar wall. Artists manage to make their names known for centuries with the works they create. Michelangelo, one of the greatest painters of all time, has achieved this with his iconic works.
Born in Caprese, Michelangelo studied in Florence. Michelangelo, who lived and created works in Bologna, Florence, and Rome during his active art life, was the first western artist to have a biography published while he was alive. Michelangelo, one of the most important names in the High Renaissance movement, is considered one of the greatest painters of all time. 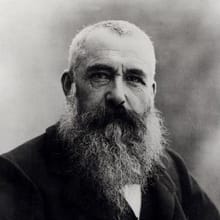 Claude Monet
Born : November 14, 1840, Rue Laffitte, Paris, France
Died : December 5, 1926, Giverny, France
Notable Artworks : Impression, Sunrise (1872), The Water Lily Pond (1899), Water Lily Pond (1900), Woman with a Parasol - Madame Monet and Her Son (1875), The Artist's Garden at Giverny (1900)
Claude Monet is the founder of an art movement and the creator of the first work that gave its name to it. The famous French painter Claude Monet, considered one of the greatest painters of all time, founded the French impressionism movement with his painting 'Impression, Sunrise,' which he painted in 1872 and exhibited for the first time in 1874. A painter so rare to lead an art movement, Claude Monet is one of the greatest painters of all time.
Born as the second son of Claude Adolphe Monet and Louise Justine Aubree Monet, Claude Monet spent the first five years of his life in Paris, and in 1845 his family moved to Le Havre in Normandy. Claude Monet wanted to be an artist, and his mother supported him. Claude Monet, who attended art school, was taught by famous painters of the period and formed the foundations of his knowledge that allowed him to reflect his creativity on paper. Having crossed paths with many artists and painters throughout his life, Claude Monet was inspired by some and became a pioneer for others.
In 1874, 'Impression, Sunrise,' which became the most important part of the first Impressionist exhibition held in 35 boulevard des Capucines, Paris, made Claude Monet a very famous painter in the art community. Claude Monet, one of the most sought-after painters for art collectors, moved to a house with a large garden in Giverny in 1883, and was so influenced by this garden. Claude Monet, who has approximately 2000 works cataloged, included details from this garden in many of his works, and even became the identity of the artist. 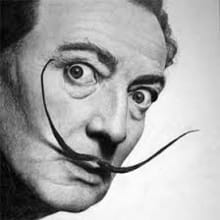 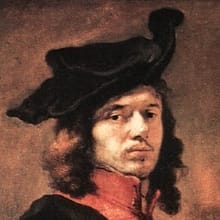 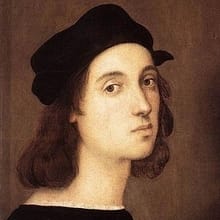 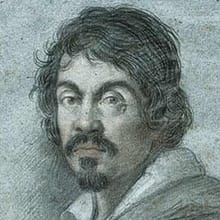 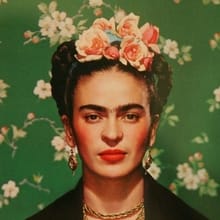 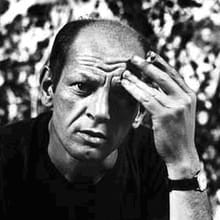 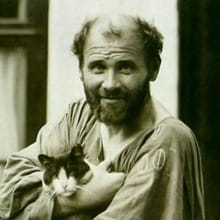 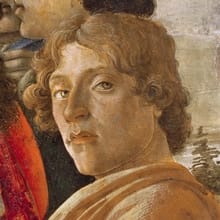 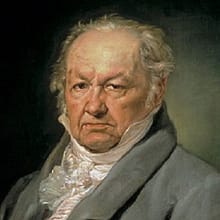