Having a business jet means freedom, and wealth is the key to freedom. This is why businesspeople who want to keep their freedom in their hands have a business jet.

As a businessperson, if you want to get rid of designated flight times, crossing borders, and even spending time on the flight in the comfort of an office, you can realize all of this by purchasing a business jet. Therefore, choosing a business jet that best meets your needs will certainly require extensive research and deciding on one of the top business jet manufacturers in the world.o

When it comes to a highly technical product, such as a business jet, there are not too many manufacturers. Although aviation is a huge industry, the presence of big players in the sector has a considerable share. Of course, in an industry where security is so important, and it is imperative to provide adequate service, it is almost impossible for weak players to find a place for themselves.

Yes, some of the top business jet manufacturers are also top commercial jet manufacturers, but each of them has separated these departments with very sharp lines and operates their operations in different processes. In addition to these companies, the presence of brands focused on business jet production also increases the competition in the business jet segment to a higher level. 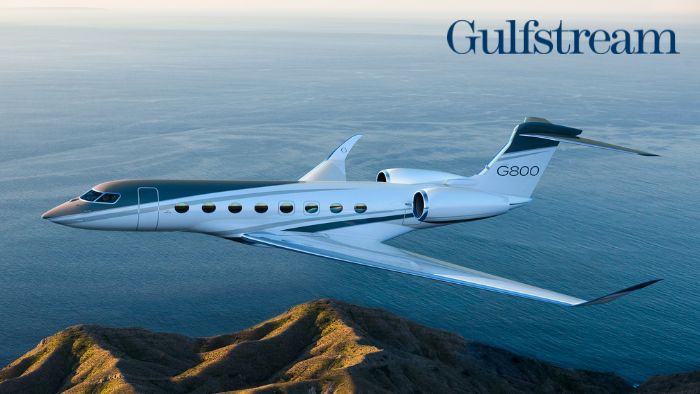 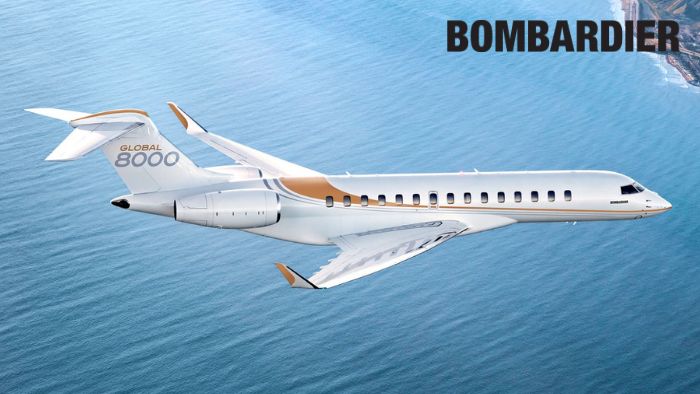 
Bombardier, one of the top business jet manufacturers in the world, was founded by Joseph-Armand Bombardier, a mechanical genius and entrepreneur. When Joseph-Armand Bombardier was just 15 years old, he built his first snow vehicle with the idea of making it possible to transport through on snow-covered roads in the countryside of Quebec. He developed his idea and in 1937 launched his first commercial model, the seven-passenger B7 snowmobile. In 1942 he founded L'Auto-Neige Bombardier Limitee, which later became the Bombardier, and produced the 12-passenger B12 snowmobile. Joseph-Armand Bombardier then developed different models for ambulance, postal, cargo and school transport services and laid the strong foundation for the company that now produces flying jets in the sky.
Bombardier, with its experience in snowmobiles, first joined the railway business in 1970, and in 1986, Bombardier became one of the leading aircraft brands in the world by acquiring Canadair, one of Canada's leading aircraft manufacturers. In the early 2000s, competition in the business jet industry had risen to a high level, and Bombardier launched the Bombardier Global 5000 in 2002 to take part in the competition. In the same year, the Learjet 40 business jet and the Learjet 45 XR superlight business jets were introduced to the market. In 2007, it introduced the Learjet 85, which offers a spacious and comfortable cabin that can fly intercontinental. As one of the top business jet manufacturers, Bombardier manufactures business jet for three different segments. The Global, Learjet, and Challenger series offers sophisticated business jets of all levels of luxury. The Learjet 75 Liberty, the Challenger 350, the Challenger 650, the Global 5000, the Global 5500, the Global 6000, the Global 6500, the Global 7500, and the Global 8000 are currently in its portfolio. With more than 4,700 aircraft in operation in 115 countries, Bombardier is one of the leading brands in the industry with the standards it sets. 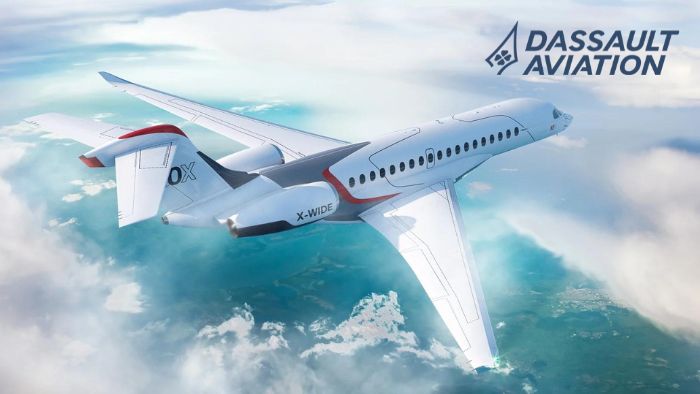 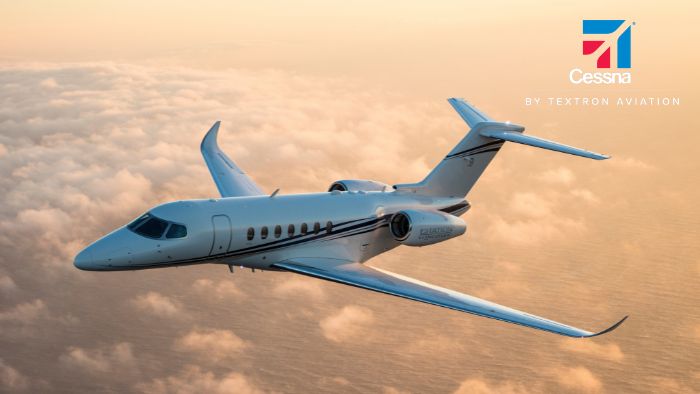 
Cessna is one of the inspiring brands of the aviation industry. Cessna, which has an essential place in the development of individual aviation, has a distinct position among aircraft manufacturers with its production and marketing approach. Known for its piston-powered aircraft, Cessna has become one of the top business jet manufacturers with its Citation business jets.
Clyde Cessna, a farmer, built and flew his first aircraft in 1911. Although Cessna started the aircraft manufacturing initiative in Enid, Oklahoma, he did not find enough financial support in this area and moved to Wichita, Kansas. In 1927, Clyde Cessna and Victor Roos became partners and established the Cessna-Roos Aircraft Company and laid the foundations for the Cessna Aircraft Company. Victor Ross left the partnership one year later, and the company got its final name. Cessna had to stop production in 1933 due to the Great Depression. In 1934, Clyde Cessna's nephew, the Dwane and Dwight Wallace brothers, revived Cessna, which would become one of the finest brands in the aviation industry.
In 1937, Cessna introduced the Cessna C-37, the first seaplane of the brand. During the years of World War II, the Cessna T-50 became very popular, and Cessna received its largest orders ever from "the U.S. Army" and "the Royal Canadian Air Force." As of 1946, Cessna turned to commercial aircraft production and introduced the Model 120 and Model 140. Launched in 1956, the Cessna 172 became the aircraft that brought the brand to every corner of the world.
The Cessna Citation I, the first business jet of Cessna, made its first flight on September 15, 1969, and with its acclaim and successful sales graph, it made the brand one of the best business jet manufacturers. Although Cessna was taken over by General Dynamics in 1985 and by Textron, Inc. in 1992, it still continues to produce the Citation series. Cessna uses the marketing techniques of the automotive world by creating different terms that emphasize the characteristics of the aircraft it produces.
As one of the top best business jet manufacturers, Cessna takes its place in the business jet market and the skies with Citation Longitude, Citation Latitude, Citation Sovereign +, Citation XLS +, Citation CJ4, Citation CJ3 +, Citation M2 models. 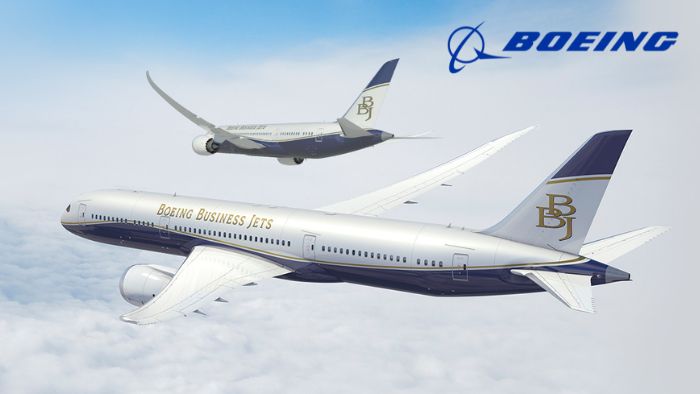 
Boeing, the world's largest aerospace company, is also one of the leaders in business jet production. Business jets can be defined as the brand that produces the most exclusive business jets when it comes to the size and flight range. Boeing successfully uses its experience in commercial jetliners to design and manufacture business jets.
Boeing was founded in 1916 by William Boeing in Seattle. He transformed a shipyard into an airplane factory and began to manufacture Boeing planes that would change world history. Boeing has been active in commercial, defensive, aerospace, and business jet for more than a century, and it has been pioneering innovations in the aerospace industry.
Boeing Business Jet was launched on July 27, 1999. Soon after, on October 11, the larger model BBJ 2 was introduced. The new major player in the business jet market has shifted balances and brought controversy to a new dimension. One of the top business jet manufacturers, Boeing, has moved the dimensions of business jets to a different point by the creation of a business jet based on the 737-900ER commercial jetliner in 2005. Boeing Business Jet, which achieved this policy success, gained a major share in this segment of the cake with commercial jets designed specifically for business people. In 2006, Boeing began receiving orders for the Boeing 787 Dreamliner and 747-8, which was designed as business jets for VIP customers by touches of the Boeing Business Jet team.
In 2008, Boeing introduced the Boeing Business Jet 3, on which the 737-900ER was based. Boeing focused on developing new ones as the business jets introduced to the market were appreciated. Boeing turned the interior of the planes into an office with world-famous designers and also worked with different aircraft interior design companies in order to meet the special requests of the customers, and this increased customer satisfaction to the highest level.
The current popular series Boeing Business Jet (BBJ) MAX family began to take its place in airports in 2014. Boeing currently offers models in the BBJ MAX family, BBJ 787, BBJ 777X, and BBJ 747-8 series, Boeing has become one of the most preferred brands in the business jet market thanks to its worldwide sales and service network. Boeing, one of the top business jet manufacturers, has demonstrated how effectively the acquired knowledge unit can be used in a different area of ​​the same industry, and the brand has become one of the leading business jet manufacturers. 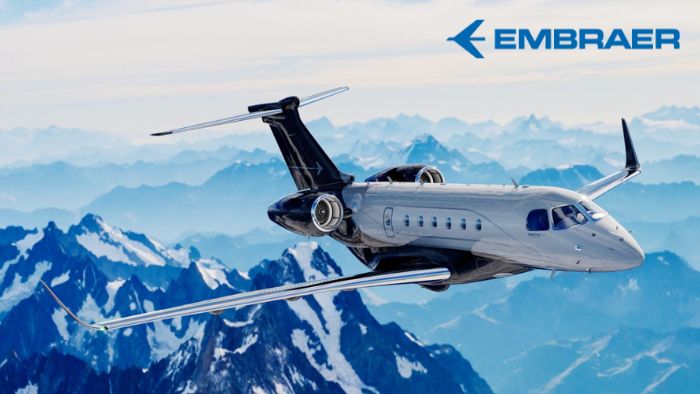 
Embraer S.A. was founded in 1969 in São José dos Campos, São Paulo. Embraer, the largest aircraft company in Brazil with a deep-rooted aviation history, has become the leading brand in the industry. Established as a government-owned corporation, Embraer S.A. focused on the production of the Embraer EMB 110 Bandeirante, which was used as a military and civilian passenger aircraft.
Embraer, which will be one of the top business jet manufacturers in the future, grew rapidly in its first years with the orders it received from the Brazilian government. Headquartered in the city where it was founded, Empresa Brasileira de Aeronáutica designed and produced the military aircraft for which it was founded during the 1970s and 1980s. Embraer obtained the license to manufacture Piper light airplanes in 1974. Embraer, which made all its production for the domestic market in the first period, launched the Embraer EMB 120 Brasilia regional airliner in 1985 and created an export structure based on this model with the demands from the surrounding countries. Embraer EMB 120 Brasilia has served 26 airlines in 14 different countries.
Collaborating with FAMA (Fábrica Argentina de Material Aeroespacial) in the 1990s, Embraer began designing and manufacturing the Embraer/FMA CBA 123 Vector turboprop aircraft. Embraer was on the verge of bankruptcy as the project required a large investment and there was no high demand due to the negative trend of the global economy. In this process, Embraer engineers designed the twin-engine ERJ 145 with a capacity of 37-50 passengers, which better responds to market demands. This model was in great demand and the Embraer Regional Jets family grew with the ERJ 135, ERJ 140, ERJ 145 and ERJ 145XR models.
The success of the ERJ family took Embraer to a next level and the company entered the commercial aircraft market with the E-Jets program in the early 2000s. Subsequently, Embraer started to produce competitive aircraft in the executive jets segment and gradually became one of the top business jet manufacturers. The Legacy and Phenom families were developed. The Phenom 300 model has become one of the world's best-selling executive aircraft.
Embraer continued to expand its aircraft range in all three areas. While collaborating with the Brazilian Air Force in the production of military aircraft on the one hand, it added new ones to its commercial aircraft range on the other. Embraer, which has become one of the top business jet manufacturers, has become one of the best business jet brands in the world with the Phenom and Praetor models.