Top Fashion Designers of All Time

Top Fashion Designers of All Time

From Chanel founded by Coco Chanel to Gucci founded by Guccio Gucci, the brands bearing their surname are among the most valuable brands in the world. These brands, whose founders are among the top fashion designers, have been continuing their success as a fashion brand with the right foundations. However, the secret of these successes is the design culture transferred from generation to generation and fashion designers who shape the brand in specific periods. For example, Yves Saint Laurent was a fashion designer who worked for Christian Dior for many years before establishing his own brand and contributed greatly to the success of the Dior brand. Famous German fashion designer Karl Lagerfeld has set the vision for both brands during his years at both Fendi and Chanel.

Each of the top fashion designers is a trendsetter. Their sketches give direction to fashion. There are times when top fashion brands are guided by different designers, and the charm of the fashion world and the talented designers do not allow time gaps between these ages and new designers fill the spaces and gain experience in the kitchen of fashion. 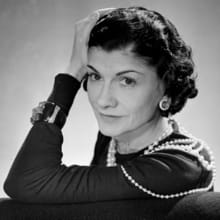 Coco Chanel
Born : August 19, 1883, Saumur, France
Died : January 10, 1971, HÃ´tel Ritz Paris, Paris, France
Gabrielle Bonheur "Coco" Chanel was a fashion designer who became one of the biggest icons of the fashion world with her vision, idealism, and unique design approach. After her mother passed away while Gabrielle was 12, Coco Chanel went to the convent of Aubazine, an orphanage, where she learned how to sew and tackle challenges. After six years, Coco Chanel found work as a seamstress. When she was not sewing, she sang in a cabaret and became famous. Gabrielle also took the nickname "Coco" during these years, but after years of living in Vichy, she realized it would not be her future.
Coco Chanel's life changed when she met Étienne Balsan. Her relationship with Balsan's friend Captain Arthur Edward 'Boy' Capel started in 1908 and continued for nine years. Coco Chanel became a licensed milliner in 1910 and opened her first store called Chanel Modes. Coco Chanel gained recognition after the famous theater actress Gabrielle Dorziat wore one of her design hat in Bel Ami. The Chanel brand, which has become the choice of celebrities, has continued to move forward confidently and opened stores one after another, designed dresses and accessories, and expanded its product range to offer jewelry and fragrance. The signature product Chanel 5 perfume has been one of the cornerstones of the brand's growth process in the 1920s and is still one of the most famous fragrances of today.
Coco Chanel, one of the top fashion designers of all time, designed the brand's interlocked-CC monogram, which is still in use. Coco Chanel laid the foundations for the luxury fashion brand that bears her name and created the philosophy that kept Chanel successful for years. Coco Chanel has lead Parisian haute couture throughout her career. 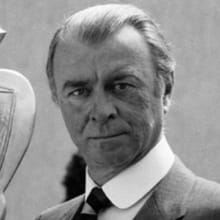 Guccio Gucci
Born : March 26, 1881, Florence, Italy
Died : January 2, 1953, West Sussex, United Kingdom
Guccio Gucci is one of the top fashion designers who shaped fashion. Born in Florence, Guccio Gucci worked as a lift boy in high-end hotels in Paris and London before discovering his interest in fashion. During his time at the Savoy Hotel in London, luxury suitcases used by wealthy guests inspired him, and he decided to return to his hometown, Florence, and he began making travel bags and accessories.
In 1921 he laid the foundations for Gucci, one of the world's leading fashion brands, and founded the House of Gucci. Born as a small family company selling fine leather goods, Gucci was able to rise thanks to Guccio Gucci's production philosophy and quality concept. Guccio Gucci, taking care to produce its products using the highest quality materials, hired the most talented leather and sewing craftsmen of the Florence region and established an industrial production line while maintaining traditional methods. One of the top fashion designers of all time, Guccio Gucci, as a fashion designer who managed to adapt to the requirements of the period, designed his products by using canvas during the war period when it was difficult to find high-quality leather, and with his success he proved that the important thing was not only the material but the fashion designer's ability to shape it.
Guccio Gucci opened a store in Rome in 1938, and his sons Aldo, Vasco, Ugo, and Rodolfo joined the company and passed on their knowledge to them and created the legacy that will last for generations. Guccio Gucci, one of the top fashion designers of all time, has become a great inspiration for every creative person by proving that a lift boy in the hotel can be one of the best-known people in the world. 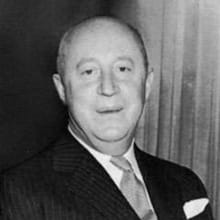 Christian Dior
Born : January 21, 1905, Granville, France
Died : October 24, 1957, Montecatini Terme, Italy
Christian Dior was born into a wealthy family. His parents wanted him to be a diplomat, but the love of art within Christian Dior led him to pursue a different career, and in 1928, he left school and opened a small art gallery with the financial support of his father. Three years later, Christian Dior had to close the gallery, which sold works of famous artists such as Pablo Picasso. However, this situation was a big gain for the fashion world.
Christian Dior began working with world-renowned fashion designer Robert Piguet and had the opportunity to demonstrate his talents. Christian Dior, who also worked with Pierre Balmain, learned from the masters the experience needed for his own label. After completing his military service in 1942, he started working with Lucien Lelong. He became one of the primary designers of Lelong, who worked to keep French fashion alive during the war years. One of the top fashion designers of all time, Christian Dior founded his own fashion house in 1946 with the backing of successful entrepreneur Marcel Boussac, France's richest businessman, and one of the world's most famous luxury fashion brands was born. Christian Dior unveils his first collection in 1947, and called it Corolle, but the collection was described as the New Look by the editor-in-chief of Harper's Bazaar. Christian Dior's groundbreaking new design approach has led to discussions that divide the fashion world. However, this new fashion approach, which stood out from all the discussions, made Paris the capital of the fashion world again.
The designer who created one of the best luxury fashion brands in the world, Christian Dior, has directed fashion for years. Christian Dior, who creates elegant designs that embellishes the dreams, has become one of the top fashion designers of all time thanks to his passion for art. 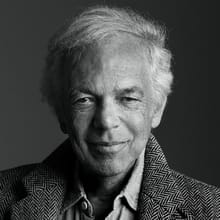 Ralph Lauren
Born : October 14, 1939, The Bronx, New York, NY
Ralph Lauren was born in The Bronx, New York City, as the fourth child of Frieda and Frank Lifshitz. He started to work as a sales assistant at Brooks Brothers and took the first step in the fashion world. Ralph Lauren, who gained experience working at tie manufacturer Beau Brummell, founded The Ralph Lauren Corporation in 1967.
Ralph Lauren's great interest in sports determined the future of the Ralph Lauren brand and named his first collection 'Polo' in 1968. In the future, 'Polo' will become one of the most well-known brands in the world. The Polo Player emblem was first used in the tailored shirts for women line, which he launched in 1971. The same year, he made a groundbreaking venture in the fashion world and opened a store on Rodeo Drive in Beverly Hills, California. This store was the first freestanding store opened by an American designer. In 1972, he began to embed the polo player logo on the chest of his designs. Ralph Lauren, who showed his passion for fashion in all lanes, was highly appreciated for his fragrances in 1978 and became one of the most preferred fragrance brands.
Ralph Lauren, one of the fashion designers who has been leading the fashion world and trends for more than 40 years, has been able to add different tastes to his life besides fashion. Ralph Lauren is a well-known collector with his unique automobile collection of over 100 rare cars. Rare cars that have been exhibited in museums and events on numerous occasions have also been awarded many special prizes. The 1962 Ferrari 250 GTO, the 1996 McLaren F1, the 1929 Bentley 4½ Liters, the Bugatti Veyron, and the 1938 Alfa Romeo 8C 2900B Mille Miglia are just a few of them. Ralph Lauren is a philanthropist who makes a difference, although he does not like to be described as such. Ralph Lauren, who has won many awards throughout his career, is considered one of the top fashion designers of all time for his creativity and design approach. 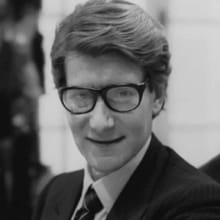 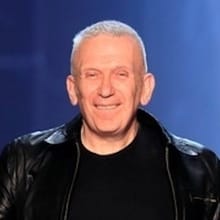 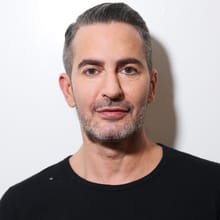 Marc Jacobs
Born : April 9, 1963, New York, NY
Marc Jacobs, who made a name for himself in the fashion world as a young talent, has taken his place among the top fashion designers of all time, both as a creative director and a designer with his own brand. Born in New York City on April 9, 1963, Marc Jacobs moved in with his paternal grandmother after his father passed away and grew up in Teaneck, New Jersey.
Marc Jacobs, who started his career at the age of 15, worked as a stockboy at Charivari. Educated at Parsons School of Design, Marc Jacobs succeeded in demonstrating his talents and won the Perry Ellis & Chester Weinberg Gold Thimble Award and Design Student of the Year in 1984. Designing his first collection bearing the Marc Jacobs label in 1986, Marc Jacobs won the Council of Fashion Designers of America's Perry Ellis Award for "New Fashion Talent", the most prestigious award in the fashion industry, in 1987 and became the youngest fashion designer to win this award. Marc Jacobs also won The Women's Designer of the Year Award in 1992. Marc Jacobs, who founded the Marc Jacobs International Company in 1993, developed menswear designs and launched his first full collection in 1994. Marc Jacobs, who took a big step in his career by becoming Louis Vuitton's creative director in 1997, designed the brand's first ready-to-wear clothing line.
Marc Jacobs, who made a name for himself with his Marc by Marc Jacobs collections in the early 2000s, also introduced two different fragrances collections in 2006 and 2007. Deciding to leave his position at Louis Vuitton in 2013 to concentrate on his own label, Marc Jacobs also served as the creative director of Diet Coke for a period. One of the most famous fashion designers of all time, Marc Jacobs has focused on the brand that bears his name for nearly 10 years. 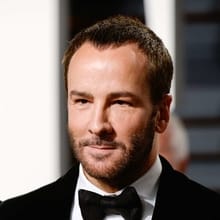 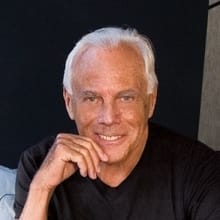 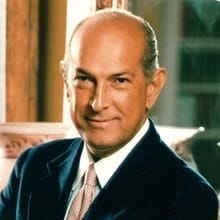 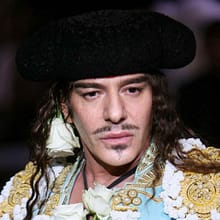 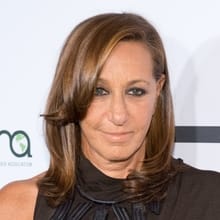 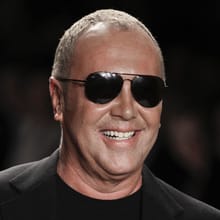