Luxury car brands are constantly launching luxury cars that are the dream of many people, but few wealthy people experience the pleasure of having one of these cars. However, like everything else, this situation changes over time.

Top luxury car brands like to push the limit of luxury, and innovations they apply to new models accelerate the competition in the upper segment. This competition has also forced luxury car brands to offer many new models for customers of different income levels. Luxury car brands, which were used only by company owners and wealthy family members, now appeal to a wider audience, including professionals and small business owners.

Even the world's leading luxury car brands should be evaluated separately. While some luxury car brands spread luxury with a wide range of cars, some brands still offer few models. But what they all have in common is that they combine performance and comfort and blend it with luxury.

High-performance engines, hand-stitched leather upholstered seats and consoles, hand-painted body, high-tech navigation and safety systems, eclectic design, carbon fiber parts and details come together. By adding the logo and the spirit of the luxury car brands to this combination, the world's most desired cars emerge.

Owning a luxury car is like a symbol of being wealthy. These cars are expensive, eye-catching, and attractive. However, everyone's style is different. Even among the designs of the top luxury car brands, we can make the qualifications according to our own criteria and choose the ones we like the most. This ability to choose saves us from uniformity and makes our world beautiful and colorful. In this way, no brand can dominate the entire market, and many innovative products and brands can emerge. Among these luxury car brands, some produce comfort cars in a classic design, and some produce high-performance sports cars. We have selected some of the top luxury car brands in the world and have listed it for you. 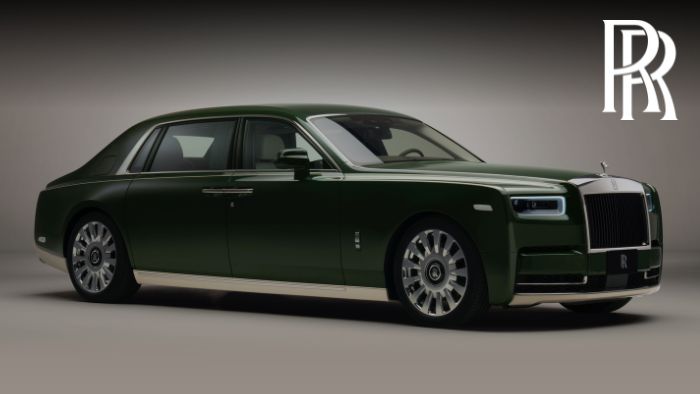 
No matter how we start to list the top luxury car brands, Rolls-Royce has always been at the top. This showed us how Rolls-Royce had created a strong brand image. Henry Royce made his first car, a two-cylinder Royce 10, at his Manchester factory in 1904. This car became the first Rolls-Royce car and unveiled at the Paris Salon in 1904. One of the top luxury car brands, Rolls-Royce was officially founded in 1906. With its Silver Ghost and Phantom models, Rolls-Royce, which has managed to maintain its top position in the world of luxury cars for more than 110 years, has conquered the hearts of car aficionados with its powerful engines and sportive drive. It is important to remember that the high performance of Rolls-Royce cars is due to the fact that the company is one of the largest aircraft engine manufacturers in the world and works with an endless desire for research and development. Rolls-Royce cars produced in the style of handmade leather bags with the craftsmanship of the precision of a Swiss watch are like the dictionary definition of a luxury car with all the details and features. 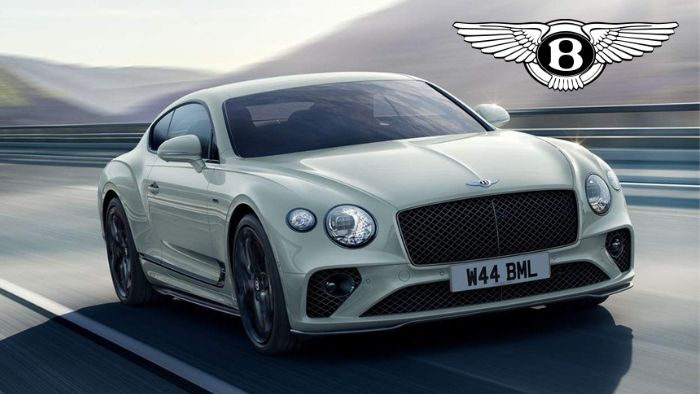 
Bentley is in the second place of our list of top luxury car brands. Bentley was founded when Walter Owen Bentley fired the first 3.0-liter engine in London in 1919. Walter Owen Bentley's goal was to produce fast, good, and best-in-class cars, and he worked towards that goal. Bentley is one of the very few brands that offer both luxury and high performance. One of the top luxury car brands, Bentley has been designing dream cars with both offer high performance, comfort, and luxury for 100 years. Bentley's headquarters is located in Crewe, Cheshire, and with over 4,000 employees, the car designs, engineering, and handcrafting is entirely in-house and sets the highest quality standards and controls. Bentley, which has been deployed in Crewe since 1946, not only designs and manufactures luxury cars but also operates sensitive to nature. With more than 30,000 solar panels, it provides 40% of the electricity consumption in the plant. In order to maintain the quality of its products and to ensure that all parts, both visible and invisible, are of premium quality, Bentley educates and integrates its employees with apprenticeship programs with the awareness that manpower in every process must be highly skilled and sensitive. One of the top luxury car brands, Bentley continues with four different models; Continental, Flying Spur, Bentayga and Mulsanne. Bentley models, which appear on the most distinguished streets of the world, are designed to be genuinely luxury, not to be the luxury cars of their segment. 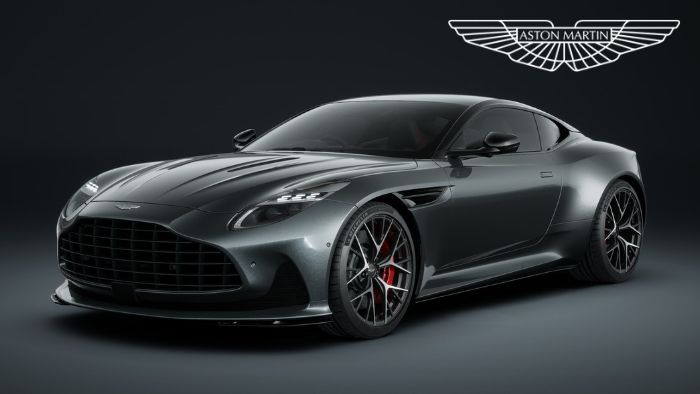 
In the third place of our list, another British manufacturer took its place. Founded in London in 1913, Aston Martin is a luxury sports car brand rather than the classic style of Rolls-Royce and Bentley. Aston Martin, founded by Lionel Martin and Robert Bamford, appears to be a British cultural icon. With the acquisition of Aston Martin by David Brown in 1947, the brand has taken on a new identity and focused on success in the world of motorsport. Bringing the DB series to life with the initials of his name, David Brown has made a great effort to win his first victory in the 24 Hours of Le Mans race, which the company has participated in since 1928. And in 1959, Aston Martin, one of the top luxury car brands, won the 24 Hours of Le Mans. In addition to Aston Martin's technical and sporting achievements, the use of the DB5 by James Bond in the 1964 Goldfinger film created a huge success. The DB series cars, the first of which was launched in 1948, have always been Aston Martin's flagship models. At the moment, the brand's production line is exiting the DB11 and proudly bearing the Aston Martin logo on the roads. In addition to the DB series, Aston Martin has produced many legendary models such as Le Mans, Ulster, Virage, and Vanquish and has been among the top luxury car brands since its inception. Although it has struggled with economic difficulties in different periods, it has always managed to develop and maintain a solution. Today, Aston Martin manufactures Vantage, DB11, DBS Superleggera, Rapide AMR, and Valkyrie models. The brand has been manufacturing high-performance super luxury sports cars in every aspect in terms of technical and design since its first days. 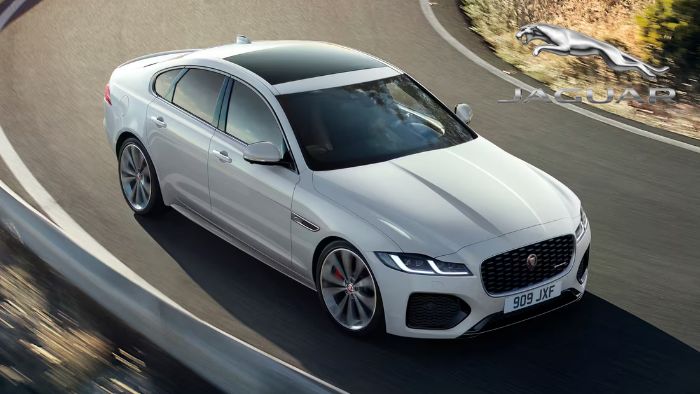 
Jaguar, which is one of the top luxury car brands today, has not started its life in this way. Founded in 1922 by two motorcycle enthusiasts, William Lyons and William Walmsley, the Swallow Sidecar Company produced motorcycle sidecars in their early years. In 1935 they gave the legendary brand's name to the first car they produced, SS Jaguar 100. In 1945, the company changed its name to Jaguar Cars. In this way, the legendary British car brand, which offers luxury and performance together, has literally emerged. Headquartered in Whitley, England, Jaguar has always been a brand that the giant companies of the automotive industry want to acquire due to its brand value. For this reason, Jaguar has experienced mergers and separations with British Motor Corporation, Ford, Land Rover, and Tata Motors, but never abandoned its quality and design approach. Jaguar has turned this into an advantage and has successfully used the knowledge of working with different companies both in the development and marketing of new automobiles. Over the years, Jaguar has developed legendary models such as XK, XJ, Mark, C-D-E Type, and has continued to exist in the world of motorsport. Jaguar is one of the rare brands that can win the Le Mans 24 hours race more than once and has also taken part in the fastest and most innovative platforms of motorsport, Formula 1 and Formula E. With innovative cars such as the Jaguar XK120, the fastest production car of its time, Jaguar has always managed to offer luxury and performance together. The classic Jaguar models, which distinguish themselves from all other brands with the grille design in the front section, dominated the roads in their production years, and are now among the most popular antique car models in the auction halls. Jaguar, one of the top luxury car brands, continues to stand out with its designs and technologies integrated into its cars. 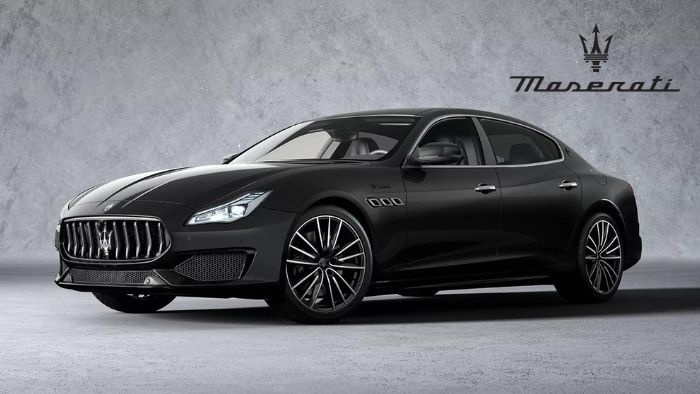 
Maserati, one of the top luxury car brands, is a legendary brand based on racing cars. Maserati, a brand that designs sports cars that embellish dreams, is the legacy of Rodolfo Maserati, his wife Carolina Losi, and their seven children. In 1914, Alfieri, Ettore and Ernesto Maserati opened their first car workshop in Bologna and called it Societe Anonima Officine Alfieri Maserati. And the other brother, Mario Maserati, designed the legendary the trident logo that complimented the Maserati cars. In 1926 the Alfieri, Ernesto and Ettore brothers produced the Tipo 26, the first car called Maserati. Maserati race cars have achieved many successes, and the brand has gained global fame. The famous entrepreneur Adolfo Orsi acquired Maserati in 1937 and moved the legendary brand to its current home, Modena. Maserati, which continued its sporting successes, won the Indianapolis 500 twice in a row. And in 1947, with the introduction of the A6 1500, designed by Pininfarina at the Geneva Motor Show, Maserati shifted its focus from race cars to luxury everyday cars. The brand, which never gave up its passion for performance, now produced cars with more luxurious equipment that could be used in daily life. In 1957, Juan Manuel Fangio's Formula One world championship, driving the 250 F, proved once again Maserati's two-way success. First, Quattroporte joined the Maserati family, followed by Ghibli, designed by Giorgetto Giugiaro. About 30 years later, the 3200 GT became new member of the GranTurismo family. Quattroporte and Ghibli have been proud to carry the trident logo for more than 50 years, and once again show that a brand must incorporate loyalty and innovation to be one of the top luxury car brands.