Best Chef Movies of All Time

All of us has a passion to cook, a little bit or more. Although we do not want to be a chef, we enjoy watching movies that have a chef inside.

These artists create a new world on every dish with a different arts each day. We always enjoy to watch the movies about chefs and their kitchens. Let's take a look at the Hollywood productions that are all about the chefs and the art of cooking.

Best Chef Movies of All Time 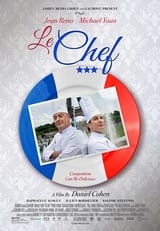 Le Chef
Stars : Jean Reno, Michaël Youn, Raphaëlle Agogué
One of the most famous chefs in Paris needs help to save his restaurant and protect his stars. Could it be that a rookie with no experience can provide this assistance?
2 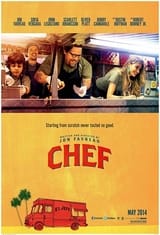 Chef
Stars : Jon Favreau, Robert Downey Jr., Scarlett Johansson
This is the story of a successful chef taking his own path and a journey full of flavor with his son. This is the gripping and entertaining story of a chef who has trouble with his boss and newspaper critics when he is the chief chef of one of the most famous restaurants in Los Angeles, and the real success he chases with a food truck is to be with his family.
3 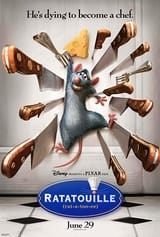 Ratatouille
Stars : Brad Garrett, Lou Romano, Patton Oswalt
Remy dreams of becoming a famous French chef, although he is a member of the rat community. One day, when fate drags Remy into the sewer under Paris, Remy finds himself close to the restaurant of the famous chef Auguste Gusteau. All he has to do now is cooking at this restaurant, despite all the dangers. Remy, who makes an uncommon friendship with a kitchen worker, begins to pursue his dream and tries to revolutionize French cuisine. How far will it be possible for him to do these things as a rat?
4 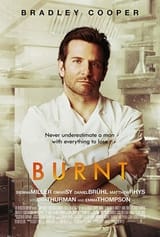 Burnt
Stars : Bradley Cooper, Sienna Miller, Daniel Brühl
Adam Jones, once one of the best chefs in Paris, has lost his entire career in the swamp of drugs and alcohol. In his career, which he started again with the help of an old friend, he wants to continue his Michelin star adventure with his new team.
5 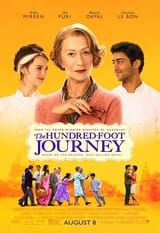 The Hundred Foot Journey
Stars : Helen Mirren, Om Puri, Manish Dayal
Hassan Kadam is an extraordinarily talented and creative young cook. Having to leave their lives in India, he and his family settled in a charming French town. They want to open an Indian restaurant in this settled town. However, the restaurant of the famous Madame Mallory is just across the street. The battle between them will continue until Madame Mallory discovers the extraordinary abilities of Kadam and protects him.
6 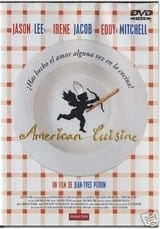 Cuisine Americaine
Stars : Jason Lee, Eddy Mitchell, Irène Jacob
Former navy chef Loren goes to Paris to apply as an apprentice at chef's restaurant who has inspired him. Loren has a lot to learn in the chef's restaurant. Loren, who works hard to become a master cook, has only one problem with her chief, what is the Chief's daughter.
7 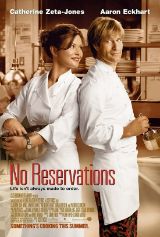 No Reservations
Stars : Catherine Zeta-Jones, Aaron Eckhart, Abigail Breslin
Master Chef Kate is a successful businesswoman who has established her own order between her restaurant and her home. When she has to take care of her young nephew one day, she is faced with a situation that she has never been used to in his life. To assume responsibility for someone else. In addition, the new assistant chef in the restaurant will also mix things emotionally more.
8 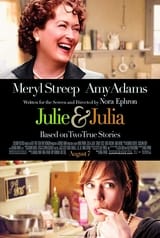 Julie & Julia
Stars : Amy Adams, Meryl Streep, Chris Messina
New Yorker Julie Powell, sets a bold goal for herself as she continues her daily life. Julie sets out to prepare 524 recipes written by Julia Child in "Mastering the Art of French Cooking" and to share it with her followers on the blog she opens. In addition to Julie's story, you can watch the true story of how Julia conquered French cuisine, fearlessly and with a great desire.
9 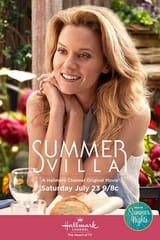 Summer Villa
Stars : Hilarie Burton, Victor Webster, Emorphia Margaritis
A chef who wants to get away a bit after a bad review and a writer is looking for a muse for her new book. Although the first rendezvous in the city is a bit troublesome, their encounters in a villa on the French Riviera will lead to developments they had never planned.
10 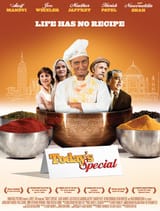 Today's Special
Stars : Aasif Mandvi, Jess Weixler, Naseeruddin Shah
Samir is a chef working at a restaurant in New York. However, he wants to leave home and listen to the voice of his dreams and go to Paris to become a master chef. When he takes a full step in this matter, his father's heart attack will ruin all his plans. Now that his father is unable to work, he has to take care of his father's restaurant. When he is having difficulty in accepting this situation, who will help Samir in making Indian food and mesmerizing everyone with his food?
11 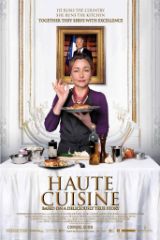 Haute Cuisine
Stars : Catherine Frot, Arthur Dupont, Jean d'Ormesson
Hortense Laborie produces truffle mushrooms on her farm in the village and makes village food. One day she is offered to become the French President's personal chef and moves to the Élysée Palace. The arrival of the new female chef to the palace and having her own special techniques will not please the old kitchen workers and cooks.
Trends in Lifestyle