Top 22 NBA Players of All Time

Michael Jordan or LeBron James, Shaq or Kareem, Kobe or Jordan and etc. We compare them all the time. Statistics, rings, popularity or contracts. But we sure that they are the best all of time.

Top NBA Players of All Time

Top 22 NBA Players of All Time 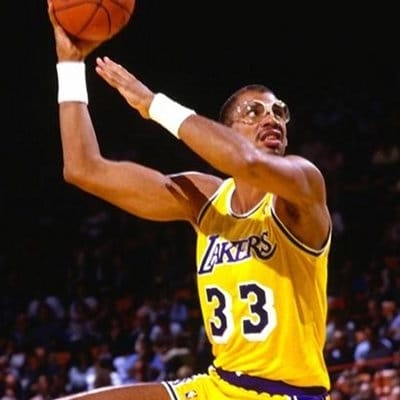 Kareem Abdul-Jabbar
#1 Emperor of Hooks
Career Years: 1969-1989
Career Teams: 1969-1975 Milwaukee Bucks, 1975-1989 Los Angeles Lakers
Kareem Abdul-Jabbar is the most scoring player in NBA history (38,387 points). Abdul-Jabbar can be considered as the most talented and successful player of the 1970s and 80s. Abdul-Jabbar was selected in 1st Round and 1st Pick in 1969 NBA Drafts. Kareem won the NBA Rookie of the Year award in the same year. During his career, Abdul-Jabbar was a record six-time NBA Most Valuable Player, a record 19-time NBA All-Star, a 15-time All-NBA selection, and an 11-time NBA All-Defensive Team member. In his career, Kareem was a member of six NBA championship teams as a player and two more as an assistant coach. Abdul-Jabbar was selected twice NBA Finals MVP. 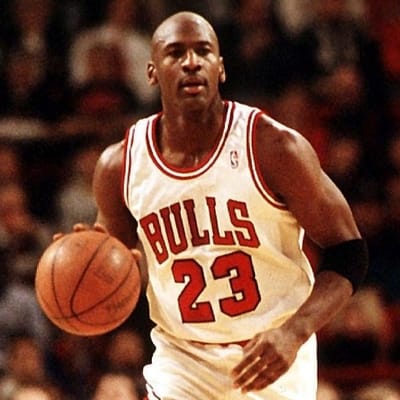 Michael Jordan
#1 Best Scorer of All-Time
Career Years: 1984-1993, 1995-1998, 2001-2003
Career Teams: 1984-1993, 1995-1998 Chicago Bulls, 2001-2003 Washington Wizards
Michael Jordan, in the opinion of many people he is the greatest basketball player of all time. The six-time championship, the five-time Most Valuable Player award and numerous records are the main reasons why we can give him the title. Michael Jordan has been the best scorer in 10 seasons and this is a record. In addition, he was selected nine times in the NBA All-Defensive First Team. It is seen that Michael Jordan is a star with defensive features as well as offensive-power. Career averages, two times the Olympic Gold Medal, NBA Rookie of the Year Award, the All-Star team for which he has been selected 14 times, is a certain little part of Michael Jordan's career and achievements. 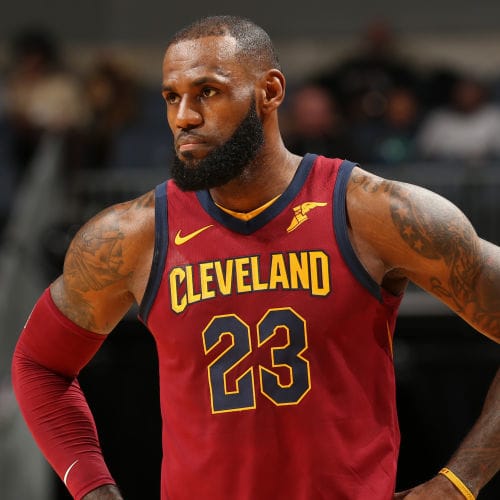 LeBron James
#1 King of 2000's
Career Years: 2003-present
Career Teams: 2003-2010 Cleveland Cavaliers, 2010-2014 Miami Heat, 2014-2018 Cleveland Cavaliers, 2018-present Los Angeles Lakers
LeBron James is the most complete basketball player of the 2000s. With 3 championships and 2 Olympic Gold Medals, LeBron is a success icon that ranks high in all statistics. He started his career in Cleveland and went back to his home after the two championships with Miami Heat. After he turned to Cleveland, he reigned the championship with Cleveland Cavaliers. LeBron James, who currently continues his career in the Los Angeles Lakers, is perhaps the most successful basketball player in NBA history in career statistics. Wearing the All-Star jersey 15 times, winning 4 times the Most Valuable Player award, 12 times the All-NBA First Team, 5 times the NBA All-Defensive First Team, LeBron James won the NBA Rookie of the Year award in 2004. LeBron James, who was directly drafted from the High School to the NBA, was not difficult to predict at that time that he would jump his career steps so successfully and have such a career. 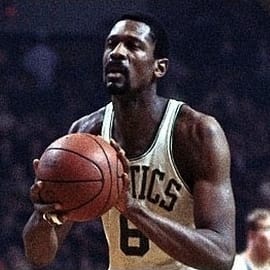 Bill Russell
#1 Center of Celtics
Career Years: 1956-1969
Career Teams: 1956-1969 Boston Celtics
Words are not enough to describe the achievements of some athletes. Bill Russell had 11 championships in 13 years career. He is one of two athletes who won most league titles in American sports history. Bill Russell has won five-time the NBA Most Valuable Player and has been named 12 times the All-Star. During his university career, he was the leader of his team in two championships in the NCAA league with the University of San Francisco. In addition, he won a gold medal with the American National Team at the Summer Olympics in 1956. Bill Russell is arguably one of the most important players in NBA history. 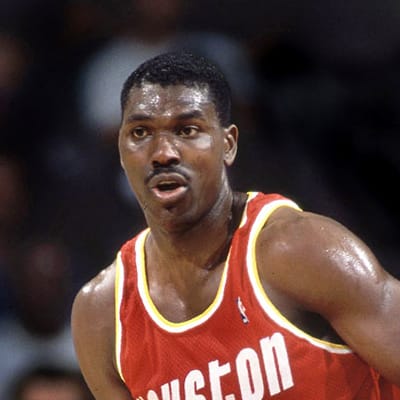 Hakeem Olajuwon
#1 Legend of Houston
Career Years: 1984-2002
Career Teams: 1984-2001 Houston Rockets, 2001-2002 Toronto Raptors
If we say he's the most important basketball player in the history of the Houston Rockets, I guess no one is against it. When he was selected as number one in the draft elections in 1984, this was no surprise. Hakeem won the championship with Michael Jordan's break in basketball and won the championship ring twice in 1994 and 1995. Hakeem Olajuwon, who won the Most Valuable Player award in 1994, was selected 12 times in the All-Star team. In 1985, Hakeem started his NBA career by winning the Best Rookie award and his 34th jersey was retired by the Houston Rockets. Hakeem Olajuwon was one of the few best players in the low post during his career. His success in rebounds, points and blocks statistics makes Hakeem one of the most important pivots in NBA history. 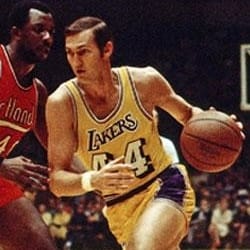 Jerry West
#1 Logo of NBA
Career Years: 1960-1974
Career Teams: 1960-1974 Los Angeles Lakers
Jerry West is one of the most important guards in NBA history. The NBA logo was created using his silhouette. In addition to his playing career, he has a very successful career as an executive. Jerry West was picked Round 1, Pick 2nd at the 1960 draft. In his 14-year career, he had a championship with the Los Angeles Lakers. Jerry West, who once won the Finals Most Valuable Player award, has been named All-Star 14 times. He won 8 titles in his executive career. He has the Scoring Leader in 1970 and the Assist Leader in 1972. Jerry West's number 44 was retired by the Los Angeles Lakers. In addition, Jerry West is a Hall of Fame member. 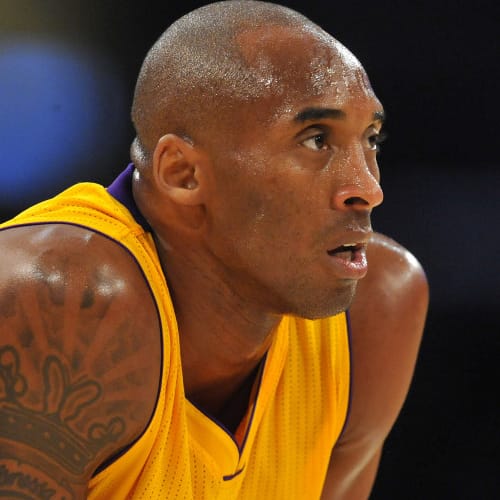 Kobe Bryant
#1 Best Scorer of 2000s
Career Years: 1996-2016
Career Teams: 1996-2016 Los Angeles Lakers
Kobe Bryant is the most successful scorer of the 2000s, according to most basketball fans. He has made his mark on the NBA history with five championships and two the Most Valuable Player of the Finals. With the pair he formed with Shaq, Kobe gave the Los Angeles Lakers the golden seasons of the 2000s. Kobe Bryant was selected 18 times for the All-Star team, 11 times for All-NBA First Team, and nine times for NBA All-Defensive First Team. A complete player, Kobe is the best scorer in the NBA after Michael Jordan. Kobe Bryant, who has spent his entire career in the Los Angeles Lakers, won two Olympic gold medals with the US national team. 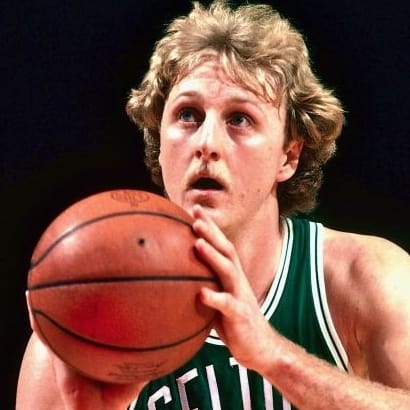 Larry Bird
#1 Best Sharp Shooter
Career Years: 1979-1992
Career Teams: 1979-1992 Boston Celtics
Larry Bird is the most important long-range shooter of the 1980s. In his 13-season Boston Celtics career, Bird has won three NBA titles and was named the most valuable player of the finals twice. Larry Bird, who won the most valuable player of the season three times in a row between 1984-86, is one of the members of the dream team that took part in the Summer Olympics held in Barcelona in 1992. Bird, who has retired his number 33 shirt by the Boston Celtics, is, according to many authorities, the most successful white player in NBA history. In 12 of his 13 seasons, he was elected to the All-Star team and was named 9 of All-NBA First Team in the league. Larry Bird is one of the most important stars in NBA history, not only in his time. 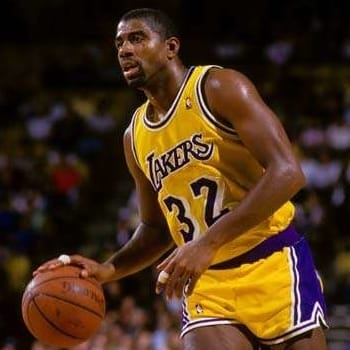 Magic Johnson
#1 Magic in Hollywood
Career Years: 1979-1991, 1996
Career Teams: 1979-1991, 1996 Los Angeles Lakers
Magic Johnson is one of the most important playmakers in NBA history. He has won the nickname Magic as a unique player with his long height and ability to read games. With a unique pass ability, Magic Johnson is the unchanging playmaker of the Los Angeles Lakers, the most successful team in the 1980s. He also served as a member and playmaker of the Dream Team formed by America at the Barcelona Olympics held in 1992. Although Magic Johson ended his NBA career early due to his AIDS disease, he has achieved many successes. 5 times NBA champion, 12 times All-Star, 4 times NBA assists leader, 3 times finals MVP, 3 times regular-season MVP are just some of the awards and achievements. 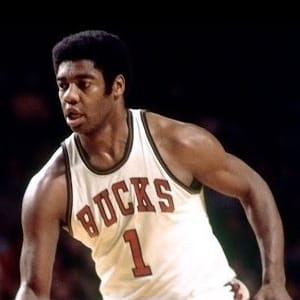 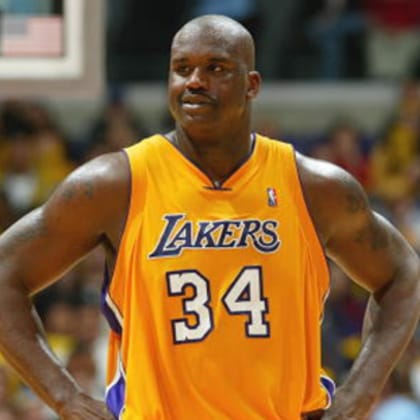 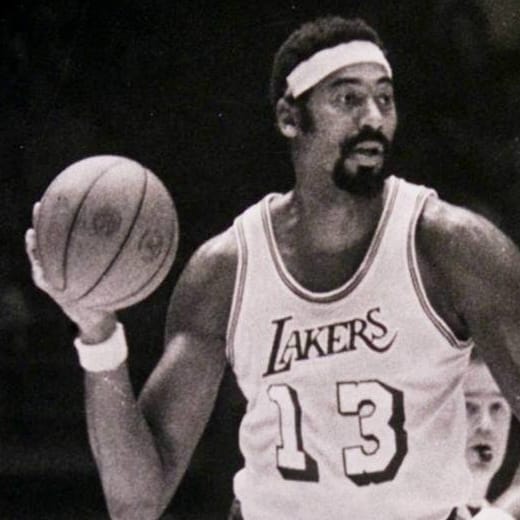 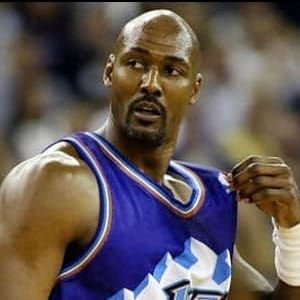 Karl Malone
#1 Postman of the World 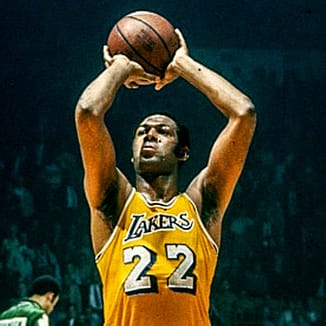 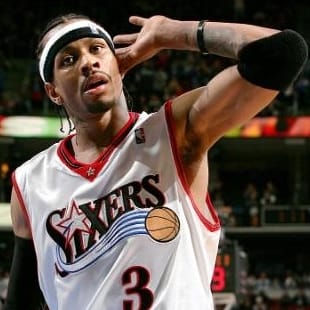 Allen Iverson
#1 Name of the Crossover 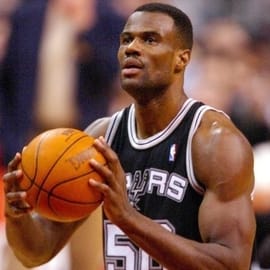 David Robinson
#1 the Admiral of the League 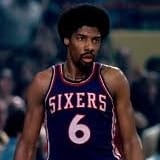 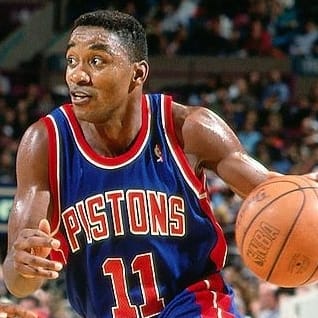 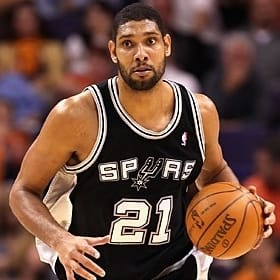 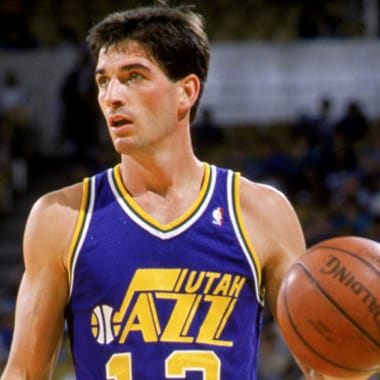 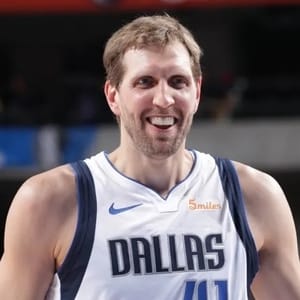 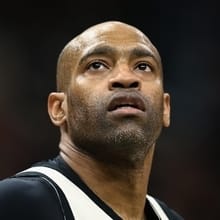