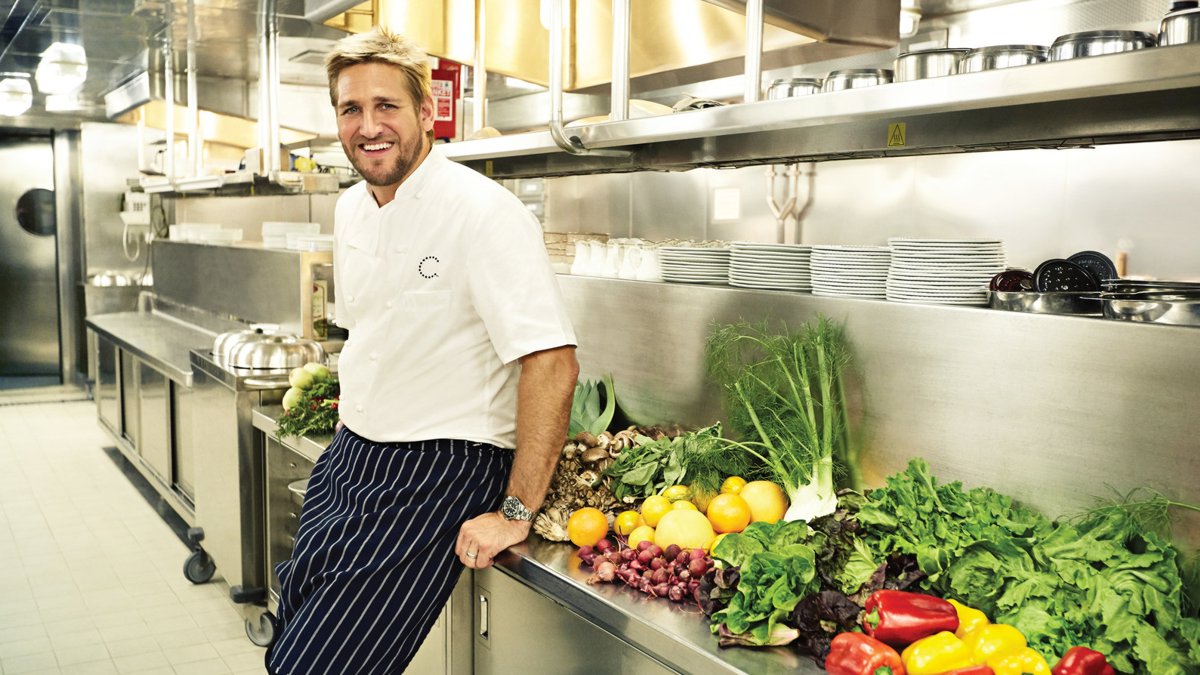 Good food lies at the heart of a great vacation. Recognizing this, cruise lines are working with top chefs around the world to create innovative and delicious menus that add extraordinary tastes to the list of cruise vacation memories.

The move to bring top chefs to the high seas is a reflection of the increasing interest in all things food-related in mainstream culture.

Thanks to TV cooking shows and food competitions, more people are talking about food. And more cruise guests are identifying themselves as "foodies," said cruise expert and influencer Vanessa Lee.

"For these 'foodies,' it's important that cruise ships provide a wide-ranging choice of restaurants on today's ships, and that includes working with land-based chefs at the top of their trade," Lee said. "Today, you can sample the cuisine of some of the best chefs in the world on cruise ships."

Some of the top chef experiences are complimentary, others are not. All present extraordinary value compared to dining at top-flight establishments on land, Lee said.

"Look at ultra-luxury line Seabourn and the connection with Thomas Keller, America's top chef," Lee explained. "If you manage to get a reservation at one of Keller's Michelin-starred restaurants - such as Per Se in New York or French Laundry in Napa Valley, California - the meal would likely cost several hundred dollars. On Seabourn ships, the experience at The Grill by Thomas Keller is no less extraordinary and included in your cruise fare."

Cruise lines are more open to experimenting with cuisine. So are their guests. As new partnerships are formed, top chefs are responding with innovative ideas.

"I think food is an integral part of the global experience while traveling," Stone said. "And bonding over conversation and through sharing in a beautiful dining experience, guests can walk away with memories to last a lifetime."

The six-course dining experience at SHARE (cover charge $39 per person) focuses on fresh, regional ingredients to reflect the cruising regions.

"Working with the food and beverage team at Princess Cruises, we were able to identify areas where we could highlight unique flavors and ingredients based on where a ship was located around the globe," Stone said. "We've been able to develop an incredible menu as a result, with plenty of choices for guests to curate their own culinary journey."

"Flavors and ingredients vary around the world, so being able to sample dishes provides inspiration when you get back into the kitchen at home," Stone said.

Check out these great top chef creations on cruise lines:

AIDA Cruises: Germany's AIDA Cruises has a partnership with the rock star of German TV chefs, Tim Malzer, who comes onboard and mingles with guests of every age on select sailings of the AIDAprima. Malzer worked with the line in developing an enhanced cooking school program, which debuted last year on AIDAprima, with classes for both children and adults and special workshops on healthy and sustainable products. The top chef's dishes are also featured as a daily choice in restaurants throughout the fleet.

Costa Cruises: Italian chef and TV personality Bruno Barbieri, who has impressively earned seven Michelin stars in his career, created a special menu for the Costa fleet, setting the goal of taking guests on an "emotional culinary journey." As a result, one might sample, for instance, a "tortellini" in a Parmesan and bay leaf fondue, which the chef said was inspired by his own family. Salmon steak with a potato crust is among main courses, warm chocolate and walnut pudding with blackberry sauce among desserts. A separate menu caters to vegetarians with dishes such as a vegetable brochette dipped in spices.

Carnival Cruise Line: Food Network star and restaurateur Guy Fieri created such a "rockin'" burger for the poolside Guy's Burger Joint (now on 19 of the line's 25 ships) that passengers will order more than 5 million of them this year. At Guy's Pig & Anchor Bar-B-Que Smokehouse on select ships, including Carnival Vista, guests can chow down on Fieri's Championship Pork Butt and Famous Blue Ribbon Chicken. The new Carnival Horizon, debuting in April, introduces the first-ever Guy's Pig & Anchor Bar-B-Que Smokehouse Brewhouse, a full-service restaurant with a menu of BBQ favorites and craft beer brewed on board.

P&O Cruises: Britain's top chefs are well represented shipboard including the acclaimed godfather of British cooking, Marco Pierre White, with a gala dinner menu featuring such dishes as Devonshire crab and scallop ceviche and classic beef Wellington with a wild mushroom and Madeira duxelle. TV personality, wine expert and passionate foodie Olly Smith curated the list of wines at The Glass House on the Azura, Britannia and Ventura. The flavorful cuisine of Michelin-starred Indian chef Atul Kochhar is showcased at the fine dining restaurant Sindhu, on six ships.

Seabourn: Guests on Seabourn have opportunity to indulge in the extraordinary cuisine of Thomas Keller in both elegant and casual settings. The Grill by Thomas Keller is the chef's modern take on a classic steakhouse, with a menu that includes Caesar salad prepared tableside, lobster thermidor, "true rib-eye" of Snake River Farms Beef and perfect roasted chicken. Thomas Keller selections are available in the main restaurant, and the top chef's family-style meals, one themed on Pork Ribs, are a casual dining option on select nights.