In An Extraordinary Event, Eight Eurythmics Albums Will Be Released On Vinyl In 2018 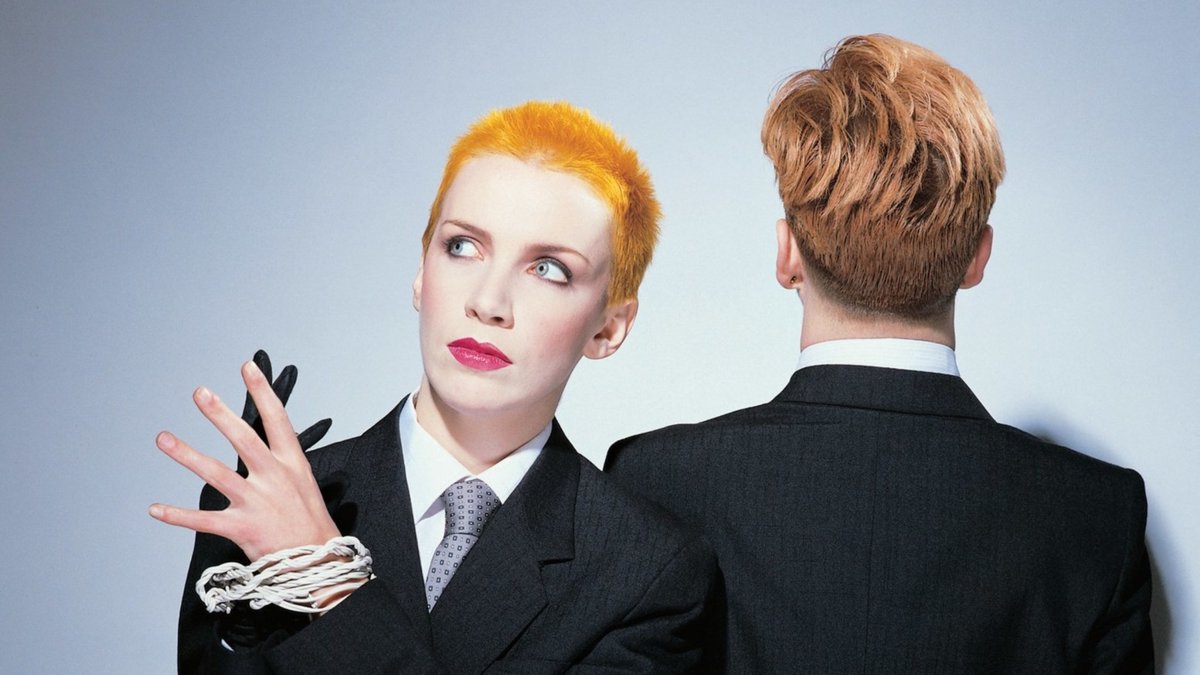 One of the most revered and respected pop groups of the 1980s, Eurythmics, with over 20 international hits and 80 million albums sold, is in the spotlight once again, both for their nomination for the 2018 induction into the Rock & Roll Hall of Fame and the impending re-release of their eight studio albums on vinyl. Spanning their entire career, the albums will be released by RCA/Legacy Recordings, the catalog division of Sony Music Entertainment between April and October 2018, starting with In The Garden (1981), Sweet Dreams (1983) and Touch (1983) on April 13, 2018, followed by Be Yourself Tonight (1985), Revenge (1986) and Savage (1987) in July 2018 and We Too Are One (1989) and Peace (1999) in October 2018. This will be the first time that Peace will be available on vinyl, as the original release was only available in two formats: CD and cassette.

"In the early '80s, videos were a new and innovative phenomena, offering musical artists the possibility to feature interpretations of their songs through the combined medium of moving imagery and sound," says Lennox. Eurythmics embraced this concept wholeheartedly as a fresh expression of the creative process which came naturally and easily to them. EURYTHMIX by EURYTHMICS is a brand-new long form video piece, using excerpts from their prolific creative outpouring throughout the years, representing the broadly eclectic range of the musical and visual legacy created by the duo. It is classic, timeless and visionary.

Dave Stewart and Annie Lennox both have a long relationship with the vinyl format. "My dad blew my mind when I was six years old because he built his own Gramophone," says Stewart. "He had the albums for every Rodgers & Hammerstein musical and he switched his homebuilt record player on and you heard this crackling sound and then, 'Boom!' I remember walking to school singing 'I Enjoy Being a Girl.'"

"We had a pink, plastic Dansette record player," recalls Lennox. "Someone gave me some birthday money and the first record I bought was Mary Poppins. It was magical and wonderful. Before that, I used to visit my grandparents and they had a 78rpm record player. I'd go in the attic and find their box of records. I was entranced by The Merry Widow."

As for the release of the eight Eurythmics albums on vinyl, Annie calls the event "extraordinary." Dave adds, "To buy a vinyl album, you have to have a record player and you have to have speakers, and this is a great thing because that means people are going to listen to your music not on a cell phone, but they're going to listen to it out of a sound system, which is what we all did when we were growing up. The important thing about vinyl releases is that people buy them and actually put them on the turntable and listen to a side, because we chose the tracks to be played in a particular order, and that was really important."

"If you're doing a concert, it has to have a shape," Annie elaborates. "Otherwise, it's just disparate. So we gave a lot of thought to the order of the songs. Dave would write his order and I would write mine. We might shift a song but we would come to an agreement so the listening experience had a continuum on one side and then you would flip the album over."

As for the new vinyl releases, Stewart assures, "They will sound better. In the archives, we have the original half-inch masters, which have a fantastic sound. That's what we're going from, not the digital remasters where the sound has been compressed."

Listening to the career-spanning set of eight albums, one realizes why Eurythmics were so acclaimed by critics and fans alike, and why they won so many awards, including an MTV Music Video Award for Best New Artist in 1984, a Grammy for Best Rock Performance by a Duo or Group in 1987, three Ivor Novello Awards, a Brit Award in 1999 for Outstanding Contribution to British music (plus 10 more Brit Awards for Stewart and Lennox), a Silver Clef Award in 2000, as well as the duo's 2005 induction into the U.K. Music Hall of Fame and 26 ASCAP Awards to "Sweet Dreams (Are Made of This)" for most performed song of the year.

The eight Eurythmics studio albums being released on vinyl in 2018 will all feature the original artwork, illustrations and liner notes.