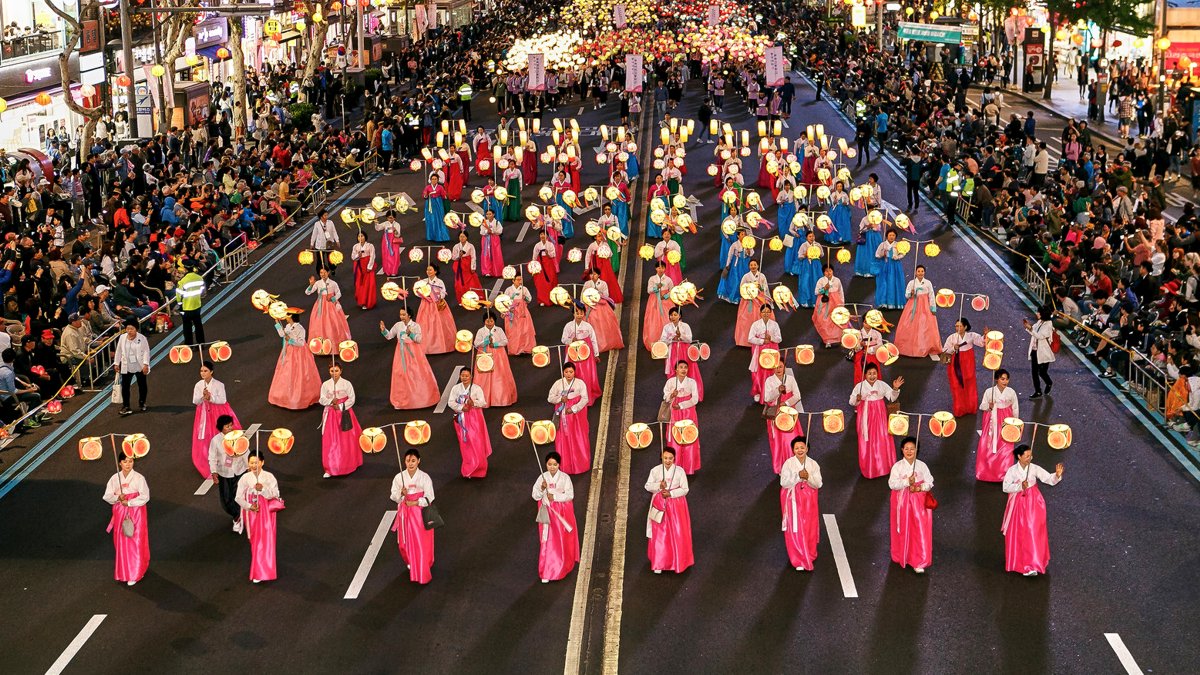 Yeon Deung Hoe, meaning "lantern-lighting ceremony" and known as "Lotus Lantern Festival", is originally an event with Buddhist significance, but is now becoming a cultural festival for everyone in South Korea.

The festival has a long tradition of more than 1,200 years and is designated as Korea's National Intangible Cultural Property No. 122 by Korean government. It boasts the largest number of visitors among all Korean festivals, and also attracts the largest number of foreign visitors. In 2017, there were more than 300,000 native Korean and 30,000 foreign visitors at the festival. Over 50,000 people actively participated in crafting lanterns, the lantern parade zones or Madang* experience of the traditional cultural event, as volunteers. This high number of volunteers is one of the unique elements of the Lotus Lantern Festival.

It is possible to find the energy of Lotus Lantern Festival (Yeon Deung Hoe) in the Buddhist idea of the larger world where people are not differentiated but connected with each other. Just as a lantern brightens the world, the participants light up the festival with their time and energy for the enjoyment of all people.

In each element of the Lotus Lantern Festival is the sweat and effort of many Buddhists, from the individually crafted parade lanterns to the grand group lanterns constructed over the past year, the dances and songs of the Eoullim Madang and other such events.

The Date of the festival changes every year as it opens through the weekend right before the Buddha's birthday on April 8 on the lunar calendar. In 2018, the festival will be held on May 11 (Fri)-13 (Sun) in Jongno street downtown Seoul Korea and Buddha's birthday will be on May 22(Tue). The Lantern Parade, an exhibition of traditional lanterns and traditional cultural events will be held over the festival. Everyone can join to share the millennial heritage of "Yeon Deung Hoe," the Lotus Lantern Festival.