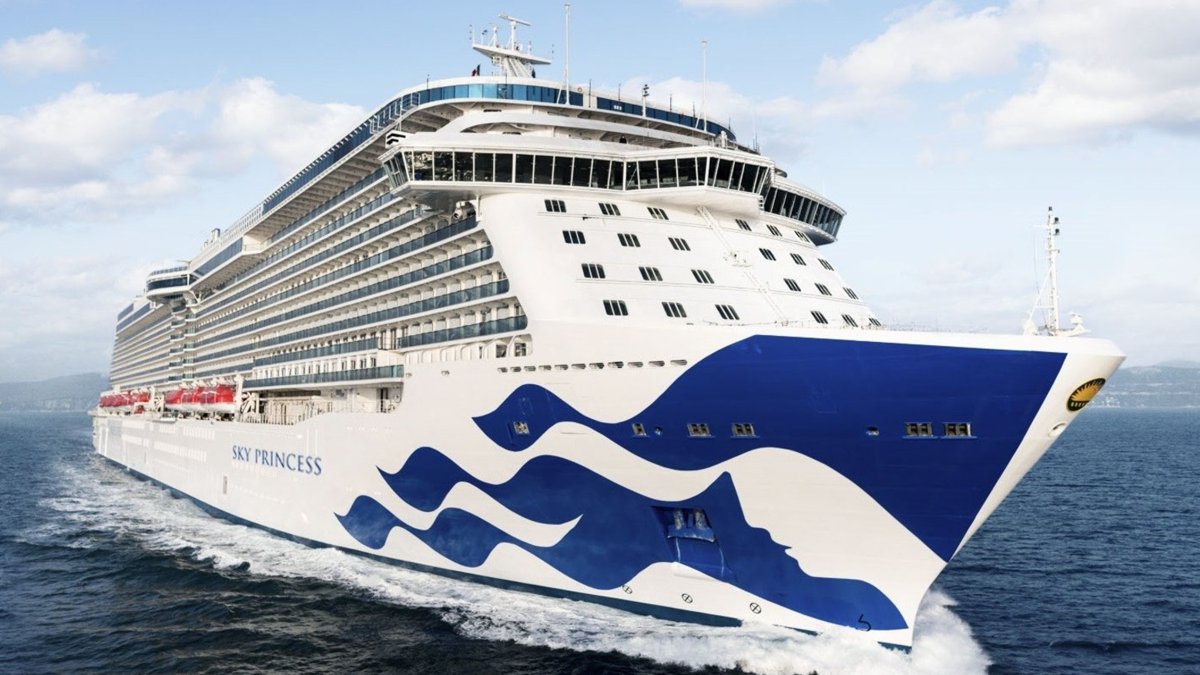 The 143,700 ton, 3,660-passenger vessel will feature an evolution of the successful design platform used for previous Royal-class ships. Sky Princess will include signature elements that have become synonymous with the brand's best-in-class guest experience, and bring together the best features found on her Royal-class sister ships - Royal Princess, Regal Princess and Majestic Princess. Highlights will include a soaring central Piazza-style atrium, Princess Live! entertainment venue, the relaxing adults-only Sanctuary, Camp Discovery youth and teen centers, and a wide variety of guest-favorite dining venues including the Salty Dog Grill, Alfredo's Pizzeria, Vines Wine Bar, Chef's Table Lumiere, and World Fresh Marketplace, with updated decor and design throughout the ship. Sky Princess will also feature the outdoor "Movies Under the Stars" theater, and 80 percent of all staterooms will have balconies. Finally, some exciting new innovations which will enhance the guest experience even further will be revealed in the coming months.

"Sky Princess continues a Princess Cruises legacy and honors one of our previous ships," said Jan Swartz, group president of Princess Cruises and Carnival Australia. "When Princess merged with Sitmar Cruises in 1988, Sky Princess joined our fleet and sailed with us for 12 years. Now more than 30 years later, a new Sky Princess will join the fleet featuring our modern design platform and contemporary innovations offered to exceed our guests' expectations."

Sky Princess Mediterranean voyages are available for booking starting December 14, 2017. Princess guests holding Elite status in the line's Captain's Circle loyalty program will have the opportunity to secure their booking a day earlier than the general public, on December 13, 2017. A reduced deposit of 10 percent is available for bookings made by August 31, 2018.

The fifth Royal-class vessel is also currently under construction at Fincantieri and will debut in 2020.

Additional information about Princess Cruises is available through a professional travel agent, by calling 1-800-PRINCESS, or by visiting the company's website at princess.com.