Hankook NFC leads the emergence of a "cashless society" in Japan 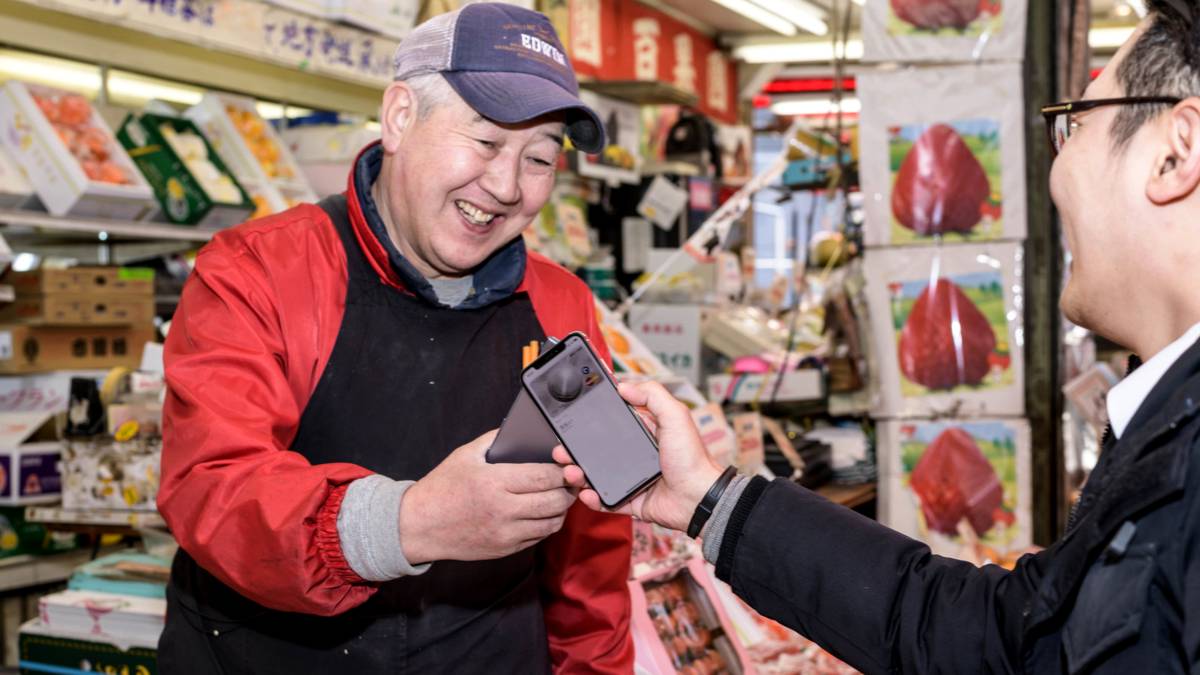 Hankook NFC, a member company of the K-ICT Born2Global Centre, was founded in April 2014 by CEO Richard Hwang. The company's goal is to provide convenient and safe fintech services based on NFC technology, one of the most widely used examples of which is the transportation card for Korea's bus and subway systems.

One major advantage of this payment method is that the user does not need to download or register a mobile application. Moreover, as credit card information is not saved on the smartphone, there is little need to fear losing personal information due to hacking or misplacing the phone.

In addition to its NFC-based payment system, Hankook NFC has developed an NFC self-authentication service and P2P (phone-to-phone) payment technology based on Samsung Pay.

Hankook NFC CEO Richard Hwang said, "Our technology helps offline stores increase their sales via online means. In addition, we provide a function that automatically creates a card payment window on your smartphone when you upload a product photo to your social media account."

This allows store owners who have many followers on social media to sell their products without having to upload photos onto an open market or online shopping mall. The use of direct transaction approval by credit card companies instead of a POS reader or VAN network has the added benefit of cutting costs for small business owners.

Hankook NFC's technology generated even greater excitement in the Japanese market than it did in Korea. In May 2017, the company succeeded in securing an investment of KRW 3 billion from and signing a service partnership contract with a Japanese company. The entire process took six months, starting with Hankook NFC's introduction of its technology in late 2016 and an inspection of the company.

The Japanese partner company, MJS, will be using Hankook NFC's patented technology to provide a phone-to-phone payment service, called Paytomo, throughout Asia. It will be released in Japan in February 2018.

MJS is a Japanese ERP company that is well known domestically for having been listed on the Tokyo Stock Exchange as early as 1997. Together with its partnership with Hankook NFC, MJS founded a subsidiary (MJS Finance & Technology) through which it plans to enter the fintech industry in earnest.

In Japan, the credit card payment rate is quite low, at only 17 percent. The reason for this is that many stores do not accept credit cards due to the high commission fees involved.

Although Apple Pay is highly popular in Japan, as NFC readers have been installed only in subway stations and certain convenience stores, the service is largely unavailable. With Paytomo, however, store owners/merchants need only install the Paytomo app on their smartphones to be able to accept payments via Apple Pay, credit card, or bitcoin, without having to replace their POS reader. Hankook NFC has high expectations for the commercialization of its service in the Japanese market in 2018, with its biggest opportunity being the upcoming 2020 Tokyo Olympic Games. In preparation for the Games, through which Japan aims to attract 40 million foreign tourists to the country, the Japanese government and credit card companies are making aggressive efforts to expand the availability of credit card payment services.

Furthermore, with Japan having increased the consumption tax from five to eight percent, store owners have even more cash on their hands, leading to money management issues and increased general agreement on the need for Japan to become a cashless society.

Hwang said, "Our investor, MJS Group, is the second largest company in Japan's electronic payment industry and, accordingly, has a nationwide customer base. By combining an investment with a royalty-based contract, we were able to enter the Japanese market faster than engaging in a joint venture or attempting to do so on our own would have permitted."