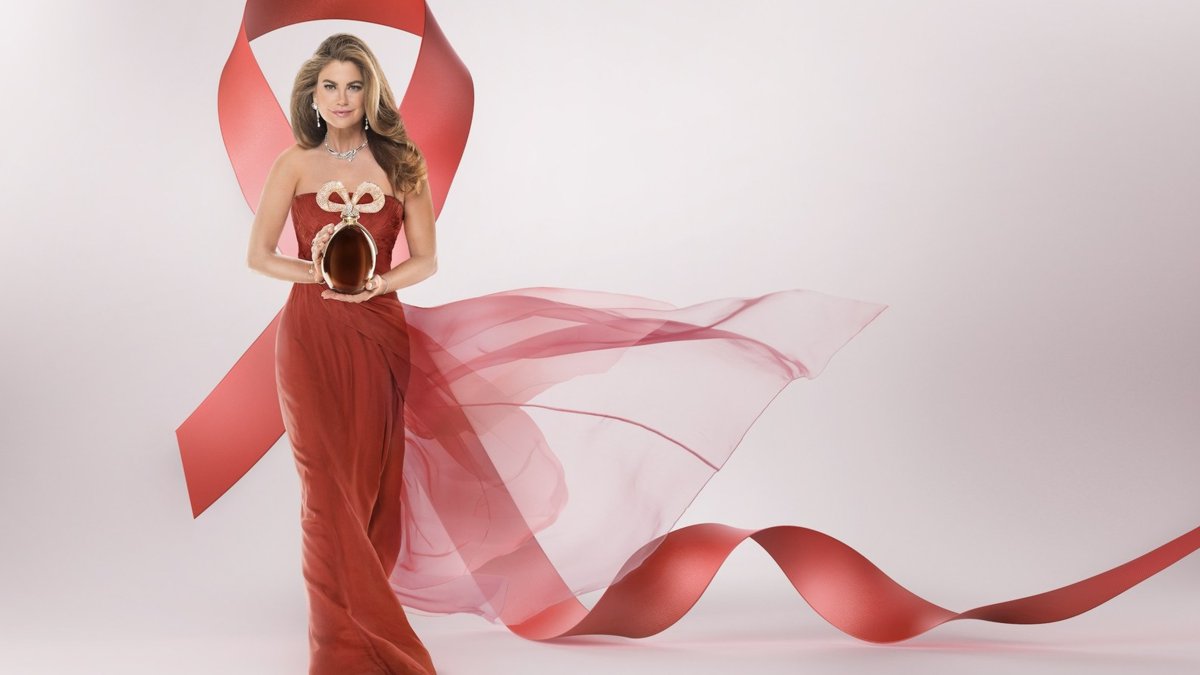 To call attention to the continuing urgency of the battle to address and conquer HIV/AIDS, Level Brands, Inc. has announced that its Chairman Emeritus and Chief Brand Strategist, Kathy Ireland--also chair of kathy ireland Worldwide (kiWW)--has made a 2017 World AIDS Day contribution of $100,000 to The Elizabeth Taylor AIDS Foundation (ETAF). "This funding is a clarion call to the fact that the battle to treat, provide care and to accelerate a cure for HIV/AIDS is far from over and that complacency is the chief obstacle to securing victory," was noted in a joint statement from Jon Carrasco and Stephen Roseberry, Global Creative Director and President, respectively, of Level Brands' companies EE1, I'M1, kathy ireland Health and Wellness as well as kiWW.

Kathy Ireland remarked that the gift "celebrates my dear late friend and mentor, Dame Elizabeth Taylor and her inspiring and unrelenting philanthropy through which she personally willed and powered the global war on HIV/AIDS. Elizabeth still holds those living with HIV/AIDS and those in danger of contracting AIDS under the shelter of her loving wings, assuring that every dollar of donation to ETAF goes directly to care and prevention. Her passionate activism to end HIV/AIDS reigns as one of her most notable and lasting legacies, a fight continued today through The Elizabeth Taylor AIDS Foundation. The organization's ability to give back relies on this great lady's gracious contributions during her lifetime, including arranging for the foundation to continue in perpetuity to have all operating costs paid for by her Trust. Much of Dame Elizabeth's on-going support derives from the sustaining popularity of her iconic White Diamonds perfume fragrance, the only diamonds that saved and continues to save lives."

Ms. Ireland, a world-renowned entrepreneur like her legendary mentor, emphasizes that "World AIDS Day is an important reminder of Elizabeth's demand that we achieve an AIDS free generation. Under Elizabeth's guidance, great strides were made, but the war has not been won. We have not made that happen yet, for the millennial generation, but we must make it happen for the children whose names we know, including: Ezra, Madilynn-Rose, Vivienne and those people we do not know. We constantly meet people of all ages committed to the compassionate dedication Elizabeth lived. That is the amazing legacy Elizabeth left for the world."

"Elizabeth Taylor's passionate activism to end HIV/AIDS and funding that effort, even beyond her passing, reigns as one the most notable and lasting legacies of all time," added Carrasco and Roseberry, each of whom were active participants in the great star's professional activities and philanthropies. "One of the greatest privileges of our entire lives was being in service to Elizabeth when she conceived the HIV/AIDS treatment innovation of bringing vans of pharmacology and medical professionals to people in need during Hurricane Katrina. Elizabeth had countless wonderful qualities. Patience, in the face of suffering, was not one of them. When Elizabeth felt our government could not respond quickly enough to the disaster of Katrina, she stepped in with her foundation, recruited medical teams and wrote personal checks to make an immediate difference. Elizabeth made the work of public health heroes, like Dr. Michael Gottlieb, Martin Delaney, Dr. Margrit Carlson and Dr. Anthony Fauci of the NIAID, powerfully visible. The depth and commitment of Elizabeth Taylor to saving lives, through the scourge of HIV/AIDS, has yet to be told."

"The exemplary way in which the Elizabeth Taylor Trust supports the foundation through its Managing Director Joel Goldman and its Co-Trustees Barbara Berkowitz, Tim Mendelson and Quinn Tivey is an inspiration for everyone who is committed to philanthropy and who uses resources to continue making a difference even beyond their own mortality," notes Ireland. "When talking with Elizabeth about her HIV/AIDS work, she would occasionally say 'I hope I made a little difference.' In fact, Elizabeth made an extraordinary difference by co-founding amfAR and The Elizabeth Taylor AIDS Foundation as well as through her countless heroic deeds to support disenfranchised people who were fighting for their lives, battling bigotry and prejudice, which sadly still exists. There is no question that Elizabeth will always be known as the Joan of Arc of AIDS. At no time, did Elizabeth ever consider the personal dangers and financial costs. It is hard to realize that in the 1980s many people were unaware of what caused HIV/AIDS. Elizabeth was the first person with a global public platform, which she used strictly for good, to say 'We're fighting a disease, not people.' Elizabeth frequently visited patients in a private way. She held them, cared for them, and gave them the greatest human kindness, which is love. There have been many debates about Elizabeth's support of making drugs available to people in need from her home. It was illegal, it was dangerous and it was something she simply had to do. Today, sadly, because Elizabeth never needed or sought publicity, so much of her heroism is unknown, especially to this generation. Children born in this decade must know about this woman, who is so much more than the most celebrated actor in film. Elizabeth is a woman of faith, family and friendship. A great and loving mother and grandmother, she placed the needs of everyone in her life above her own. On Dec 1st, 2017, on World AIDS Day, we salute Elizabeth with this contribution and look forward to continuing it in the years ahead."