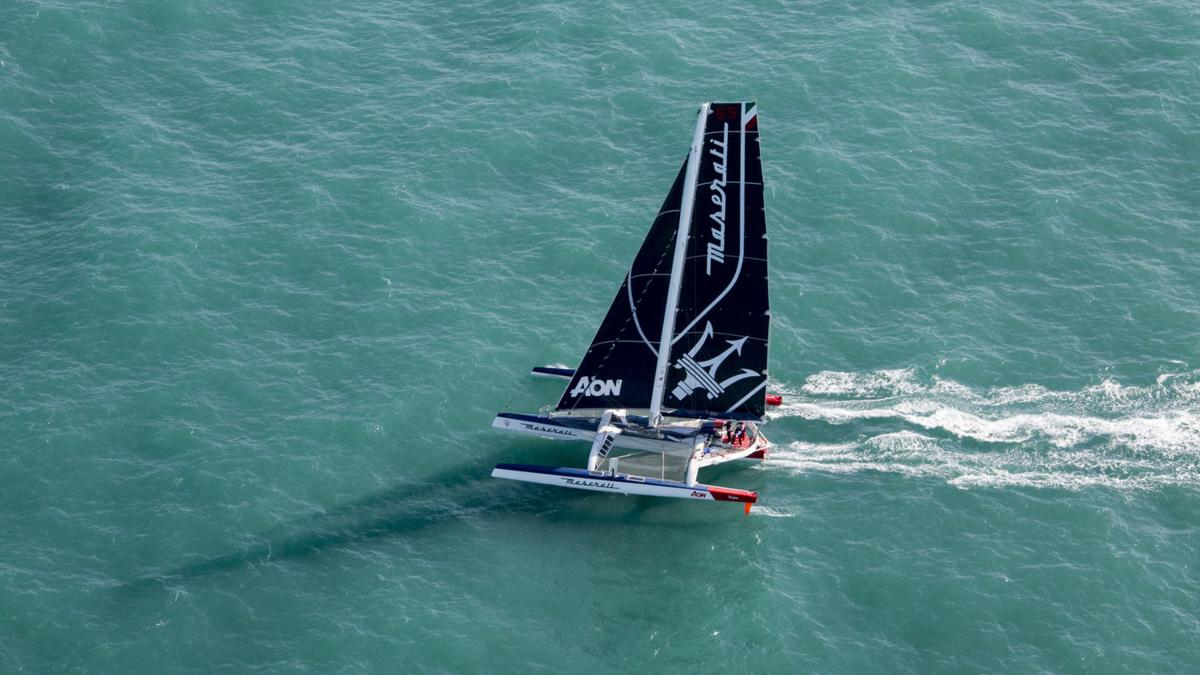 Maserati's sailing team is approaching the Sunda Strait of Indonesia in their record-breaking attempt to sail from Hong Kong to London in less than 41 days, 21 hours and 26 minutes. Legendary skipper Giovanni Soldini, who has more than 25 years of ocean racing to his credit, including two single-handed round the worlds, is continuing his relationship with sponsor Maserati through a fearless journey aboard the Maserati Multi70 trimaran retracing the 13,000-mile "Tea Route" from Hong Kong to London.

To beat the record set in 2008 by Lionel Lemonchois, the 21.20-meter trimaran Maserati Multi70 must cut the finish line under the Queen Elizabeth II Bridge on the Thames in London before March 1.

The Maserati Multi70 is now located between the islands of Borneo and Sumatra, with the Sunda Strait, gateway to the Indian Ocean, now less than 300 miles away. They are ahead of schedule with a 468-nautical-mile lead over the previous record.

Giovanni Soldini and Maserati Multi70's crew – Guido Broggi, Oliver Herrera Perez, Alex Pella and Sébastien Audigane – crossed the Equator late last night at 10:13 p.m. ET. After almost four days of navigation, today at 2:04 a.m. ET, the cartography indicates they travelled the first 1,408 miles of the theoretical route at an average speed of 16.2 knots. On the ground, they really sailed 1,635 nm at an average speed of 18.9 knots, gaining a 468 nm lead over the reference time set by Lionel Lemonchois, Gitana 13's skipper.

"The spirit is high on board. We are all concentrated and motivated," says Giovanni Soldini, skipper of Maserati Multi70. "Compared to the routing simulations we made at the start, we gained about fifteen hours. We passed the worst area of the light winds bubble yesterday. Then, in order to stay in the pressure, we had to keep on jibing towards the Sunda Strait where we should arrive in about 15 hours (around 5:00 p.m. ET on January 22)."

"Then, after the Strait, we will have to see how we will manage to catch the South East trade winds in the Indian Ocean," explains Soldini. "We know the route is still very long but it would be an ideal situation to get there with a lead on the record, because we also know that Lionel Lemonchois pushed hard on the first four days across the Indian Ocean."

Alex Pella explains: "Navigation on board Maserati Multi70 is going on in this incredible sea of China. It is a real slalom between islands, reefs, atolls, merchant ships and fishing vessels not always well marked. It's fun from the point of view of pure navigation but it's not always easy. We have still two difficult passages to do before entering the Indian Ocean. We crossed the equator last night and we are going on with super conditions, stable wind from the north, flat sea and summer heat."

To follow the challenge live, visit the cartography on maserati.soldini.it/cartography/

The challenge is supported by Maserati, the main sponsor that gives the name to the trimaran and Aon as co-sponsor, along with the official supplier for the clothing, Ermenegildo Zegna.