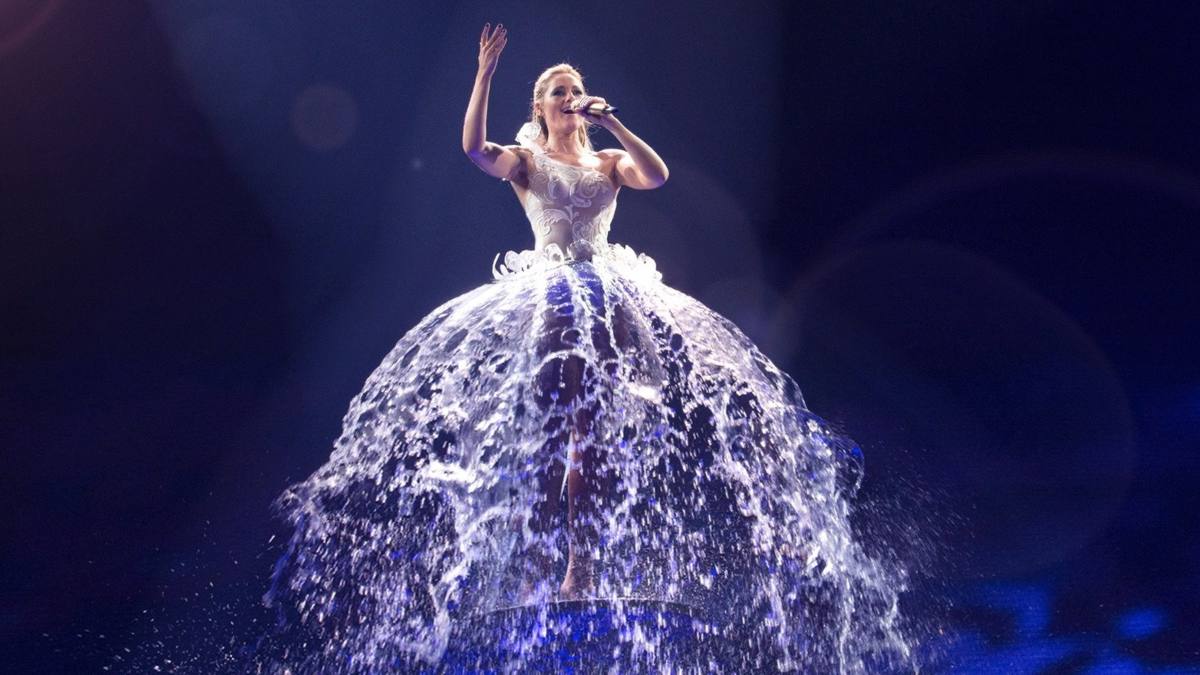 Helene Fischer challenged 45 DEGREES to come up with an imaginative and never-before-seen way to incorporate water into the performance. The result is a truly original work of art and an enchanting moment in the show: a dress made out of actual, flowing water. (CNW Group/45 DEGREES)

45 DEGREES, Cirque du Soleil's events and special projects company, has teamed up with Helene Fischer, one of the most celebrated German singers of all time, to provide complete show design services for her latest tour which premiered on September 12th in Hanover and started its second leg on January 16th in Frankfurt. This venture into the live music industry confirms 45 DEGREES' focus to expand Cirque du Soleil's live entertainment offering and capabilities. Established to create and deliver content for special projects and exclusive events, 45 DEGREES can be credited for some of the biggest productions in the world, including performances at the XLVI Super Bowl Halftime Show, the 84th Academy Awards, Eurovision and the NBA All-Star Game's Opening Show.

45 DEGREES has put forth the storytelling strength Cirque du Soleil is renowned for in this new Helene Fischer tour. In designing the pop icon's show, they provided a full range of services from creation to production, including artistic direction, lighting, choreography (dance and acrobatics), SFX, props design, video content, costumes, hair, makeup, and pyrotechnics. The events and special projects company collaborated with Semmel Concerts, the producer of Helene Fischer's Tour, and with Entertainment Architects STUFISH, long-standing partner of 45 DEGREES, on the stage design.

"45 DEGREES is now positioned to offer turnkey show design services in the live music industry. The experience and expertise earned over the years through the development of Cirque du Soleil's one-of-a-kind events and special projects has equipped our team with the skills and creative capabilities to take on this challenge" said Yasmine Khalil, President of 45 DEGREES.

"Every time I work on a new tour, I try to push the boundaries of creativity in entertainment a little bit further," said the pop star Helene Fischer. "Working with 45 DEGREES has been a delight and I am really impressed by their creativity and professionalism. They were determined to give my fans an impressive show, and that is what they did."

As a singer, a television presenter, an actress, and all-round entertainer, Helene Fischer is widely considered one of the most successful German musical artists of all time. Since her debut in 2005, she has broken several records and won numerous awards, including 12 Echo Awards and a World Music Award. In total, she has sold more than 10 million albums, and in June 2014, her multi-platinum album Farbenspiel became the most downloaded album from a German artist. Helene Fischer's highly anticipated tour, expected to draw millions of devoted fans, begins its second leg on January 16th in Frankfurt, Germany. Click HERE for full list of venues and tour dates.