New Digital Experience Gives Visitors a Chance to "Be Washington" 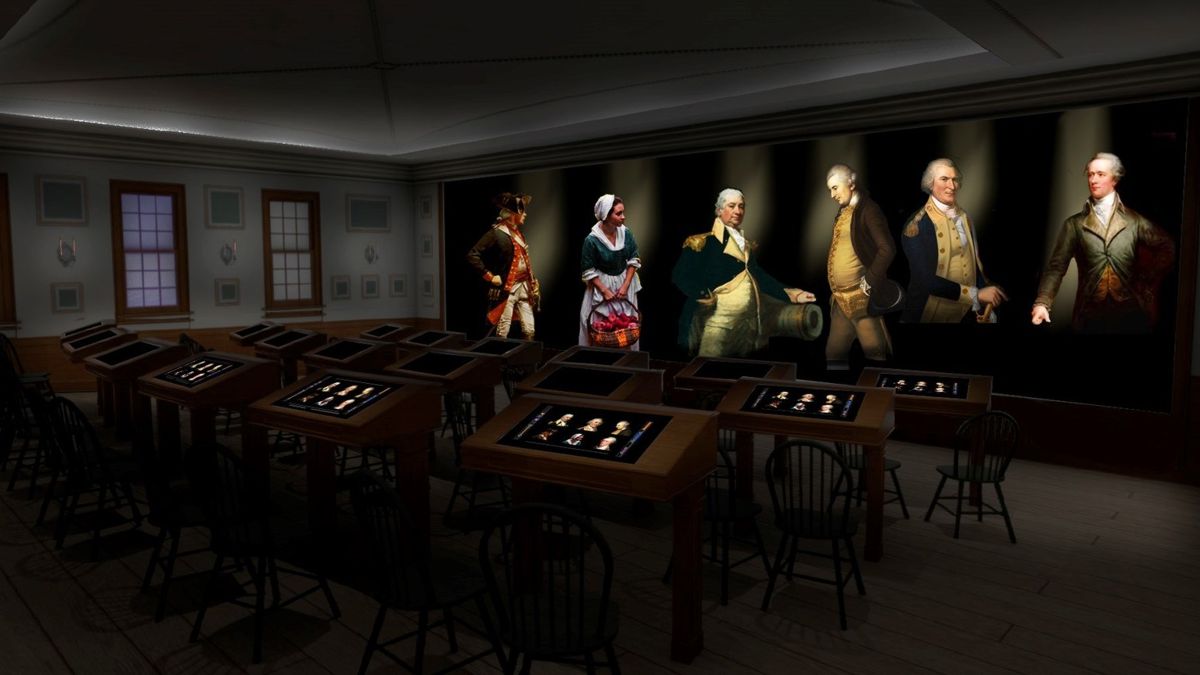 "Be Washington: It's Your Turn to Lead" opens on February 12 at George Washington's Mount Vernon.

George Washington's Mount Vernon will introduce a new first-person interactive experience titled "Be Washington: It's Your Turn to Lead" in its Donald W. Reynolds Museum and Education Center on February 12. Through this new $3 million offering, visitors will have a chance to put themselves in Washington's boots and experience first-hand the leadership challenges that he faced on the battlefield and in the presidency.

"It's never been more important, especially to younger generations, that we allow our guests to be a part of the story," said Rob Shenk, senior vice president for visitor engagement at Mount Vernon, who led the team that developed this experience. "Allowing our guests to be Washington, and to directly confront the challenging issues that he faced, will undoubtedly give them a deeper appreciation for why Washington is rightfully considered the essential leader of the founding era."

Inside the immersive 1,200-square-foot Be Washington theater, participants will take the role of George Washington as they seek to solve one of four crises that Washington faced. Each scenario will unfold upon a massive 30-foot 6K resolution screen. As they learn about the situation, participants will be able to hear insights from some of the same historical advisers that Washington would have had access to, such as Thomas Jefferson, Alexander Hamilton, and Henry Knox. Guests will then be asked to rate each adviser's persuasiveness. In the end, as Washington, the participants will vote for which course of action they would take to solve the crisis. All votes are then tabulated and shared, in aggregate, on the main screen.

Chris Jackson, the actor who played George Washington in the Broadway hit "Hamilton", will introduce each of the scenarios onscreen and will later describe the course of action that General or President Washington took. Featured scenarios include the Battle of Second Trenton, the Whiskey Rebellion, the Genet Affair, and the Newburgh Conspiracy.

Admission to Be Washington is included in general admission. Facilitated group sessions, perfect for school groups or as part of our leadership programs, are available by appointment. A web-version of "Be Washington" will be available for individual or classroom use in Spring 2018.