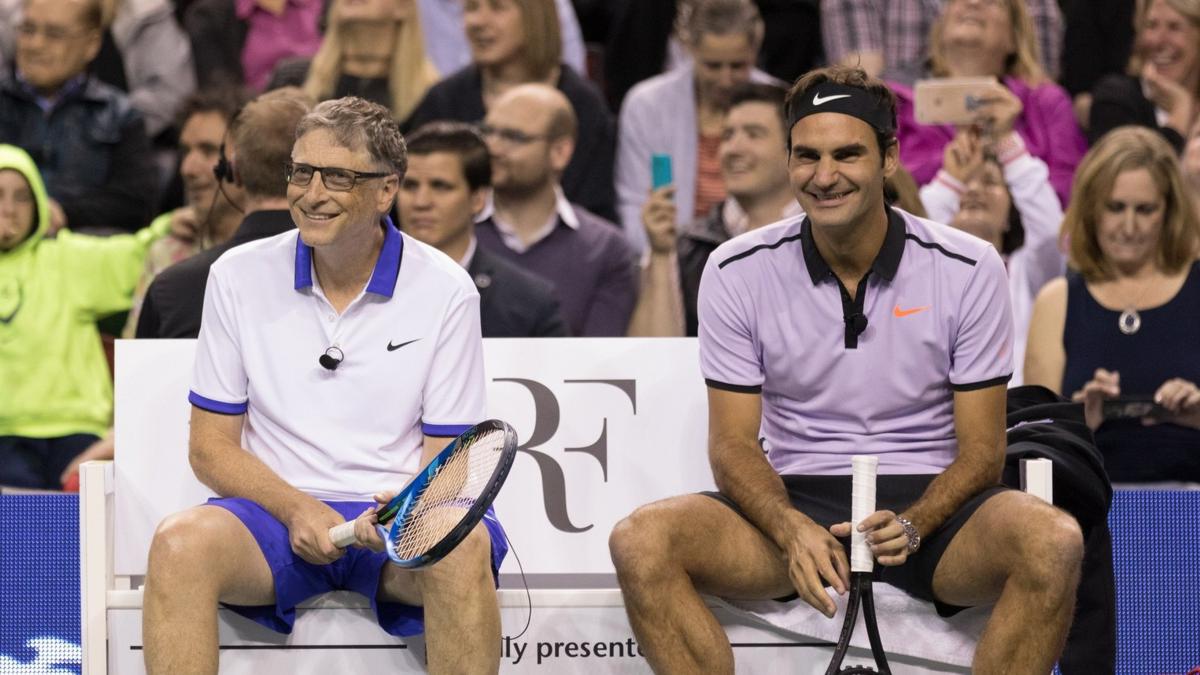 Nineteen-time Grand Slam tennis champion Roger Federer will play his first-ever match in the Bay Area on Monday, March 5, at 7 p.m. Federer will take on American tennis star Jack Sock at the SAP Center in San Jose in an exhibition match to support children's education in Africa. Celebrity guests Bill Gates and Savannah Guthrie will also take to the court in a celebrity-pro doubles match. Tickets for Match for Africa 5 – Silicon Valley are available Friday, January 26, at 9 a.m. PST with net proceeds benefiting the Roger Federer Charitable Fund/Roger Federer Foundation.

"I believe in the power of people. We know that a good education is a decisive factor to empower children by allowing them to take their future into their own hands," said Federer. "With my foundation, we want to provide one million children with the opportunity for a quality education by the end of 2018. The Match for Africa 5 in San Jose will help us reach our ambitious goals. I am very grateful for this opportunity to collaborate with Bill Gates, who in my opinion is the world's leading philanthropist."

As a warm-up, the 19-time Grand Slam champion will team with the Microsoft co-founder and co-chair of the Bill & Melinda Gates Foundation for a friendly, one-set doubles match against NBC News' TODAY co-anchor Savannah Guthrie and Jack Sock, the top-ranked American on the ATP Tour. Federer and Sock will then go head-to-head in a best-of-three-sets match that offers the area's first up-close look at Federer's legendary game.

"Roger and I are 1-0 as a doubles pair after last year's event, so I'm hoping we can keep the streak alive while raising money for an important cause," said Gates. "Roger might have a few more Grand Slam titles than I do, but we share a belief that all children deserve a world-class education. His Match for Africa events are a fun way to help make that happen."

"It is quite literally beyond my wildest dreams to be playing with Roger, Jack and Bill - particularly for such an important cause," said Guthrie. "I'm excited to shine a light on the Federer Foundation's amazing work, and I will be practicing my forehand morning, noon and night for the next six weeks."

"I've been lucky enough to face Roger a few times in my career, but never in support of such an important cause," said Sock. "I hear Roger's Match for Africa events are a lot of fun, so I'm looking forward to taking part."

This is the fifth Match for Africa event for the Roger Federer Foundation, which has given $36 million to support children's education in six African countries and Federer's native Switzerland. An estimated 850,000 children across 18 programs have so far benefitted from the foundation's giving, which emphasizes systemic change and sustainable impact.

Tickets start at $30 and can be purchased starting at 9 a.m. PST on January 26 from the SAP Center Box Office, Ticketmaster.com, or by phone at (800) 745-3000. A limited number of VIP ticket packages are also available, which include premium end-court seats, exclusive hospitality and a unique opportunity to participate in a 20-minute Q&A session with Roger Federer and Jack Sock prior to the night's match.

The Match for Africa 5 – Silicon Valley is presented in partnership with Rolex. Entertainment for the event will be produced by Michael T. Fiur Productions, one of the leading producers of live event and sports spectaculars in the world.

Additional information is available at www.match-for-africa-siliconvalley.com