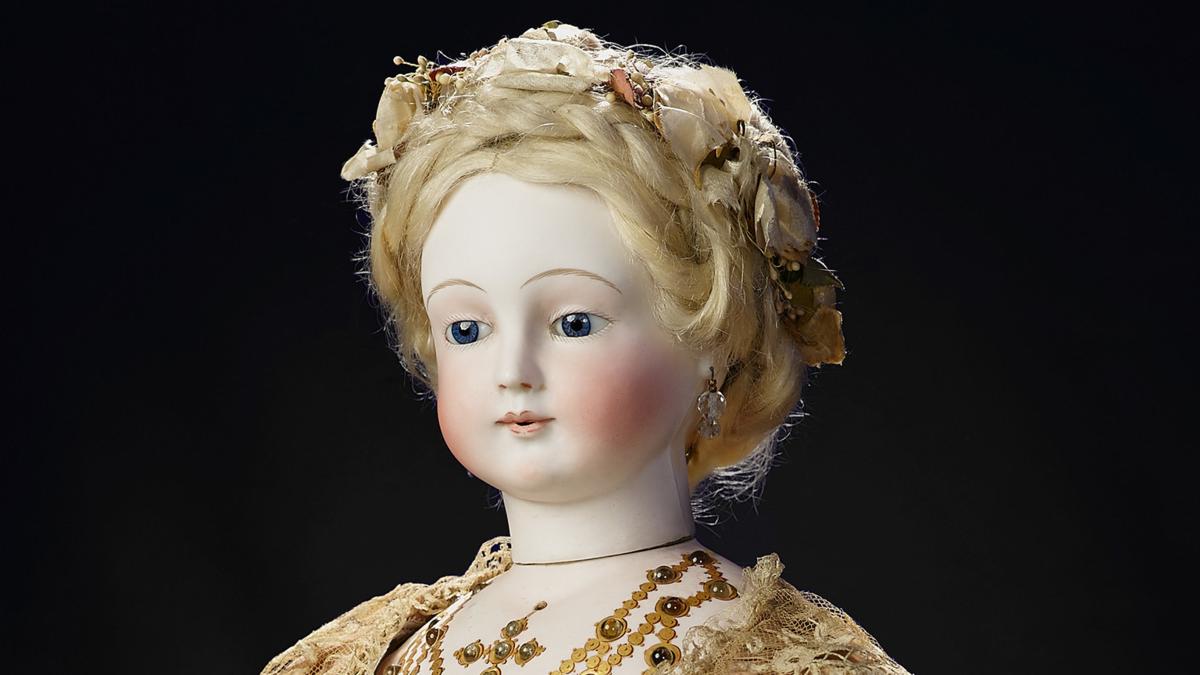 The very rare French doll by Rochard sells for $333,500 and captures a new world record for a doll at auction at a recent Theriault's event

A new world record for an antique doll sold at auction was achieved January 6, 2018 by Theriault's, the Annapolis, Maryland firm. The 19th century doll, created by Antoine Edmund Rochard, soared to $333,500 with active bidding by agents from notable museums and private international and American private collectors. The winning bid was achieved for the Barry Art Museum of Norfolk where the doll will hold a special place of honor when the museum opens in 2018.

"The Rochard doll not only symbolizes the golden age of French dolls, but also appealed to scholars of photography and French culture and history," said Stuart Holbrook, President of Theriault's. The breastplate of the doll was decorated with an elaborately painted necklace which featured 28 crystal "jewels". Hidden inside 24 of these jewels were tiny, tiny micro-photographs depicting historic scenes of France such as Fontainebleau, Louvre, Hotel de Ville of Paris and more. The doll was deposed in France in 1868 and was designed that, when held closely to the eye, each image would be magnified 160 times.

Two previous world auction doll records were achieved in 2014 when Theriault's and then a London based firm respectively achieved records of $300,000 and 242,500 pounds, both records for dolls created in the early 20th century. The present Rochard record price is not only a new world record for any doll sold at auction, based on current conversion, it is also the first time that a 19th century doll has achieved that honor.

Theriault's is a 48 year old family-owned firm, specializes exclusively in the auction and appraisal of antique dolls and childhood objects, and has notably handled such important collections as the Legoland Museum of Antique Dolls in Denmark and the Shirley Temple private collection of childhood dolls and film ephemera.