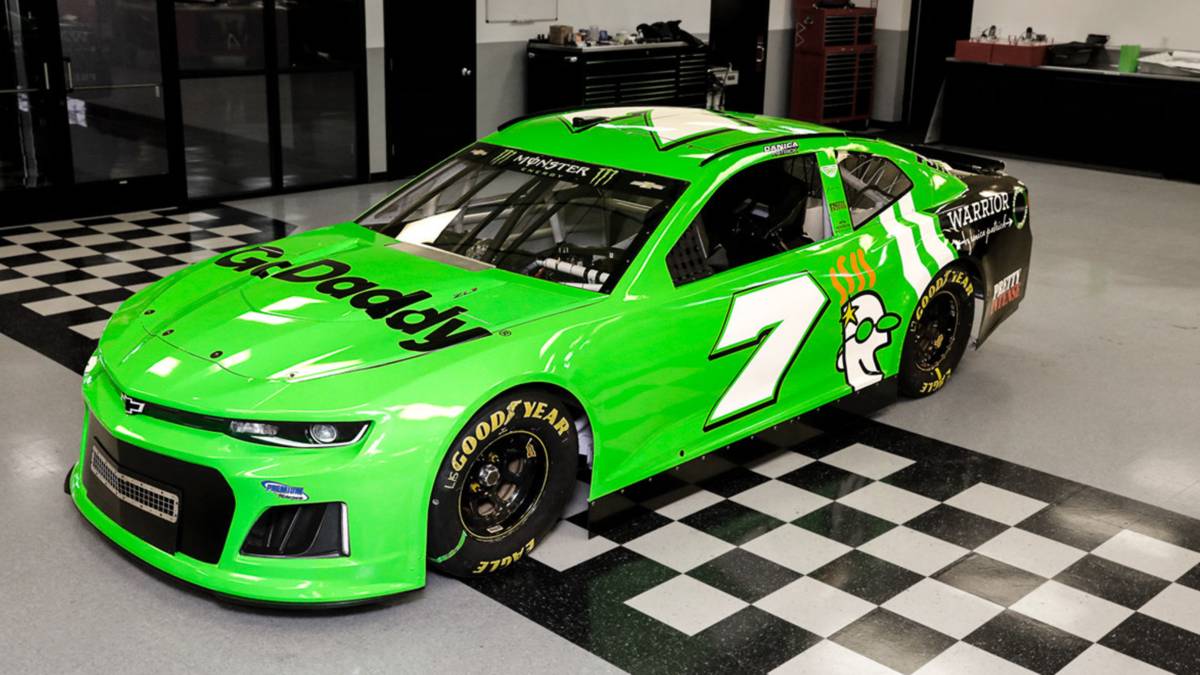 GoDaddy Inc. (NYSE: GDDY), the world's largest cloud platform dedicated to small, independent ventures, and Danica Patrick officially unveiled the No. 7 GoDaddy Chevrolet Camaro this morning. Danica led the way by posting images on her official website, DanicaPatrick.com, and promoting the site update on Instagram. The images reveal the car and debut the new Danica Double logo, which Danica helped create, as well as the familiar GoDaddy green on the No. 7 Chevrolet.

"It's kind of like 'back to the future' seeing the iconic GoDaddy green back on the No. 7 Chevy," Danica said. "The good energy just keeps flowing into Daytona. I've landed in a wonderful place. The process to get here, on the verge of my final races, is proof that you just can't force things. You really have to keep pushing and let things flow because your story could end up better than you ever dreamed – you really have to put it out there and believe."

Last November, Danica declared she would end her driving career with two races in 2018 before confirming a sponsor or a team. Now, Danica is in the driver's seat, and in familiar territory. In January, she lined up long-time sponsor, GoDaddy, that ushered her into stock car racing as the driver of the No. 7 Chevrolet back in 2010 when she raced in the NASCAR Xfinity Series. She's also reuniting with Tony Eury Jr. who returns to the Monster Energy NASCAR Cup Series pit box as Danica's crew chief for the Daytona 500.

The marquee stock car race Feb. 18, followed by the legendary Indianapolis 500 in May, are being dubbed the "Danica Double." Her final two races mark the end to what is considered the most successful career of any woman in racing history – and the beginning of Danica's next chapter as an entrepreneur and business owner.

Premium Motorsports, her Daytona 500 team, finished the final design application last night in Mooresville, North Carolina and kept the No. 7 GoDaddy Chevy under tight wraps until Danica pushed out the first look this morning. The car also sports the logo for her Warrior by Danica Patrick apparel line, which is one of the business endeavors Danica will devote more time to following the Indianapolis 500.

"It all feels so right," Danica said. "So many people spend their lives doing what others expect, or what they think they are supposed to do, instead of what they love – side hustles and hobbies tend to be a reflection of where your real passions are, and it's about time for me to go all in with my other interests beyond racing."

GoDaddy is supporting Danica's life-after-racing by powering the online presence for her business endeavors related to health, apparel and wine – all of which are enriched with her brand and GoDaddy's savvy in helping people turn their business dreams into reality.