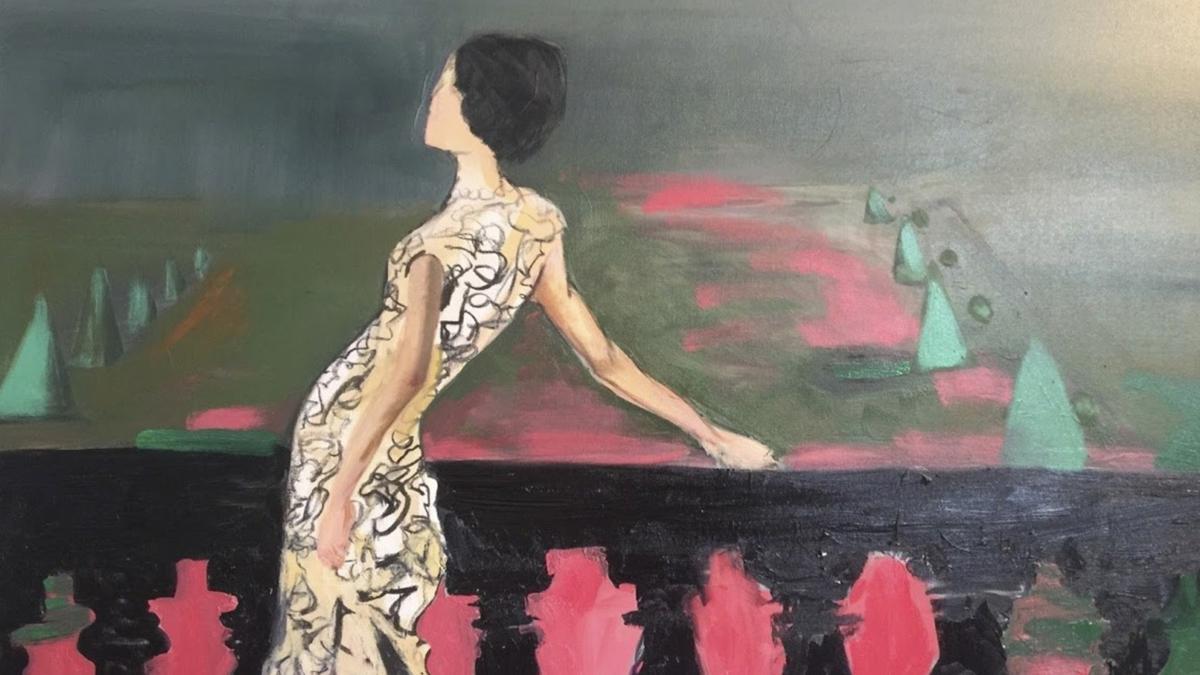 Claudia Doring-Baez 'And once again we found ourselves seperated' Last Year at Marienbad 38x48' oil, charcoal, and oil stick on canvas, 2018

Claudia Doring-Baez's recent paintings depart from the French director Alain Renais's 1961 film Last Year at Marienbad, with its enigmatic screenplay by Alain Robbe-Grillet. Doring-Baez's paintings are based on stills from the film, chosen to encapsulate its mood and elusive narrative. She filters the images from the stills through her recollections of the film and translates them into a non-literal language of broad painterly gestures. Just as the film ignores conventional narrative logic, Doring-Baez ignores the sequence of the film, making us invent new connecting narratives when we see the series as a group. We recognize elements from the film but ultimately, our attention is held by her bold drawing, her energetic paint handling, and her heightening of the strangeness of remembered but familiar images. More information on Claudia can be found at lamama.org/raw_and_cooked

Sophie Iremonger's sizeable works on paper deliver vivid colour, multifarious pictorial languages and seductive yet cautionary imagery. As we feast on saccharine foods, encountering sexy-cum-shifty aristocrats and bejewelled objects, our visual trawling is haunted by glimpses of skull-like visages, birds of prey, and coffins, filled with cake. Alongside these are her 'Cake Relics'—discarded books transformed with painterly substances into dessert-like objects. Here stodgy-looking volumes of thick media mound around isolated confectionery images that seem to sink—and pull us—into remnant traces of the underlying book forms. Excerpts from the artist's sketchbooks serve to further reveal the psychological and idiosyncratic nature of her line—a key unifying element in all the works being shown—in its most raw state. More information on Sophie can be found at lamama.org/raw_and_cooked

Both artists are prolific and restless in their visual investigations of pertinent, human themes. This is the first time their work will be seen together.