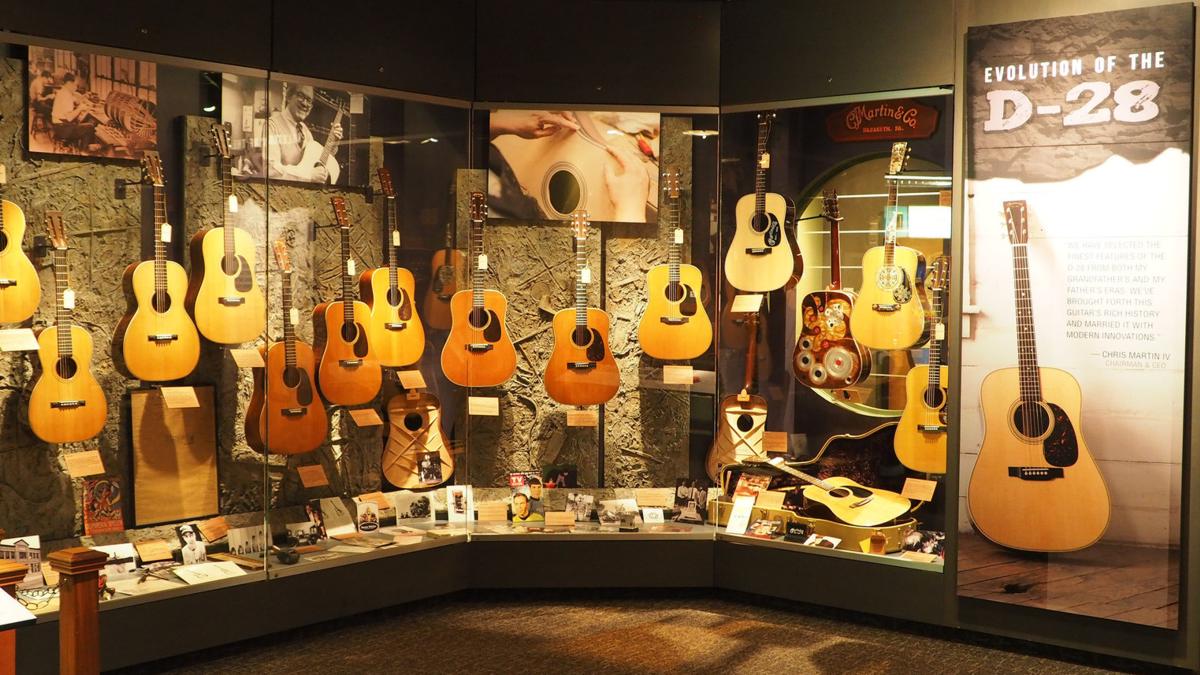 C.F. Martin & Co.® (Martin Guitar) hosted a special reception on Tuesday, March 20, at 5:00 p.m. to unveil a new museum exhibit celebrating their iconic D-28 guitar. The exhibit represents one of the most substantial additions to the Martin Museum in years and showcases a dozen Style 28 instruments set off by original backdrop artwork by artist Robert F. Goetzl. The evening included an opening address by Martin Guitar Chairman & CEO Chris Martin IV and featured a live performance by local musician and D-28 player Jim Roberti.

The exhibit walks visitors along the guitar's journey through history with various items displayed from the Martin archives, such as a price list from the early 1800s and news headlines and historical milestones, including the beginning of the Panama Canal construction in 1880, the opening of the Empire State Building in 1931, the premiere of Miracle on 34th Street in 1947, and the U.S. Bicentennial in 1976. The D-28 was the voice of cultural music icons every step of the way, earning the guitar its rightful place in world history.

Goetzl, who is also part of the Martin lineage, was commissioned to create the original molded backdrop, which captures the heritage of the beloved D-28 and illustrates its important journey through musical history in the hands of legacy artists like the Beatles, Elvis, Michael Hedges, and Joni Mitchell. The D-28 was the tool of choice for the Folk-Rock Revolution in the '60s.

"When the theme of the exhibit became the "EVOLUTION of the D-28," said Goetzl, "I envisioned this guitar evolution process as a series of heavily textured 'fossilized rock' panels, from which the selected guitars on display would be attached. Each of these 'fossil rocks' are imbedded with D-28 parts and impressions of familiar shapes that any Martin Guitar enthusiast would immediately recognize–like leaves, shells, handprints, guitar strings, and plectrums, all combined into each panel, giving the impression that the stone monoliths appear to be rising out of the void, with each beautifully crafted instrument hovering over the stone backdrops as if emerging through the ages."

The exhibit can be seen at the Martin Museum located inside the Martin Factory at 510 Sycamore Street in Nazareth, Pennsylvania. The exhibit is scheduled to remain open during regular museum hours for the remainder of the year. For information on visiting the Martin Museum or taking a tour of the factory, please visit www.martinguitar.com/about/visit-us