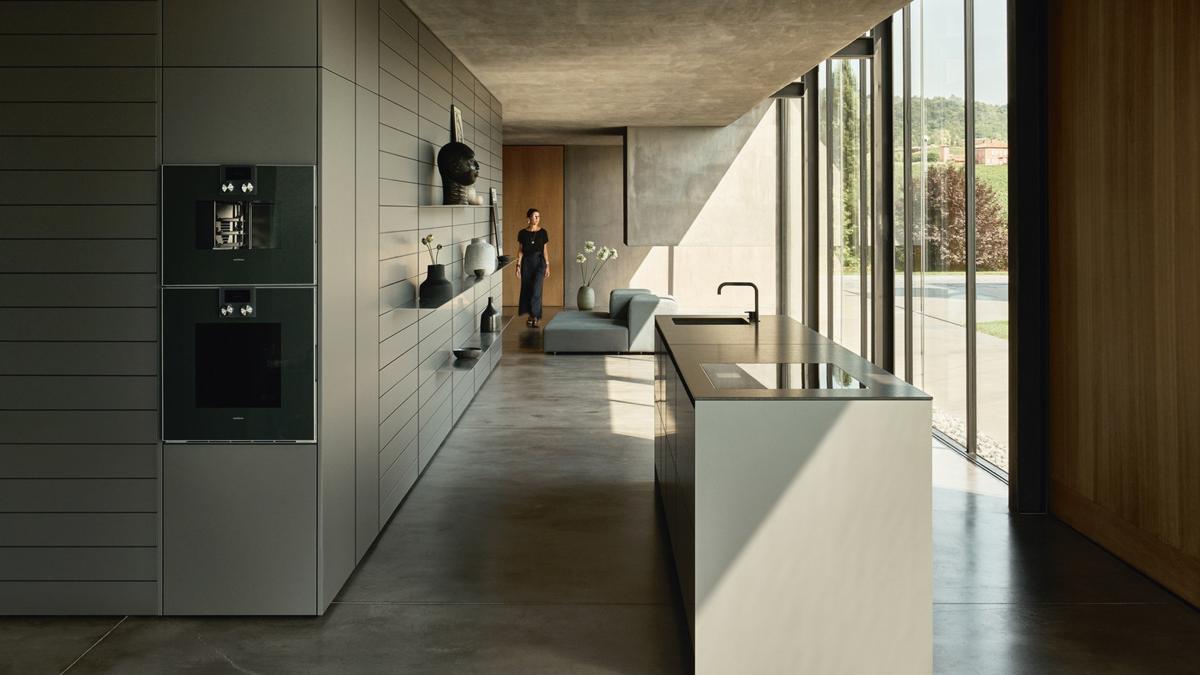 Poggenpohl has been planning and producing luxury kitchens at the Herford, Germany production plant for 125 years, making it the world's longest-established and most renowned kitchen brand. Custom fitted kitchens delivered to more than 70 countries are produced in a manufacturing area of 54,000m2. A global network of 450 Poggenpohl studios employing experienced designers translate customer dreams into reality. Poggenpohl employs around 500 staff worldwide. All the products are manufactured in Herford, Germany. The brand is distinguished by quality, exclusivity and innovative developments that have resulted in worldwide recognition. Since February 2017, Poggenpohl has been part of the ADCURAM Group AG based in Munich, Germany.

When Friedemir Poggenpohl (1859-1924) founded the company in Bielefeld back in 1892, he did so under the motto "We want to improve the kitchen." In 1897, the company relocated to Herford, where it still has its head office today. Innovation became the kitchen manufacturer's maxim. From the beginning, however, people have formed the benchmark for its actions.

1928 Poggenpohl presented the Reform kitchen, consisting of connected units with functional internal equipment, a separate shoe cabinet as well as a sink, table and chair.

1950 Poggenpohl presented the first mass-produced fitted kitchen, the form 1000. In 1952, the fitted kitchen was introduced. Export to neighboring countries began at the end of the decade.

1970 Poggenpohl presented the futuristic study of a round kitchen, which was considered a pioneering model for the year 2000. Experiment 70 emerged in conjunction with Luigi Colani and the Institute for Environmental Physiology.

1982 The innovative, patented +DIMENSION75 was launched, a midway range which optimized the use of space between wall and base units.

2005 +MODO is the name of the innovative kitchen architecture created for Poggenpohl by the renowned Spanish designer Jorge Pensi. A characteristic feature of +MODO is the novel interplay between open and closed areas. Pull-out trays are directly positioned under the 13-cm-thick worktop. This creates a high degree of transparency and, with emphasis on horizontal lines, an unmistakable kitchen design.

2007 Together with Porsche Design (PLH), Poggenpohl presented the kitchen P'7340 Design by Studio F. A. Porsche. This striking kitchen is based on frames of different sizes with illuminated aluminum profiles within which cabinet elements can be positioned as desired. Aluminum, glass and wood combined with precision engineering lend a technical flair to this kitchen.

2010 Poggenpohl presented the design concept +ARTESIO, which was developed in collaboration with the Hamburg architect Hadi Teherani. +ARTESIO offers an integrated spatial concept in which furniture design, wall, floor and ceiling are combined.

2014 Porsche Design (PLH) and Poggenpohl continued their successful cooperation with the launch of P´7350 Design by Studio F. A. Porsche. The result is a kitchen architecture that departs from the horizontal lines of conventional kitchens with a completely new interpretation. High quality materials and fine craftsmanship details make this kitchen unparalleled in value.

2016 Poggenpohl developed the innovative +STAGE theme units that can be tailored to different functions, focusing on modern living and concentrating on all that is essential within home life.