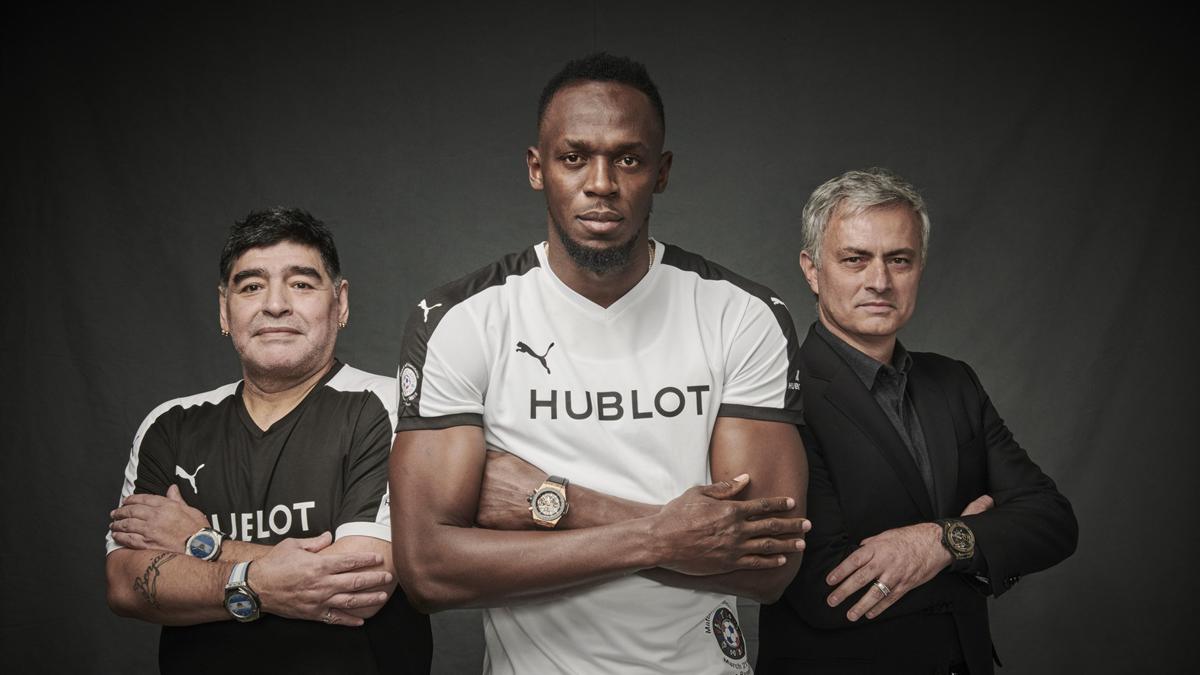 With 85 days to go before the first match of the 2018 FIFA World Cup™ kicks off, Hublot brought together the friends of the brand to celebrate the beautiful game. A Match of Friendship. Two one-off teams for an encounter that all football fans could have only dreamed of. True to its motto "First, Unique, Different", Hublot invited Usain Bolt to play in his first game of football. The world sprinting champion, who is a football lover, put his feet to the service of José Mourinho's team. Diego Maradona managed the opposing team. The match was refereed by Nicola Rizzoli and his Big Bang Referee 2018 FIFA World Cup Russia™ smart watch. There are some sporting moments in history that live on forever and Hublot knows better than anybody how to create these moments!

"This was the dream and Hublot has made it a reality! This match is everybody's dream. Seeing the friends of the brand, legends on the pitch playing football, bringing together legendary sportsmen who have never played together for this exceptional encounter, creating two teams for a Match of Friendship, all this is more than we could have hoped for! What better proof of how football can bring people together!" Ricardo Guadalupe, CEO Hublot

After the gardens of the Palais Royal in Paris, it was at the Mecca of the watch-making world-where Hublot unveiled its Football watch dedicated to the FIFA 2018 World CupTM-that the Swiss watchmaker blew the whistle to start this special game held in this original location. A legendary game bringing together stars from the world of football and Usain Bolt, the fastest man in the world, under coaches Diego Maradona and José Mourinho.