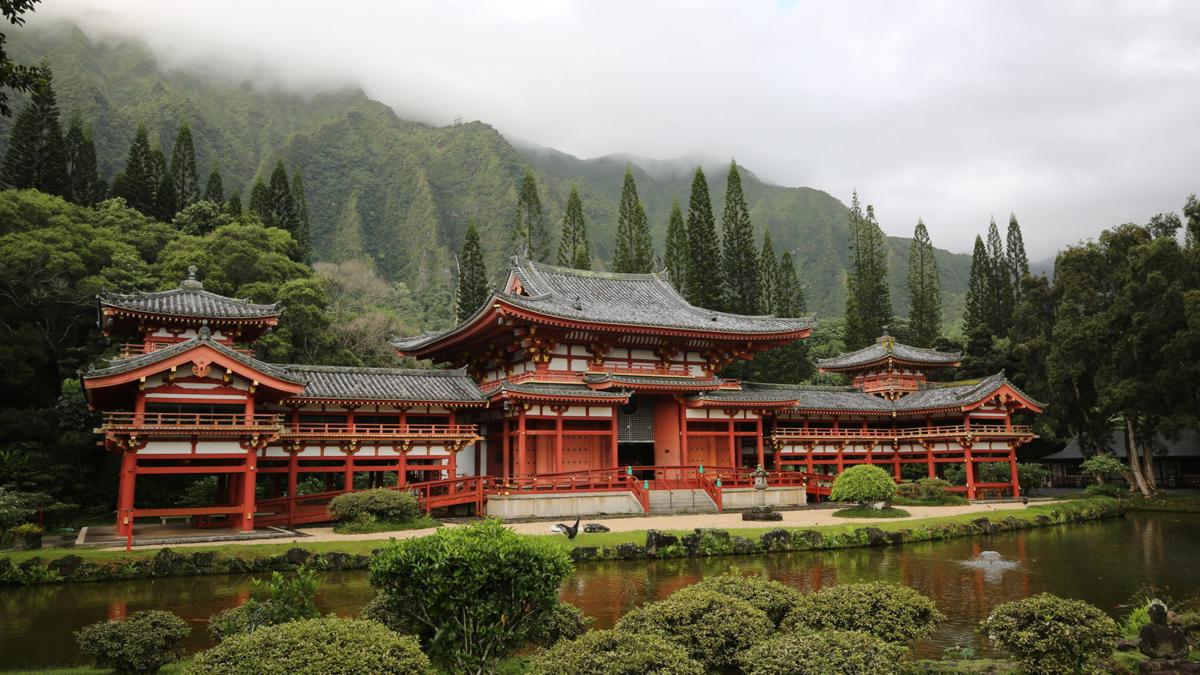 Byodo-In Temple, inside Valley of the Temples Memorial Park in Kaneohe, Hawaii.

"Hey Jude" by The Beatles topped Billboard's Top 100 and Apollo 8 became the first manned spacecraft to orbit the moon in 1968, the same year the Byodo-In Temple at Valley of the Temples Memorial Park (VoT) welcomed its first visitors. Five decades later, the non-denominational temple that pays homage to the first Japanese settlers in Hawaii, has remained virtually unchanged. Over the years, the Temple has received people of all faiths to worship, meditate or simply appreciate its beauty. To commemorate its 50th anniversary, VoT is hosting a large celebration on June 9, 2018.

In 1968, VoT constructed a replica of the 11th-century Phoenix Hall of the Byodo-In Buddhist temple complex in Uji, Japan to commemorate the centennial of the first Japanese immigrants to Hawaii. Construction took nearly 3 years and cost $2.6 million. The Temple was dedicated on June 7, 1968, with a traditional Buddhist ceremony.

Inside the 11,000-sq. ft. temple is a nine-foot statue of the Lotus Buddha and a wooden image depicting Amitabha, which is covered in gold. Outside are large koi ponds, wild peacocks, black swans, lush Japanese gardens, a meditation pavilion and a three-ton, brass peace bell called Bon-sho (sacred bell). The Temple is open between 9 a.m. and 5 p.m. daily. Admission is $5 for adults, $3 for seniors and $2 for children under 12.

Byodo-In is a Top 10 visitor attraction on Oahu; more than 300,000 visits annually. The grounds are often used for weddings for Hawaiians or visitors from Japan. Several episodes of Magnum P.I. and Hawaii Five-O feature the Temple. The area also served as a stand-in for South Korea in one episode of Lost and as the presidential villa in an episode of seaQuest DSV. In 2001, Pearl Harbor featured the Temple as its original namesake from Japan.

About Valley of the Temples

Valley of the Temples Memorial Park, located on the Windward side of Oahu, features the Byodo-In Temple, the famous 1968 replica of the 11th century Phoenix Hall of the Byodo-In Buddhist temple complex in Uji, Japan.