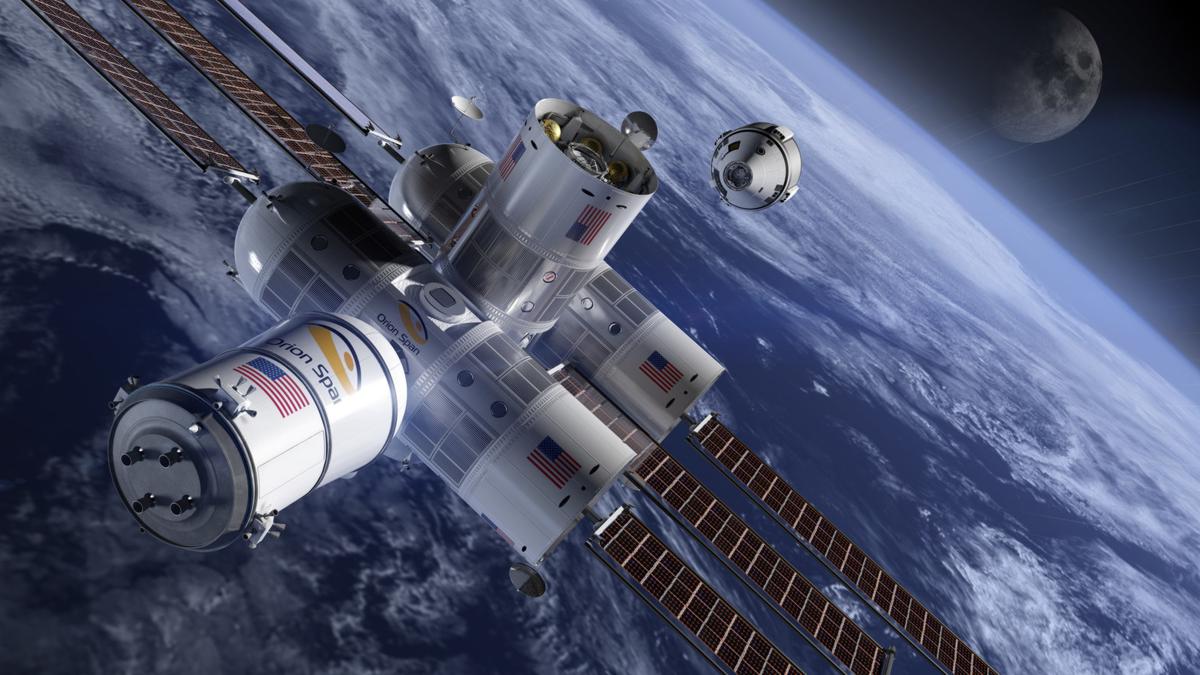 The first-ever luxury space hotel was introduced today during the Space 2.0 Summit in San Jose, California. Named after the magical light phenomenon that illuminates the Earth's polar skies, Aurora Station is being developed by Orion Span and the company's team of space industry veterans, who have over 140 years of human space experience.

The first fully modular space station to ever debut, Aurora Station will operate as the first luxury hotel in space. The exclusive hotel will host six people at a time – including two crew members. Space travelers will enjoy a completely authentic, once-in-a-lifetime astronaut experience with extraordinary adventure during their 12-day journey, starting at $9.5M per person. Deposits are now being accepted for a future stay on Aurora Station, which is slated to launch in late 2021 and host its first guests in 2022. The fully refundable deposit is $80,000 per person and can be reserved online.

"We developed Aurora Station to provide a turnkey destination in space. Upon launch, Aurora Station goes into service immediately, bringing travelers into space quicker and at a lower price point than ever seen before, while still providing an unforgettable experience," said Frank Bunger, chief executive officer and founder of Orion Span. "Orion Span has additionally taken what was historically a 24-month training regimen to prepare travelers to visit a space station and streamlined it to three months, at a fraction of the cost. Our goal is to make space accessible to all, by continuing to drive greater value at lower cost."

During their stay on Aurora Station, travelers will enjoy the exhilaration of zero gravity and fly freely throughout Aurora Station, gaze at the northern and southern aurora through the many windows, soar over their hometowns, take part in research experiments such as growing food while in orbit (which they can take home with them as the ultimate souvenir), revel in a virtual reality experience on the holodeck, and stay in touch or live stream with their loved ones back home via high-speed wireless Internet access. While in space, Aurora Station guests will soar 200 miles above the Earth's surface in Low Earth Orbit, or LEO, where they will find stunning views of the Earth. The hotel will orbit Earth every 90 minutes, meaning those aboard will see an average of 16 sunrises and sunsets every 24 hours. On return to Earth, guests will be treated to a hero's welcome home.

"Aurora Station is incredibly versatile and has multiple uses beyond serving as a hotel," Bunger added. "We will offer full charters to space agencies who are looking to achieve human spaceflight in orbit for a fraction of the cost – and only pay for what they use. We will support zero gravity research, as well as in space manufacturing. Our architecture is such that we can easily add capacity, enabling us to grow with market demand like a city growing skyward on Earth. We will later sell dedicated modules as the world's first condominiums in space. Future Aurora owners can live in, visit, or sublease their space condo. This is an exciting frontier and Orion Span is proud to pave the way."

Orion Span officially made the Aurora Station announcement this morning at the Space 2.0 Summit in San Jose, California. The company's leadership team includes Chief Executive Officer Frank Bunger, who is a serial entrepreneur and technology start-up executive credited with multiple startups under his belt; Chief Technology Officer David Jarvis – a lifelong entrepreneur, human spaceflight engineer, and payload developer with breadth and depth in the management and operations of the International Space Station (ISS); Chief Architect Frank Eichstadt, who is an industrial designer and space architect credited with being the principal architect on the ISS Enterprise module; and Chief Operating Officer Marv LeBlanc – a former general manager and program manager with decades of executive space experience running operations and mission control.