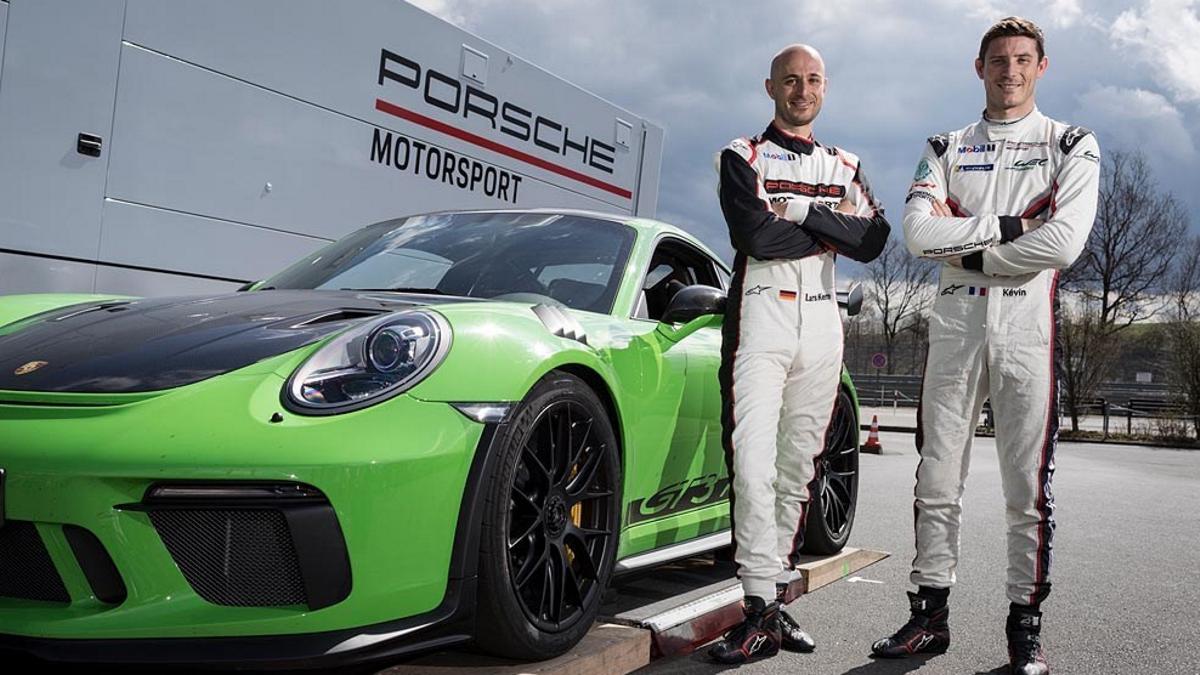 Porsche Works race driver Kévin Estre recently set a lap time of 6:56.4 minutes with the 520 hp GT3 RS. Porsche development driver Lars Kern shared driving duties with Estre, and the Frenchman's lap time was 24 seconds faster than the best time achieved with the previous GT3 RS model. Following the 918 Spyder and the 911 GT2 RS, the new GT3 RS is the third production Porsche sports car with a notarized lap time of less than seven minutes on the "Green Hell." As is customary for record drives, the time was measured around the 20.6-kilometer lap.

"No other Porsche model gets as close to racing as the new GT3 RS. Many innovative ideas from top-level motorsport were transferred, for example, from the 911 GT3 R," said Frank Steffen Walliser, Vice President Motorsport and GT Cars. "This is what our philosophy for GT models is about: Highest technology must be fascinating but tangible. In this regard, there is no harder test for our ideas than the Nordschleife."

Andreas Preuninger, Director GT Model Line, added; "All four lap times of both drivers were below seven minutes and only tenths of a second apart. This proves not only the outstanding power of the GT3 RS, but also its extraordinary driveability. A perfectly composed overall system allows for highly dynamic performance even with a relatively modest engine power. For a driver, each of the car's thousands of parts have to feel like one – that's an unbeatable strength of the GT3 RS. And what especially delights me is how much fun Lars and Kévin had when driving that car."

Estre began the record lap at 11:40 a.m. in ideal conditions, with 14 degree Celsius ambient and 18 degree Celsius track temperatures. "This lap was a sensational experience for me," he said. "Through the fast corners and on the brakes in particular, the GT3 RS is unbelievably close to our racing GT3 R. This is also thanks to the new generation of tires for road going sports cars. I like the engine of the GT3 RS a lot. Up to 9,000 RPM from a six-cylinder engine just feels fantastic. The sound is a dream and the torque is massive."

Estre joined the team of Porsche Works drivers in 2016. He competes with the Porsche 911 RSR in the FIA World Endurance Championship (WEC) that includes the Le Mans 24 Hours. In the ADAC GT Masters he races the 911 GT3 R.

At the Nürburgring, the 911 GT3 RS was equipped with the latest generation of Michelin Pilot Sport tires. Optimized especially for track day use, the Michelin Pilot Sport Cup 2 R is fully compliant with relevant E.U. and U.S. standards. The tire (265/35 ZR 20 front and 325/30 ZR 21 rear) will be available to order soon at Porsche dealers and other select locations. Approved fitments include the 911 GT3 RS and the 911 GT2 RS.

The 911 GT3 RS with a motorsport-bred chassis and a 520 hp (383 kW) four-liter, naturally aspirated engine had its world premiere this year at the Geneva Motor Show in early March. The high-performance sports car accelerates from 0 to 60 mph in 3.0 seconds and reaches a top track speed of 193 mph.

The base MSRP in the U.S. is $187,500, not including available options or the $1,050 delivery, processing and handling fee. The Weissach Package is available as an $18,000 option. The Magnesium wheels can be ordered for an additional $13,000 in conjunction with the Weissach Package and will be available at a later date.