Pentatonix to Sing National Anthem at the 144th Kentucky Derby 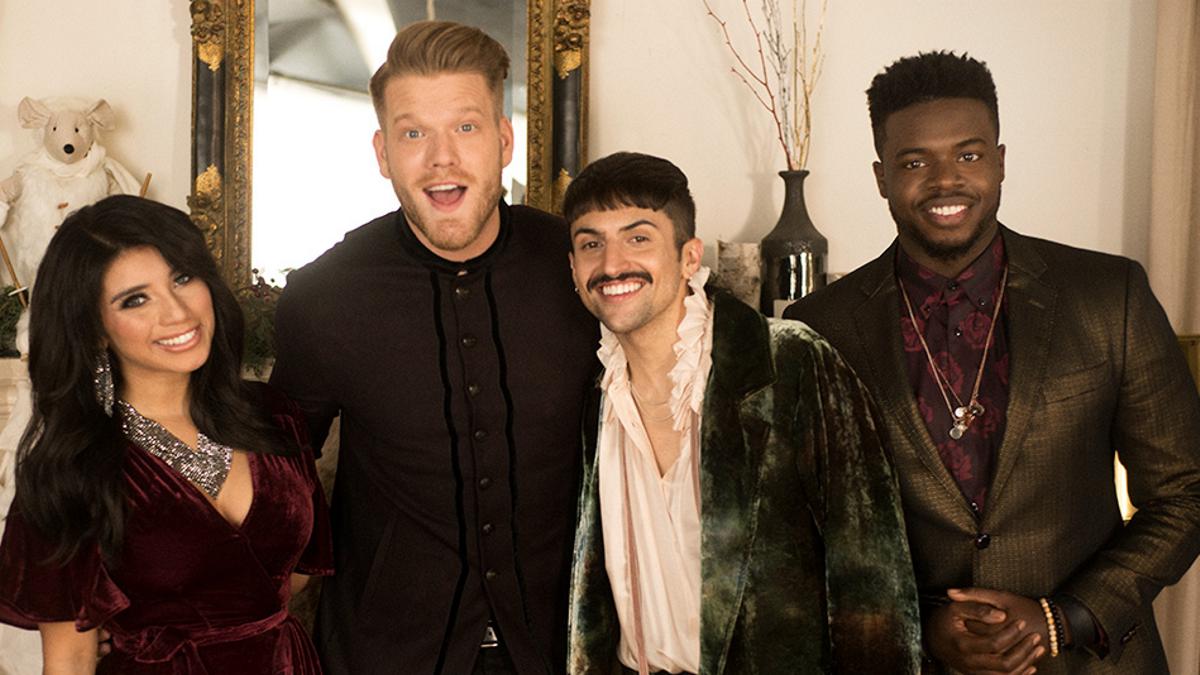 Churchill Downs Racetrack today announced that multi-platinum, Grammy® Award-winning A Cappella group Pentatonix will sing the national anthem at the 144th Kentucky Derby Presented by Woodford Reserve on Saturday, May 5, 2018.

The announcement comes just before the vocal group will release their forthcoming album, "PTX Presents: Top Pop, Vol.1," on April 13, and in advance of their highly anticipated 2018 Summer Tour. The A Cappella superstars will perform The Star-Spangled Banner live for more than 160,000 fans at the Kentucky Derby. The performance will take place just after 5:00 p.m. EDT and be broadcast live as part of NBC's Kentucky Derby coverage.

"Pentatonix is a worldwide sensation, and we're excited for their national anthem performance to become part of Kentucky Derby history," said Kevin Flanery, President of Churchill Downs Racetrack. "We think they're a perfect fit this year as the Kentucky Derby's popularity continues to skyrocket across the globe."

Three-time Grammy® Award-winning and multi-platinum-selling Pentatonix has sold nearly 10 million albums worldwide and performed for hundreds of thousands of fans at their sold out shows across the globe. Their YouTube channel boasts more than 15 million subscribers, yielding over 3.2 billion video views. Their 2015 self-titled album is certified gold after debuting #1 on Billboard's 200.

Nine of their albums reached the top 10 on Billboard's 200 chart (two at #1) and received multiple RIAA certifications for multi-platinum, platinum and gold-selling albums and singles. The group has had two holiday specials on NBC, released their tour documentary On My Way Home in 2015, appeared in the film Pitch Perfect 2 and released a deluxe version of their certified platinum 2016 holiday album, "A Pentatonix Christmas Deluxe."