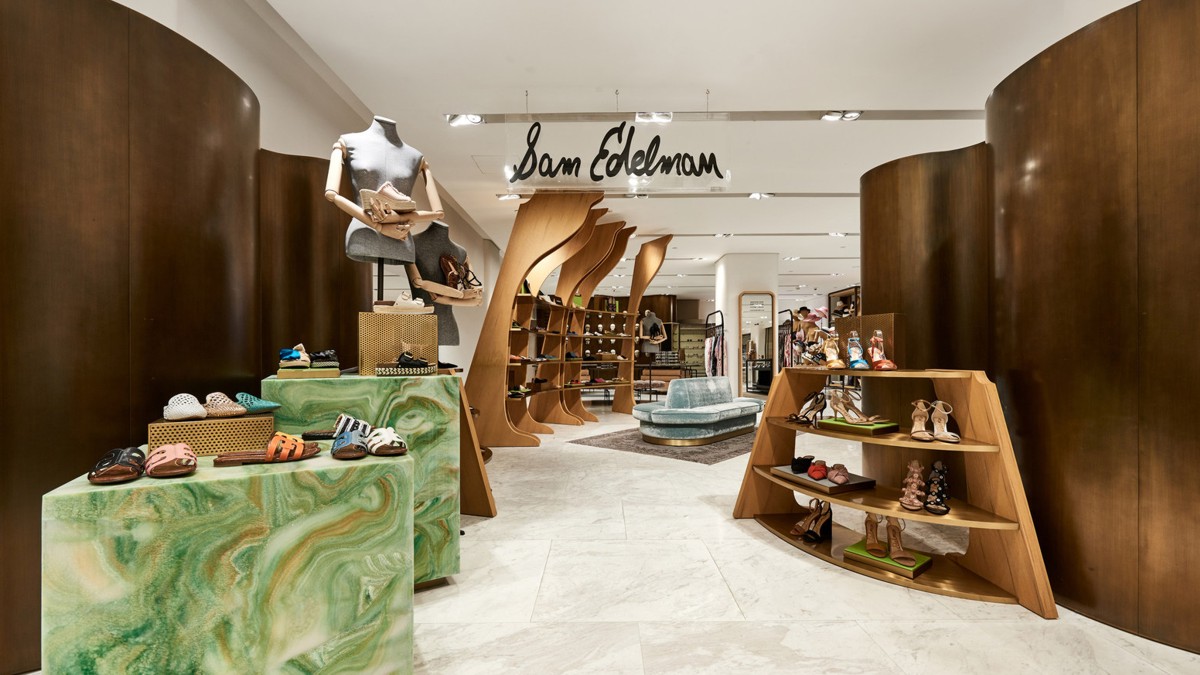 Sam Edelman announces the opening of three shops in Hong Kong, Shanghai, and Chengdu with luxury retailer Lane Crawford. Lane Crawford will host two exclusive launch events this month in Hong Kong (April 11) and Shanghai (April 14). Sam, and his wife, muse and business co-founder, Libby Edelman will be in attendance along with international celebrities and style influencers.

The shops will serve as an immersive and authentic brand experience for consumers. The brand's New York-based design team worked closely with Lane Crawford to create spaces reflective of its own U.S. retail stores. Shoppers will see elements of Sam Edelman's iconic aesthetic including vintage furniture, reclaimed wood walls, inlayed gold accents, and pops of the brand's signature shade of green. In addition to an exciting assortment of product, Sam Edelman's Spring/Summer 2018 campaign will be on display, featuring world-renowned model Carolyn Murphy, captured in a series of powerful images photographed by Kelly Klein.

When asked why the brand chose Lane Crawford to debut its first shops in Hong Kong and China, Sam Edelman, designer, founder and president of Sam Edelman, said, "The incredible team at Lane Crawford were some of the first people to recognize and support me as a designer and they helped build my business more than a decade ago… We have established a relationship built on integrity, trust, and consistency. I am thrilled to return to Lane Crawford for an appearance, welcoming customers and offering exciting new items."

"Pedder Group is delighted to celebrate a decade of partnership with shoe industry veteran Sam Edelman, who is also celebrating his 40th anniversary in fashion this year," said Pedder Group president Peter Harris. "Pedder Group looks forward to hosting Mr. Edelman in Hong Kong and Shanghai next month and spotlighting his much-loved brand with shops at Lane Crawford Hong Kong, Chengdu and Shanghai."