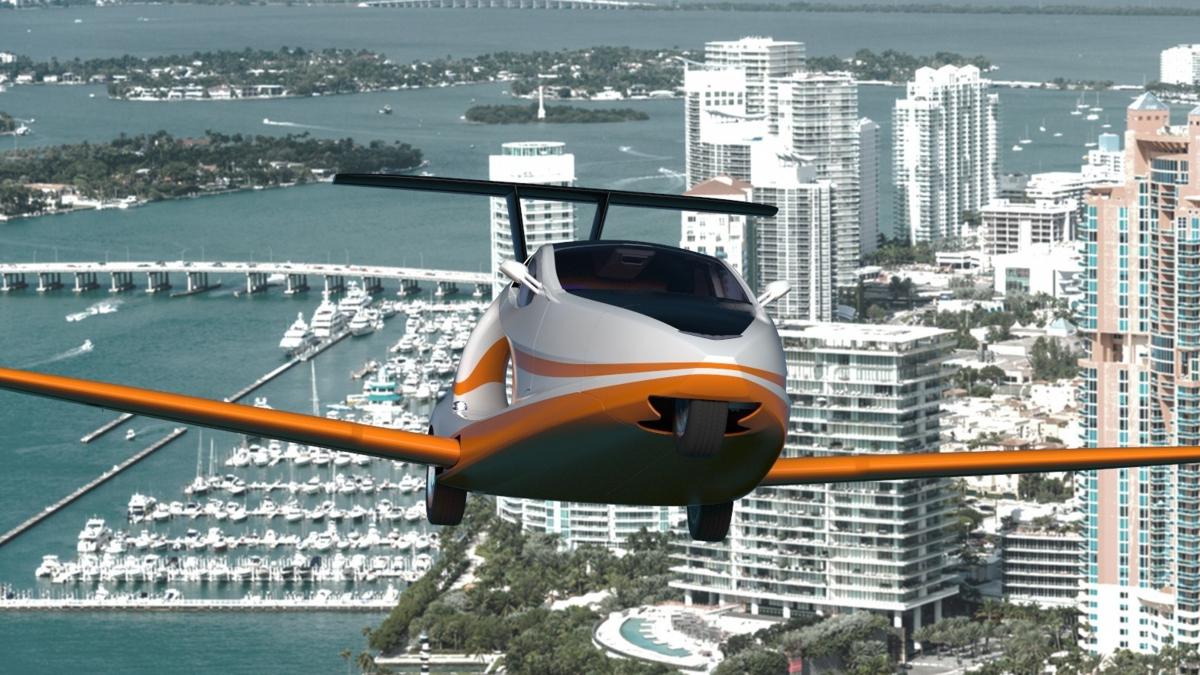 As the aviation world heads to Lakeland, Florida for the 44th annual Sun 'n Fun Expo and Fly-In this week the Samson Sky organization, developers of the Switchblade flying sports car, reached reservation position 615. The Samson Sky reservation program was launched at Sun 'n Fun just two years ago when the first glimpse of the wing swing mechanism for the flying and driving vehicle was released.

Samson Sky CEO Sam Bousfield, designer of the Switchblade, believes that their vehicle's most popular feature, helping boost those reservation numbers, may be that it's seen as a truly practical flying car. "We have customers from around the world, and many of them tell us the same thing - this is the first flying car they could see using every day. They want to go fast, save time, avoid being stuck in traffic and have their wings and tail safely protected while in driving mode. The Switchblade satisfies all those desires."

What would define a practical flying car? Most pilots would cite having the flying surfaces protected while driving, as any accidental bump could render the vehicle not flightworthy. Worse, it might be damaged while parked, without you even knowing it. While no vehicle is completely accident proof, the Switchblade does protect the wings behind clamshell doors that close around the stowed wings to protect them from being damaged or tampered with while on the ground.

Although some may argue that being a capable flying machine with reasonable range might be next on the list of features to qualify as practical, others would propose that good road handling would be equally as important. The Switchblade has outperformed everything in its wheelbase (distance between front and rear wheels) compared to Road & Track's slalom course historical data base, and it has the power-to-weight ratio of a 2017 Corvette. At an anticipated price of $140,000, it is actually somewhat affordable. (Price tag for the standard model is one-half to one-fifth the cost of other flying cars, as well as other small aircraft with similar capabilities.)

"When the Switchblade finishes its first flight and the nuances of construction are resolved, there will be something really new and really different in General Aviation," said Jerry Clark, retired USAF pilot and Aerospace Engineer. "The era of the 'Jetsons' will have finally arrived and the world of aviation will undergo the same transition that the Internet generated in the 1990's. The technology of our time will finally be in the air at a price that is reachable."

Sun 'n Fun, considered one of the top air shows in the world, is expecting 200,000 visitors from 60 countries this year. In recognition of this, Samson Sky has several Switchblade Ambassadors at the event making five presentations concerning the state of flying cars today. With the recent release of the Pal-V flying car at the Geneva Auto Show in Switzerland, and the announcement of production for the Terrafugia Transition to begin next year in Massachusetts, flying cars are gaining more credibility.

For more information about the Switchblade and to follow its progress to launch, visit: www.SamsonSky.com