Tishman Speyer To Begin Construction Of The Spiral 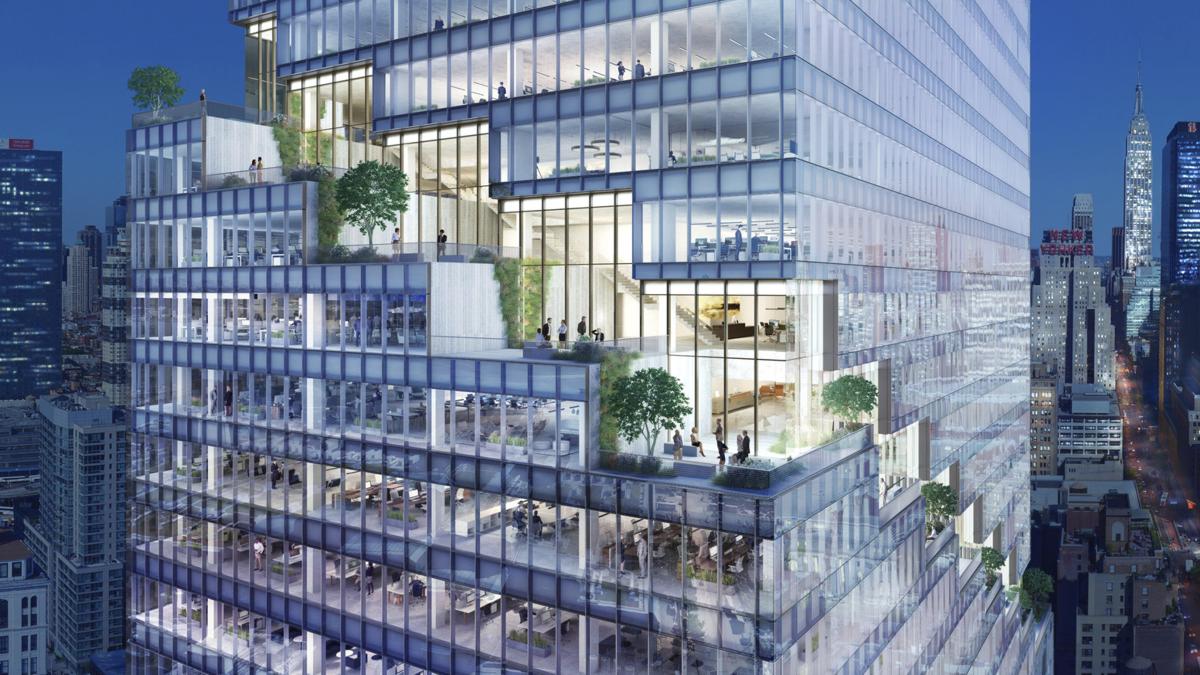 Rendering of The Spiral’s cascading terraces

Tishman Speyer President and CEO Rob Speyer announced today the company will commence construction in June 2018 on The Spiral, a 65-story office tower at 66 Hudson Boulevard in Manhattan, after securing the necessary financing and finalizing an 800,000 square-foot lease with Pfizer, one of the world's premier biopharmaceutical companies.

As part of its 20-year lease agreement, Pfizer will relocate its global headquarters from 235 East 42nd Street to The Spiral, where it will occupy 15 full floors (7 through 21) plus portions of the lobby level upon completion of the 2.8 million square-foot Hudson Yards tower in 2022.

In conjunction with the finalization of the Pfizer lease, Tishman Speyer has closed on a series of transactions securing all of the necessary financing for The Spiral. The $3.7 billion project will be financed with $1.9 billion in equity from Tishman Speyer and more than a dozen other institutional, pension fund and individual investors, as well as a $1.8 billion construction loan from Blackstone Mortgage Trust, Inc. (NYSE: BXMT)

Designed by BIG-Bjarke Ingels Group, The Spiral will rise to 1,031 feet and feature a cascading series of landscaped terraces and hanging gardens as its signature element. The terraces will ascend, one per floor, in a spiraling motion to create a unique, continuous green pathway that wraps around the façade of the tower and supplies occupants with readily accessible outdoor space.

Tishman Speyer President and CEO Rob Speyer said, "Tishman Speyer is thrilled to welcome Pfizer as the anchor tenant in The Spiral, the world's most connected and collaborative office environment. With its iconic design, amazing views and abundant access to outdoor amenity spaces, The Spiral will serve as a major leap forward in the evolution of the modern workplace."

"Pfizer has a proud and storied history in New York City that began in 1849," said Albert Bourla, Pfizer Chief Operating Officer. "We are excited that this move will provide our colleagues with a modern, state of the art headquarters that will enable us to continue to fulfill our desire to be the most innovative biopharmaceutical company dedicated to discovering and bringing new therapies to improve the lives of patients around the world."

Steve Plavin, President and CEO of BXMT, said, "We are very excited to finance Tishman Speyer on this preeminent project. Our well-protected, low leverage loan has an extremely strong credit profile and is consistent with BXMT's strategy of lending on institutional quality real estate with strong sponsorship in gateway markets. BXMT's ability to originate The Spiral financing is a testament to our excellent relationship with Tishman Speyer as well as the strength of the Blackstone platform and unmatched scale of our real estate business."

New York City Deputy Mayor For Housing and Economic Development Alicia Glen said, "This is another great example of a major American company choosing to keep their headquarters – and thousands of good jobs – in New York City. We thank Pfizer, a key partner in our initiative to establish New York City as the global leader in a fast growing life sciences sector — and look forward to working with them as they deepen their commitment to New York and New Yorkers. We also congratulate Tishman Speyer for their inspired design and the jobs, both permanent and in construction, they are bringing to our great city."

Located at the intersection of the High Line and the four-acre Hudson Boulevard Park, The Spiral and its cascading terraces will visually extend these new, linear green spaces to the sky. The tower will encompass a full-block stretching from West 34th to West 35th Streets and from 10th Avenue to the Hudson Park and Boulevard.

The six-story base of the building will include a lobby with ceiling heights of up to 28 feet and main entrances on Hudson Boulevard East and 10th Avenue. The base also will include approximately 25,000 square feet of first-class retail.

Tishman Speyer has tapped Turner Construction to serve as the Construction Manager for the project, which is expected to generate approximately 7,600 construction jobs and more than 7,100 permanent office, retail and building-service jobs upon completion.

The Spiral is easily accessible from all five boroughs, Westchester County and New Jersey. It is in close proximity to New York's most convenient transit hubs, including Penn Station, the Port Authority Bus Terminal, Midtown Ferry Terminal, Lincoln Tunnel and West Side Highway. The recently extended 7 Train is just steps away and then three stops from Grand Central Terminal.

nce work starts, Tishman Speyer will have more than 4.5 million square feet of modern office space under active construction throughout New York City. In addition to The Spiral, Tishman Speyer is currently building The Jacx, a 1.2 million square-foot office development in Long Island City that is already more than 70 percent pre-leased to Bloomingdales and WeWork; and The Wheeler, a 10-story, 620,000 square foot creative office campus that rises above Macy's historic Downtown Brooklyn department store.