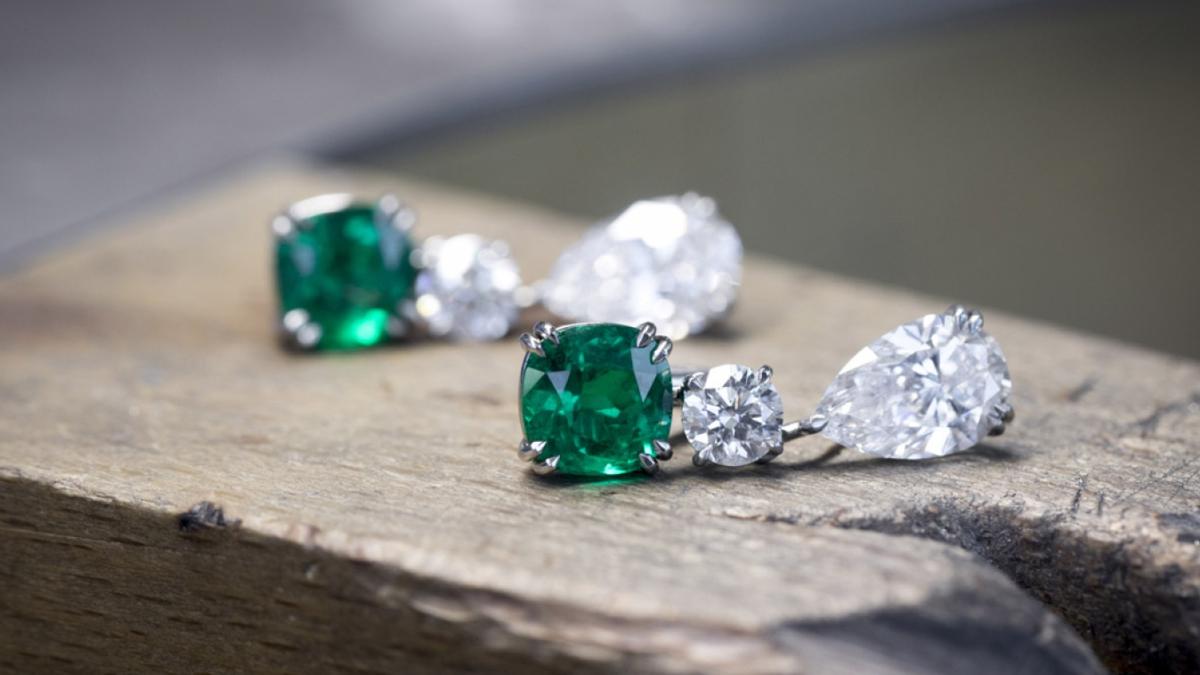 As the Cannes International Film Festival approaches, the High Jewellery workshops of the Maison Chopard are giving life to a splendid collection envisioned by Caroline Scheufele. An anthem to femininity and beauty, these exceptional jewellery creations will adorn the greatest actresses on the red carpet, making Chopard an inescapable lodestar when it comes to emotions and glamour. Partnering with the Cannes Festival for 20 years, the Maison annually crafts the legendary Palme d’or, along with the other awards presented at the festival’s closing ceremonies, all made from Fairmined-certified ethical gold. While the High Jewellery ateliers are hard at work on these unique works of art, Caroline Scheufele – the woman who inspired their creations – announces an edition brimming with surprises.

Every year since 2007, Chopard the Co-President and Creative Director Caroline Scheufele has been visualisation a High Jewellery collection taking up the extraordinary challenge of releasing a number of jewellery pieces equivalent to the edition number of the Festival. Stemming from her boundless imagination and from the peerless mastery of diverse skills within the Chopard workshops, a complete collection of 71 creations will be revealed this year, dedicated to the world’s greatest actresses for their red carpet appearances. 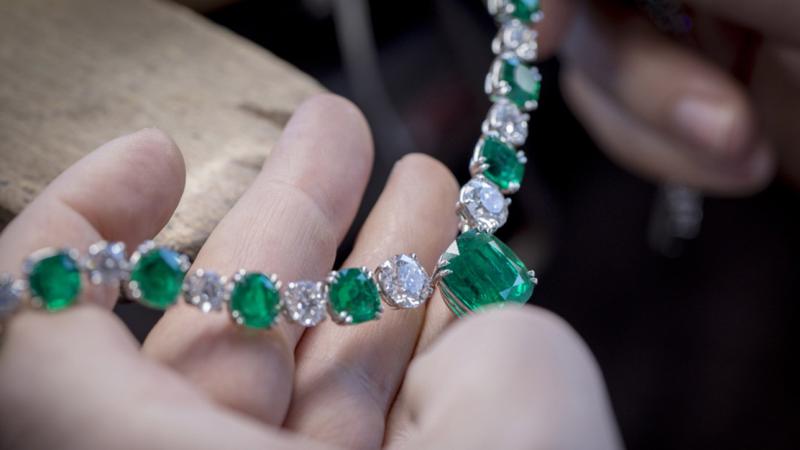 This year, the Red Carpet Collection is inspired by the various travels and dreams of its creator. Year in and year out – the members of Caroline’s family who used to travel the globe with trunks filled with precious merchandise, voyaging as far as the court of the Tsar of Russia – she determinedly tours the many countries in which the family Maison’s creations are present. These peregrinations are a perpetual source of inspiration for Caroline Scheufele, who takes note and sketches her impressions in her travel diaries. With the Red Carpet Collection, she invites us into the secret world of her reveries and personal intuitions, offering a delightful, generous and mysterious revelation. She is inspired by anything and everything: from architecture, to art, to literature and cinema. A miniscule detail is enough for this fervent gem lover to dream up the most splendid – and above all most ingenious – adornments. Nature also remains a powerful source of fascination for her creative mind.

In an intriguing sneak peek, Caroline Scheufele agrees to remove the first creations composing this original collection from their precious jewel boxes. Nature is indeed at the heart of one of the most spectacular jewellery sets comprising a necklace and earrings. Caroline Scheufele fell under the spell of a set of 17 ‘no oil’ emeralds. This gift from the earth is extremely rare, as nature rarely gives rise to so many gems in such closely matching colours. To enhance their exceptional beauty, she opted for a classic and timeless necklace characterised by elegant simplicity, featuring a precious circle of alternating emeralds and diamonds tapering into two gracefully attached magnificent D-flawless diamonds – of which the largest pear-shaped one weighs over 20 carats. This collector’s piece, testifying to Chopard and its Creative Director’s devotion to rare gemstones, called for no less than 268 hours of craftsmanship in the workshops of the Maison. Slender matching earrings add the perfect finishing touch to this adornment worthy of the most splendid surroundings.

Pursuing Caroline Scheufele’s oriental dreams, a choker provides another vivid foretaste of this Red Carpet collection. Gently held by rows of facetted tanzanite balls, a central red ceramic and titanium motif plays with a fascinating aquamarine, inviting observers to immerse themselves in its blue-tinged shimmer. Tanzanite also reigns supreme in other creations in the collection, such as an imposing bracelet comprising several rows of facetted tanzanites and a central motif dominated by a majestic, iridescent and mysterious black opal. A subtle nudge slides the opal to reveal its secret: an ornate watch dial like a window onto an Eastern sky worthy of the finest Chinese lacquers, composed of pink mother-of-pearl and chalcedony. Finally, a pair of 18-carat white gold and blue-tinged titanium earrings sparkles with a series of tanzanite cabochons enhanced by diamonds composing delightful volutes and lacework motifs that have become signature touches of the Maison. The final concession to our curiosity is a choker necklace, for which Chopard’s Creative Director drew inspiration from the Francis Scott Fitzgerald’s novel, The Great Gatsby, and the amazing clothes worn by 1920s women. Assembled like a lacework of white diamonds, this diamond features tumbling cascades of brown and cognac-coloured diamonds. Ample proof, if any were needed, that great classics never die. The 71 equally ingenious and fantastic creations composing this impressive collection will be unveiled on the red carpet of the world’s largest film festival between the runs from the 8th of May until the 19th 2018. A sure promise of dreams and enchantment. 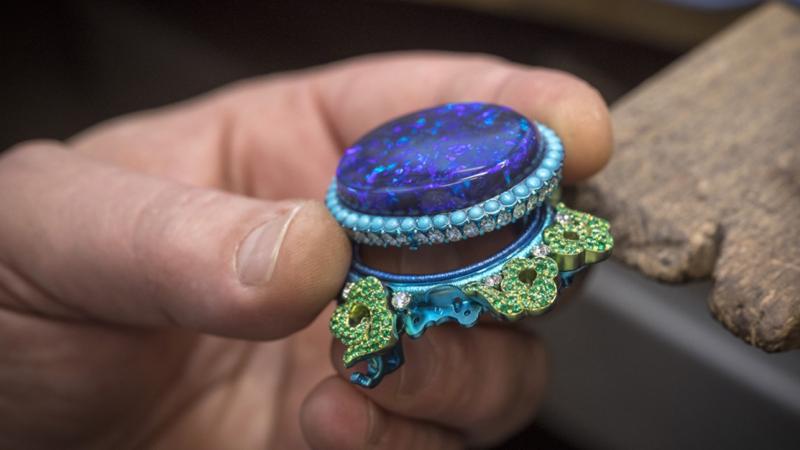 Chopard and the Cannes Festival: an enduring love story

A keen film enthusiast, Caroline Scheufele has transformed her own love story with film-making into an ongoing, over a 20-year partnership with the Cannes International Film Festival. The Palme d’or – which she personally redesigned and crafted in the Chopard workshops from Fairmined-certified ethical gold – is the dazzling symbol of this glistening pairing. Eager to support the world of cinema and to promote its youthful talents, Chopard also awards a prodigious annual prize to a promising young actor and actress: the Trophée Chopard. While the Maison’s workshops are hard at work on giving life a new contemporary range of designs, and the Trophée Chopard Committee is concluding its deliberations, Caroline Scheufele – who is never short on ideas – is secretly preparing a series of new surprises that will ensure Chopard continues to shine on La Croisette.