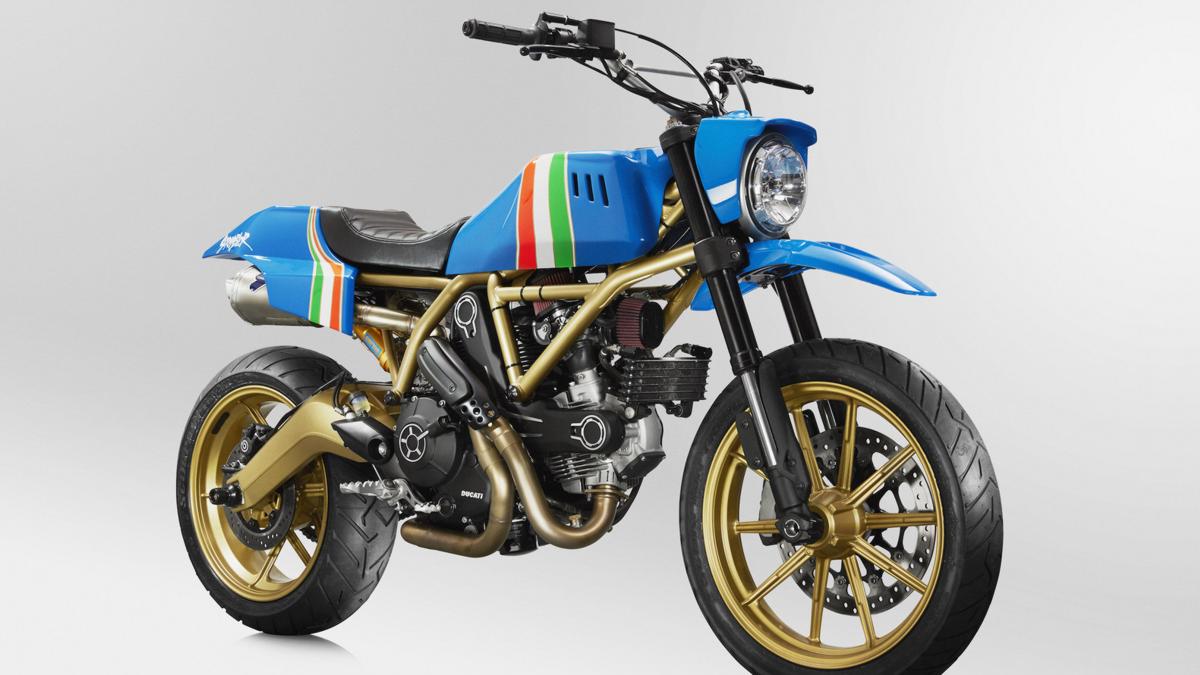 On Saturday, June 2, the inaugural Maverick custom Scrambler build will cross the auction block at MECUM's Las Vegas Motorcycle Auction at the South Point Hotel, Casino & Spa. This 100% unique motorcycle was designed by renowned tattoo artist, GRIME, to showcase his vision of individuality and freedom in moving metal, to ultimately benefit the charity of his choice. More than 250 hours of precise fabrication went into transforming the Scrambler Icon into a unique creation like no other motorcycle on the road. Jason Chinnock, CEO of Ducati North America, will be in Las Vegas to present the Shriners Hospital for Children with the full proceeds from the auction.

The one-of-a-kind motorcycle was customized as part of Ducati's Maverick program, by prolific celebrity tattoo artist GRIME, known worldwide and with a tattoo waiting list in excess of three years. The motorcycle originated as a Scrambler Ducati Icon, the first model of Ducati's Scrambler brand, which is now the company's most successful model. It was artistically handcrafted through the forming of steel and aluminum in order to merge the world of motorcycling with that of tattooing, bringing together titans of separate industries for creative expression.

"We believe GRIME's art and style exemplifies a freedom of expression that embodies the spirit of motorcycling and that of the Scrambler brand," said Jason Chinnock, Chief Executive Officer of Ducati North America. "He's used his uncapped creativity to design a masterpiece, which we're bringing to Las Vegas as a gift to the world of motorcycling and the Shriners Hospital for Children, whom GRIME has chosen as the recipient of the auction proceeds. It's our way of supporting Mavericks everywhere and helping the altruistic community that nurtures those Mavericks."

A video was also produced by Ducati to showcase GRIME: http://scramblermaverick.com