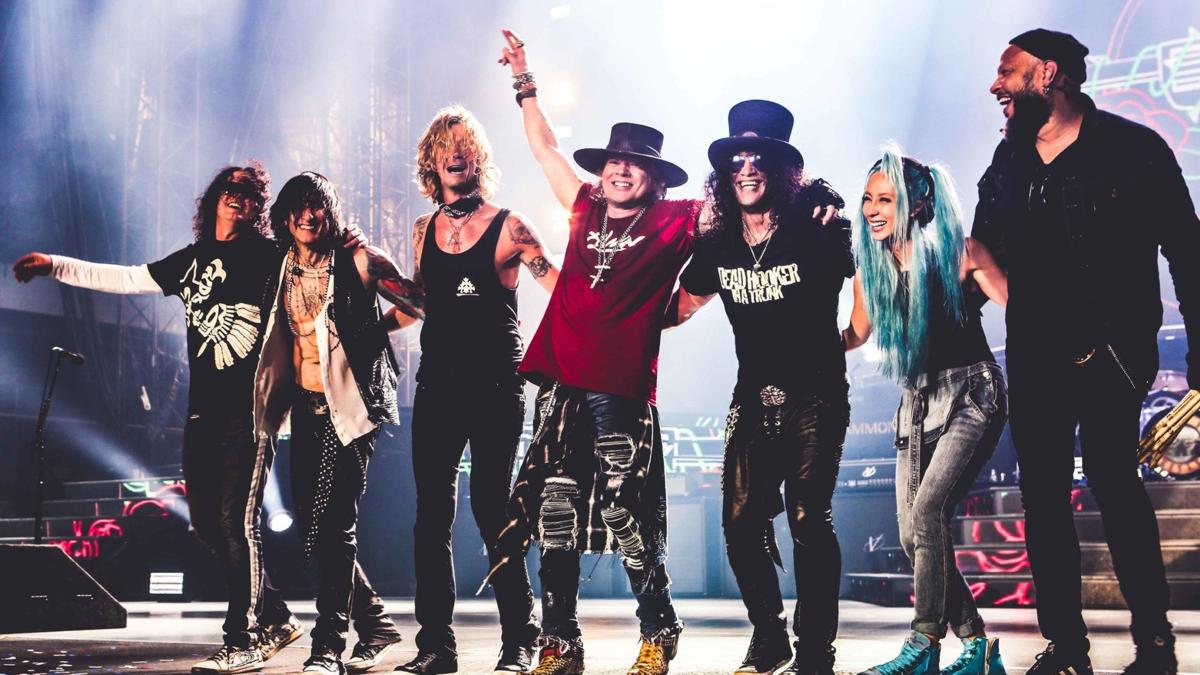 One of rock music's greatest ever bands, the addition of Guns N' Roses is sure to be a huge hit with the crowds of race-goers who travel to the Abu Dhabi Grand Prix from more than 170 countries worldwide.

Rock music lovers in Abu Dhabi can expect to see original members Axl, Slash, and Duff perform the full Guns N' Roses back catalogue of hits including 'Welcome to the Jungle', 'Sweet Child o' Mine' and 'Paradise City'.

Axl Rose's distinctive vocals, Slash's splendid guitar riffs and Duff McKagan on bass remain at the core of the Guns N' Roses sound which will fill the du Arena.

Guns N' Roses, who have sold more than 100 million records worldwide, have been performing to sold out stadiums around the globe in recent years, which means fans who travel to the du Arena can expect to see an amazing performance by the legendary rock act.

Al Tareq Al Ameri, CEO of Yas Marina Circuit, said: "Guns N' Roses are one of the biggest groups in music and reinforces our four-day proposition of on-track, off-track and after-race entertainment. We are thrilled to announce that the original line-up of the band will be headlining the Sunday night show at this year's Yasalam After-Race Concerts as part of the 2018 Abu Dhabi Grand Prix race weekend. With two great acts already revealed, we are looking forward to announcing the next big artist who will take to the stage as part of an incredible weekend of racing and live music and entertainment for ticket holders."