Interview with Rasiel Suarez, Co-Founder and CEO of Luciteria 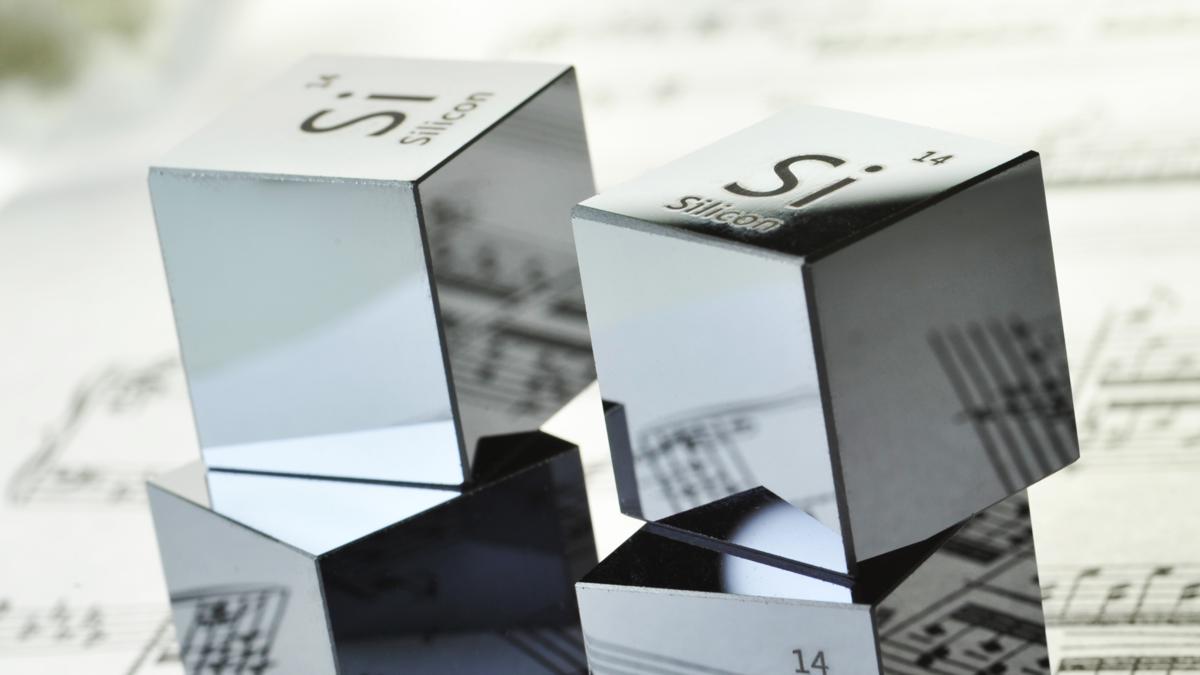 In school, we have memorized the periodic table from the beginning to the end. We knew their symbols and atomic numbers, but we had no idea what lots of them looked like. Luciteria is a touchable periodic table that allows us to see the real form of the elements which we know only their names. Now they are not just the letters Sc, Ca, Ir and Br for us.

I talked to Luciteria Co-Founder and CEO Rasiel Suarez to learn more about the Luciteria. As a science lover, I asked some questions about this unique idea, you can find all the details here. 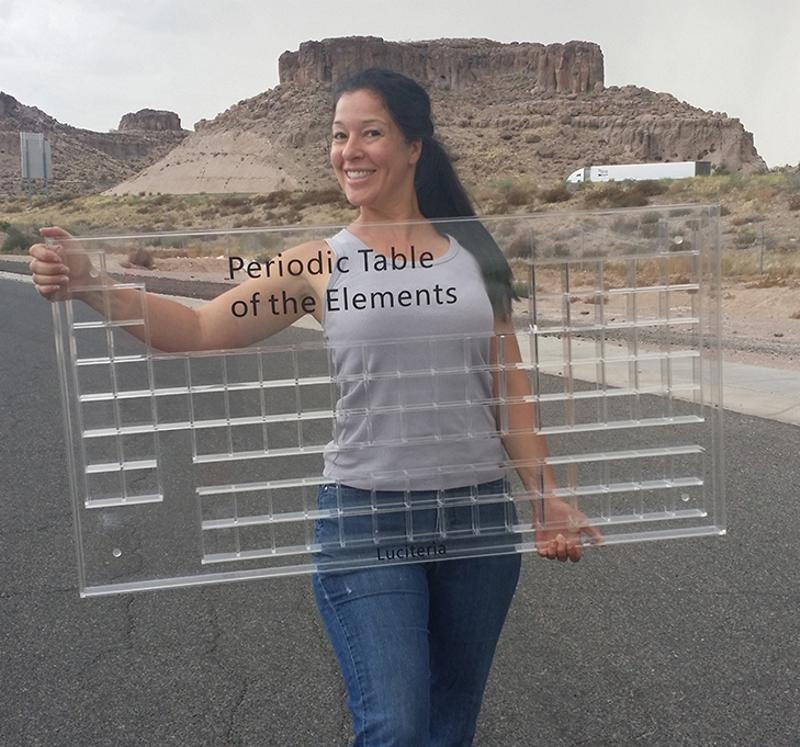 There were scientific experiments that we made at school, Luciteria reminded me of them. Could you tell us the story behind Luciteria? What inspired you?

Luciteria was the brainchild of brother-sister team Seven Asher and Rasiel Suarez. Late in 2014, we were driving a U-Haul truck through a very bad storm in Texas. We hit black ice and had a fairly serious accident but both of us were thankfully ok. The truck’s contents, however, were smooshed. Many of the damaged items were custom glassware and acrylic furniture. Heartbroken, but counting our lucky stars that it could have been much worse, we came up with the idea of starting a company where we could make our own things out of acrylic. She would design and replace her busted furniture and share her creations with the world while I could chip in by designing acrylic display cases and putting element specimens from the Periodic Table into acrylic as collectibles. “Luciteria” was born soon after as a multi-channel venue for all things made of Lucite, the highest grade acrylic.

Well, before long the scope of the project in creating, storing and marketing large furniture became a little too daunting so interest died down fairly soon after. However, we were both surprised how quickly customers took to the idea of chemical elements as collectibles and we vested our efforts from that point into expanding the product line.

Could you tell us about your scientific background?

Minimal, to be honest! Since I was a kid in the 70’s I was a consummate nerd and held a strong interest in many areas but found reading about science news to be much more accessible and fun than applying myself to understanding science through academic rigor. Regardless, as a kid (and on through to adulthood), I gathered an impressive amount of data on the various topics I was interested in anyway. And from them, lifelong hobbies were born. Having some autistic traits, I found I was more successful at keeping long-term interest if I could turn a hobby into a collection whose aim was to complete some arbitrary goal. Now I use that principle to turn learning about the periodic table – often a groaning chore for high school chemistry students – into a project that is fun to follow as well as highly educational. 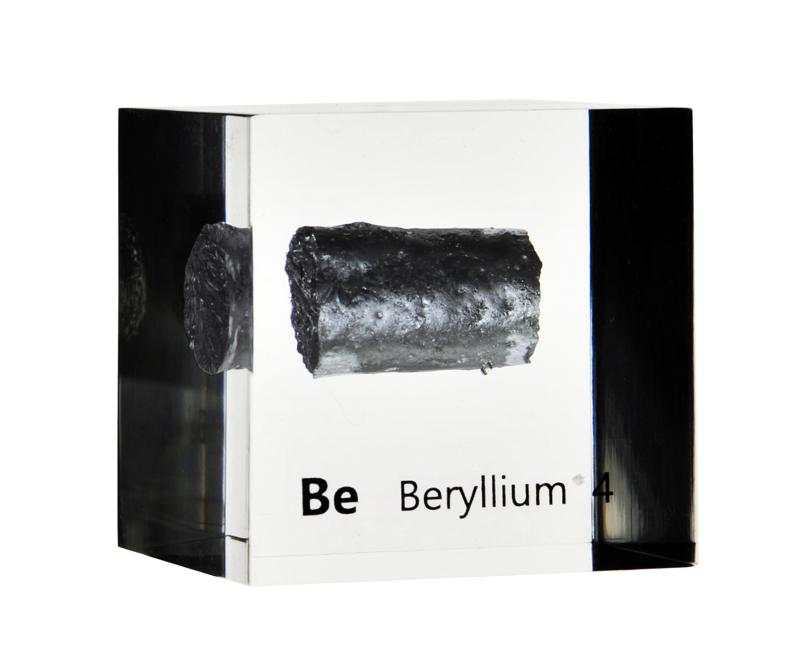 This really is more of an effort to reach as wide a demographic as possible. There are competing interests and concerns for the potential collector. The appeal of the Lucite cubes with embedded specimens is that even dangerous chemicals can be made harmless to hold in hand (the acrylic itself being nearly indestructible) while they’re also designed to be displayed to elicit the oohs and aahs of even people who would otherwise not be all that interested in the subject matter. The metal cubes, on the other hand, are actually functional calibration references meant to closely correlate to a standard quantity of any given pure element. In practice, however, for the most part, they end up as desktop gadgets that allow one to hold a beautifully machined piece of an often very exotic metal at an incredibly high level of purity.

How did you make your first samples? What was the biggest problem?

Well, the first prototypes were specimens from my own collection. The initial stages were exploratory attempts at seeing what was possible. The acrylic casting facilities have experience with embedding common materials like commercially available alloys but we were bringing materials no one had ever attempted to cast before so there were no technical write-ups to fall back on. We just “payed and prayed”. Oftentimes the samples would come back from the caster completely broken and unrecognizable. Fortunately, we were encouraged enough to keep funding repeated tries, each time tweaking the formula in hopes for better outcomes.

Our most technically challenging element has been fluorine gas. This is the most chemically reactive element on the periodic table and can eat its way through the glass. How to contain and display this substance in its pure form when its nature is so savagely destructive? It turns out that the beast can be tamed by diluting with helium gas and so, we added another hard won item on the long list!

There are lots of elements in the Luciteria set that we have heard before, but we have never seen before, and some of them are very expensive. How did you supply them?

This is the heart of any collection. Whether it’s a penny book, music or even Pokemon cards all collections start out with the easiest representative members. In the case of a collection of the periodic table of the elements, one can begin right at home. Pencil “lead” is pure carbon in the form of graphite, wiring provides high quality copper and from a can of soda you can check off aluminum. And so on. Little by little you fill the holes in the set. The fact that it gets progressively harder is part of the thrill. You’re not likely to come across, say, a chunk of terbium or molybdenum by ruffling through the boxes in your attic so that when you do finally score some you get a sense of achievement…. and then the hunt is on to fill the next hole!

We don’t have a magic source. Almost all the elements can be bought directly from refineries and laboratories which is where we get them from. However, we work with the materials suppliers to provide not only the purest possible grades but also the most aesthetically pleasing; the better to show off to others.

Are all elements safe? I saw a Uranium cube, isn't it dangerous?

This will someday become the number one question in the FAQ section we don’t yet have! Uranium is definitely radioactive and radioactivity is definitely a health hazard. However, what the average person is not aware of is that radioactivity comes in several different forms and intensities. Uranium metal happens to be an exceptionally weak source of radiation. The bigger atoms get the more likely they are to fly apart in a shower of energy – radiation – which is destructive at a molecular level. Uranium is an atom with 92 protons and an additional 140 or so neutrons. Nature has set this as more or less the upper limit of what can be held together through nuclear forces. Every few million years, on average, a uranium atom collapses and releases its destructive power (a characteristic that can be intentionally harvested and precipitated in a bomb but that’s a different story). But since this rate is glacial the harm that comes from a little uranium is likewise minimal. A gram or two of uranium carried in a pocket continuously wouldn’t be even remotely sufficient to give you a harmful exposure and much less than that if properly stored in a display case.

Other elements we sell can be much deadlier. Liquid bromine, arsenic and especially thallium are examples of elements best collected in Lucite unless one has training in the storage of hazardous chemicals. 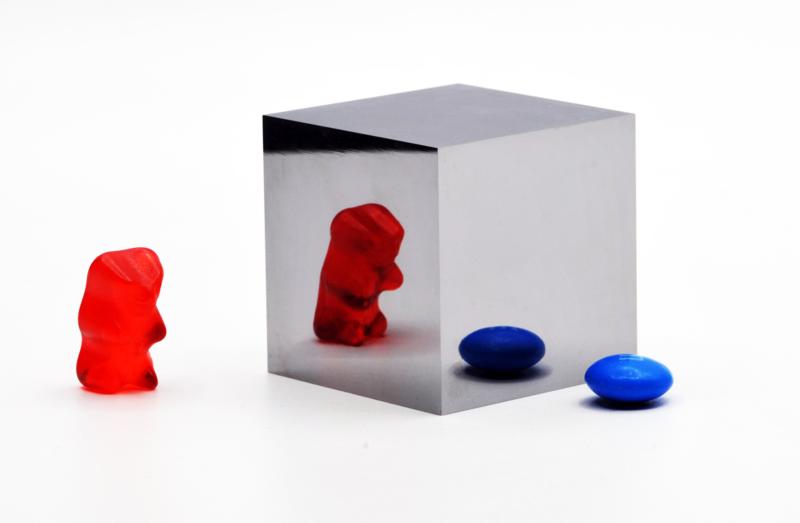 I think every science class needs one full set of elements from Luciteria. Are there any initiatives for this type of project?

Our initial vision anticipated academia as a key market and, in fact, most of the complete sets we do sell are bound for schools and universities. To be sure, there is no shortage of teachers and faculty departments who would love to have one of our displays prominently mounted but few, unfortunately, will have the necessary budget to accommodate a purchase that can easily run into the tens of thousands of dollars. Consider, for example, that a piece of gold large enough to be appreciated from a few feet away can all by itself cost a thousand dollars or more. The second concern for such a significant investment then becomes security which often entails elaborate secondary housings and other security measures that add to the expense.

What do you think about the power of social media marketing? Which one you prefer and how do you use it?

No question about it, social media is essential for new businesses today and Luciteria is no exception. While we have a Facebook page (https://www.facebook.com/luciteria) it is at present used mostly to highlight element trivia or showcase a new product. Our website also recently launched a forum to serve as a base for enthusiasts. In all, our marketing program on social media is in the beginning stages. So far our growth is consistently outpacing our ability to adequately expand so our community outreach is more about engaging with the public than with driving sales. 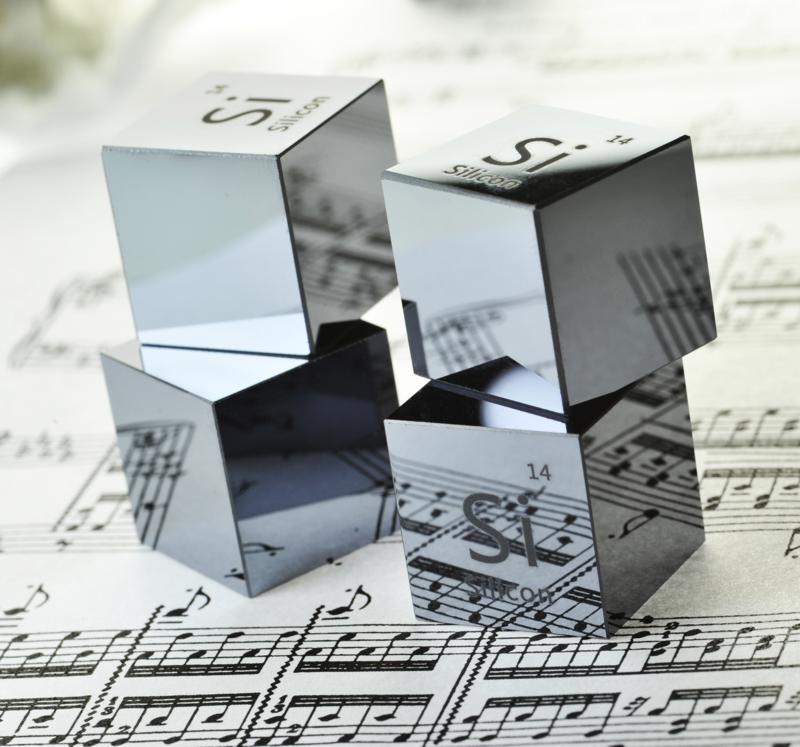 Luciteria is a scientific project but very decorative at the same time. Where can our readers buy Luciteria’s products?

Even though we started in 2015 we feel those three years have whizzed by and we are really just starting out. Our cubes have recently been sold on Touch of Modern and on France’s Noova network. They are also available on Amazon, a handful of brick-and-mortar resellers and, of course, our website luciteria.com. We are also excited to be in the early phase of talks to be carried on some high profile venues which we hope to finalize over the coming months.

There are many new products in various stages of completion. We really do want to be able to offer quality products across all budgets the better to encourage newcomers. To this end, we are developing several low-cost variants of the display cases. We are also developing retail-ready packaging to enable expansion into retail stores such as museum gift shops where our product line will be very well positioned. In addition to tapping into our mainstay collector demographic Luciteria is increasingly sourcing to academic institutions and other businesses which finds us working more and more to provide solutions that cater to their specific needs.

In closing, I’d like to note that Luciteria is only one of a number of new companies that are beginning to cater in whole or part to the needs of element collectors. Traditionally, the suppliers of raw elements have been refineries whose output was destined for unglamorous uses in various industries. The rapid growth of a worldwide interest in owning samples of the elements from the periodic table is beginning to shift some of that output with a new emphasis on presentation and design to meet the demands of the consumer market. And for our part we are happy to be leading the way :-)