The Frist Art Museum Presents "Chaos and Awe: Painting for the 21st Century" 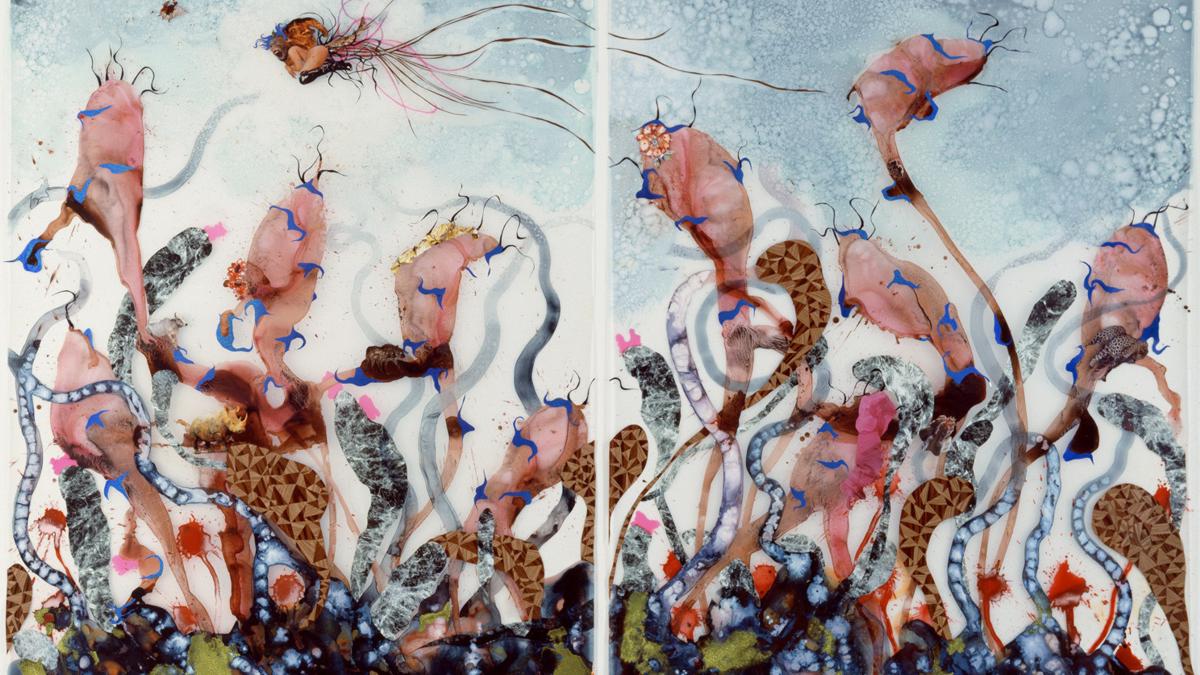 The Frist Art Museum presents Chaos and Awe: Painting for the 21st Century, a sweeping survey of paintings from around the world that invite contemplation of seemingly ungraspable forces shaping contemporary society, from the ideological to the technological. Organized by Frist Art Museum chief curator Mark Scala, the exhibition will be on view in the museum's Ingram Gallery from June 22 through September 16, 2018. It will be presented at the Chrysler Museum of Art, Norfolk, Virginia, from November 15, 2018, through April 28, 2019.

Artists in the exhibition, including Franz Ackermann, Ellen Gallagher, Wangechi Mutu, Matthew Ritchie, and 34 others, convey the destabilizing effects of phenomena such as globalism, mass migration, the resurgence of radical political agendas, and the rapidly expanding impact of communications and information technology. These powerful forces are dramatically altering social relations in unpredictable ways, provoking emotions from anxiety to excitement about life in the present and future.

Affirming painting's unfailing relevance as an art form in the digital era, Chaos and Awe celebrates the visual freshness, complexity, and associative richness of this age-old medium. "Taking advantage of paint's chameleon like properties, these works have a nuanced and alluring physical presence that is less attainable in virtual mediums," says Scala. "Even the physical nature of paint itself, scooped from a can or squeezed from a tube, has metaphorical resonance—its formlessness is well suited to depicting amorphous conditions that are the central themes of this show." Scala's critically acclaimed 2009 exhibition Paint Made Flesh also examined how paint is an inherently effective medium for expressing the transitory nature of the human condition.

Organized in seven sections, Chaos and Awe begins with "No Place," a meditation on complex technological systems that have enhanced the connectedness of people and cultures around the world, but also led to a heightened vulnerability in our social, political, and technical infrastructures. Paintings in "Shadows" and "Collisions" express unease, fear, and the fragmentation of identity in response to reemerging racism, nationalism, and conflicting belief systems. "Interzone" explores encounters between different cultures, less as sources of anxiety than as portrayals of the vibrant cross-fertilization that results from global migration. "Virtuality" relates to the impact of the digital age, in which the boundaries between reality and cyberspace have become increasingly tenuous. Paintings in "The Boundless" depict ephemeral phenomena such as atmosphere, fluid, and smoke as symbols of the uncontainable vastness of the human imagination. The exhibition concludes with "Everything," which features works that convey a deep thirst for worldviews that can accommodate multiple understandings, welcoming rather than rejecting the dissolution of fixed ideas and borders.

The profound nature of the subject matter, paired with the masterly technique on display in the works, may overwhelm, disturb, or thrill the viewer—reactions that affirm the enduring ability of painting to communicate nascent and often unnamable ideas, emotions, and sensations. Scala hopes that the paintings will help shape viewers' own perceptions of the forces swirling around them. "How we respond to the precarity of the world is the central question today, as it has been in other pivotal moments in history."

Artists in Chaos and Awe