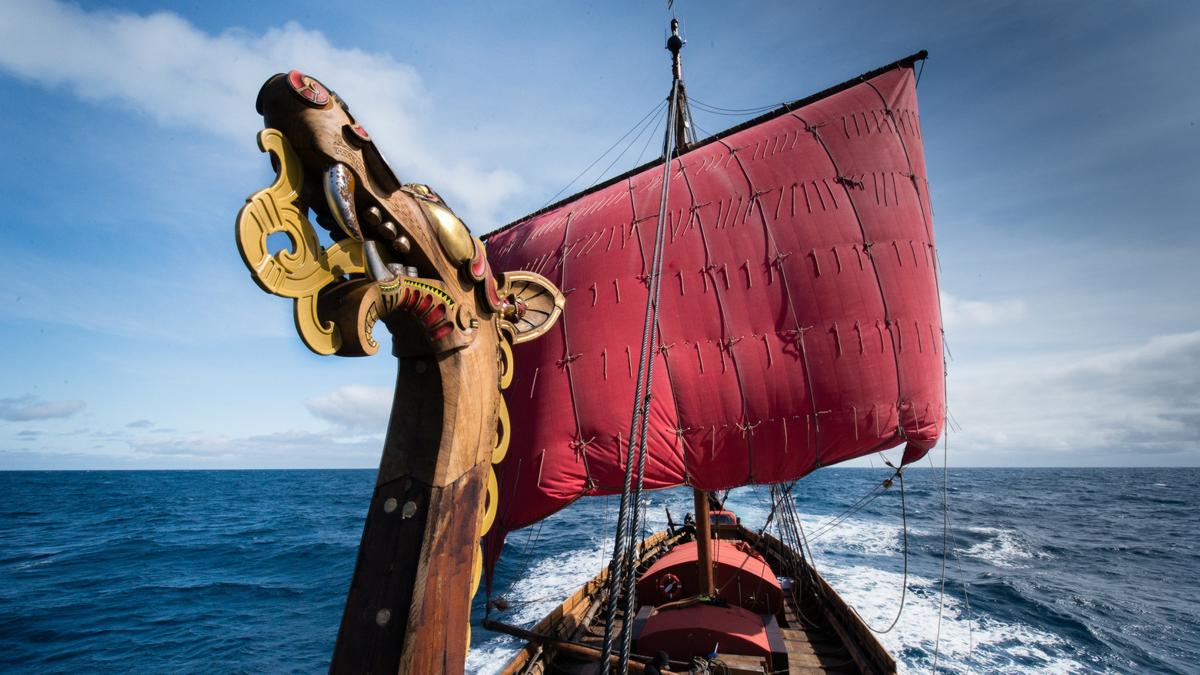 In 2016, the Draken successfully crossed the North Atlantic Ocean, recreating one of the most epic, mythical explorations of all time in the wake of the Viking Explorer, Leif Ericsson. Visiting numerous ports and encountering thousands of people along her Trans-Atlantic journey, the Draken Harald Hårfagre emerged as a pillar of culture, education, and enrichment, bringing the illustrious Viking age of exploration to life in today's modern age.

Following the overwhelming response and great show of interest and support from the public, the next leg of the Draken Harald Hårfagre North American tour will consist of 16 stopovers across the U.S. East Coast states of Maine, New Hampshire, Massachusetts, Rhode Island, New York, Pennsylvania, Maryland, Washington D.C., and Virginia. The final tour schedule and all stopover ports are yet to be announced and will be made public in late-spring 2018.

"Each Draken stopover offers a unique, once-in-a-lifetime opportunity for visitors to relive history in a way never before experienced, said Captain, Björn Ahlander. "We offer guests the opportunity to not only marvel at this stunning Viking ship on guided deck tours – but also to interact with the crew while they share their personal experiences of the thrill, fear, and exhilaration felt from having relived one of the world's most mythological sea voyages – the first transatlantic crossing and the Viking discovery of the New World, more than a thousand years ago."

After initially setting sail from Haugesund, Norway the world's largest Viking Ship sailing in modern times traveled via the Shetland Islands, Faroe Islands, Iceland, Greenland, before its arrival to Newfoundland and subsequently the St. Lawrence Seaway and the Great Lakes, followed by New York City. The ship then arrived in Mystic Seaport, CT., where she has been docked since the conclusion of Expedition 2016.

The crew on board Draken is a team of 35 people; men and women from all over the world, representing a diverse mix of age, gender, nationality, and background. The Draken is now inviting members of the public to take part in this once in a lifetime opportunity by applying for professional and volunteer crew positions. To learn more, please visit: www.drakenhh.com/join-the-crew