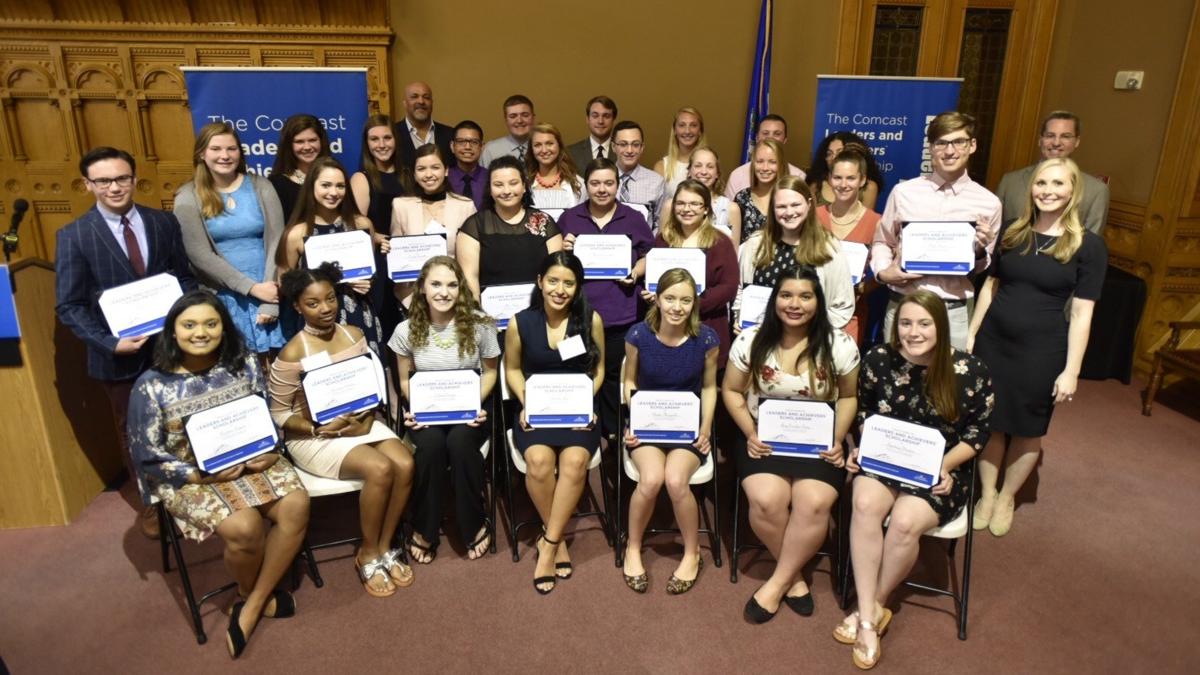 Comcast NBCUniversal today announced that it has awarded $53,000 in scholarships for the 2018-19 school year to 44 Connecticut students as part of its annual Leaders and Achievers® Scholarship Program. The program, funded by the Comcast Foundation, is a one-time, $1,000 scholarship awarded to the best and brightest high school seniors for their community service, academic performance and leadership skills.

"Our Leaders and Achievers Scholarship winners are exceptional students who are committed to academic excellence and community service," said Michael Parker, senior vice president of Comcast's Western New England Region, which is headquartered in Connecticut. "We are honored to recognize their achievements and excited to support them as they continue their educational journeys."

"Congratulations to all the students across Connecticut for being recognized as "leaders and achievers" at the Capitol," said Speaker of the House Joe Aresimowicz (D-Berlin/Southington.) "It was great to be part of an event that awards scholarships to help kids pursue higher education."

The Comcast Leaders and Achievers Scholarship Program provides scholarships to students who strive to achieve their full potential, who are catalysts for positive change in their communities, who are involved in their schools, and who serve as models for their fellow students. The philosophy behind the program is to give young people every opportunity to prepare for the future and to engage them in their communities. The program also demonstrates the importance of civic involvement, and the value placed on civic involvement by the business community.