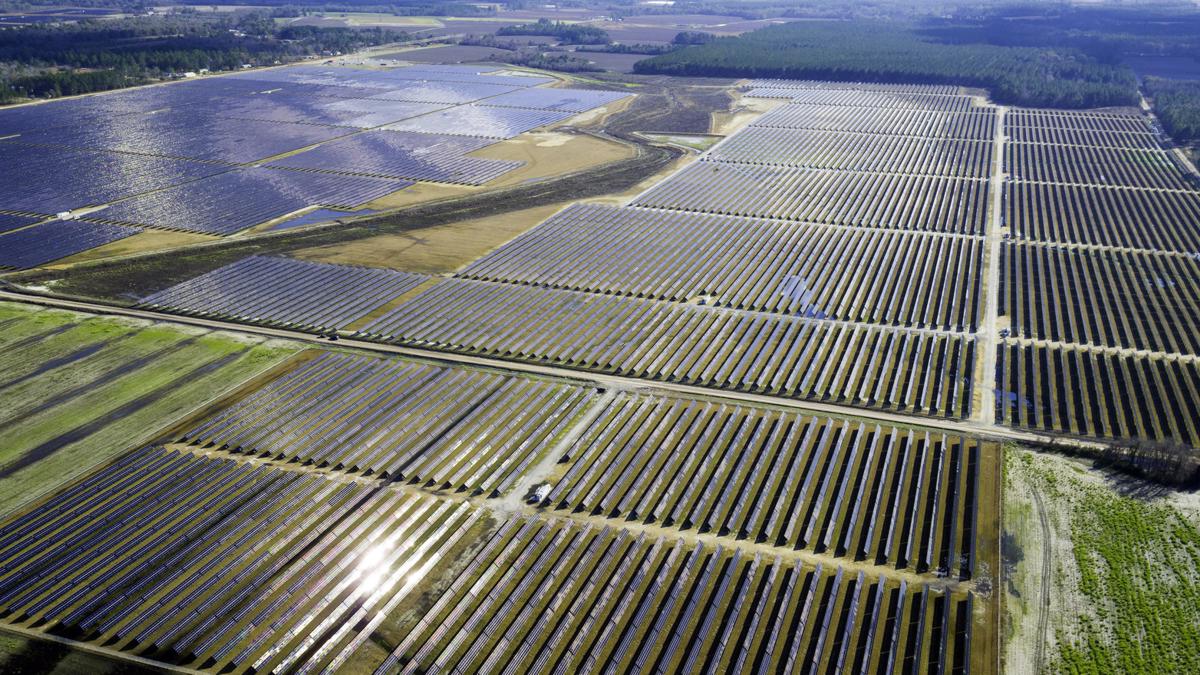 Green Power EMC and Silicon Ranch today announced a significant expansion of their partnership to serve communities across Georgia with low-cost, renewable power. As part of the agreement, Silicon Ranch will bring an additional 194 megawatts (MWAC) of solar energy online by the year 2021. The total capacity will be distributed across four locations in middle and south Georgia and will generate enough power to help serve approximately 35,000 EMC households annually.

The four facilities will be funded and built by Silicon Ranch, and Green Power EMC will purchase all the energy and environmental attributes generated by the facilities on behalf of its member Electric Membership Corporations (EMCs). As it does with every project it develops, Silicon Ranch will also own, operate, and maintain the arrays throughout the 30-year agreement.

Sites have been selected for each of the facilities pending successful negotiation of all agreements with the local government entities.

Established in 2001 by Georgia's EMCs, Green Power EMC was the first green energy provider in the state and by the end of 2017 had 283 MW of capacity in place, a figure that leads the nation among co-ops. Silicon Ranch has doubled its own operating capacity for three consecutive years, with more than 120 facilities serving a diverse set of customers in 14 states, including the first utility-scale solar projects in Georgia, Tennessee, Arkansas, and Mississippi. Earlier this year, Silicon Ranch completed a transaction that makes Shell its largest shareholder and positions it as Shell's solar platform in the U.S.

Georgia House Energy Committee Chairman Don Parsons (R., Marietta) welcomed the economic impact of today's announcement: "Collectively, these solar projects represent hundreds of millions of dollars in new capital investment to bring cutting-edge renewable infrastructure to Georgia. Silicon Ranch will make this significant investment over the next few years to construct these facilities and will contribute significantly to the tax base of these local communities for the next 30 years. I am proud of the EMCs in Georgia for buying this renewable power and making this investment possible."

According to Green Power EMC President Jeff Pratt, Silicon Ranch has become a trusted partner that shares the core cooperative principle of 'concern for community.' "Silicon Ranch has consistently exceeded our expectations in meeting the renewable demands of our Member EMCs and their communities," Pratt said. "Furthermore, Silicon Ranch's partnership with Shell expands their financial strength and provides access to resources to thrive in a maturing solar market."

Silicon Ranch CEO Matt Kisber praised the vision and leadership of Green Power EMC and the Georgia co-ops: "Silicon Ranch is honored to expand our relationship with Green Power EMC and its member EMCs. America's leading businesses are making the availability of renewable energy a key factor in their location decisions. We applaud the Georgia co-ops for their forward-thinking, customer-centric approach to serving their members, their communities, and their state."

Marc van Gerven, Shell Vice President of Solar, underscored the significance of the announcement from a global perspective: "Georgia is one of the fastest-growing solar markets in the United States, which is itself the second-largest solar market in the world. Shell is committed to invest $1 billion-$2 billion annually through our New Energies division, and our investment in Silicon Ranch is a key element of this strategy. We are proud to stand with Silicon Ranch as it strengthens America's leading cooperative solar partnership with Green Power EMC."