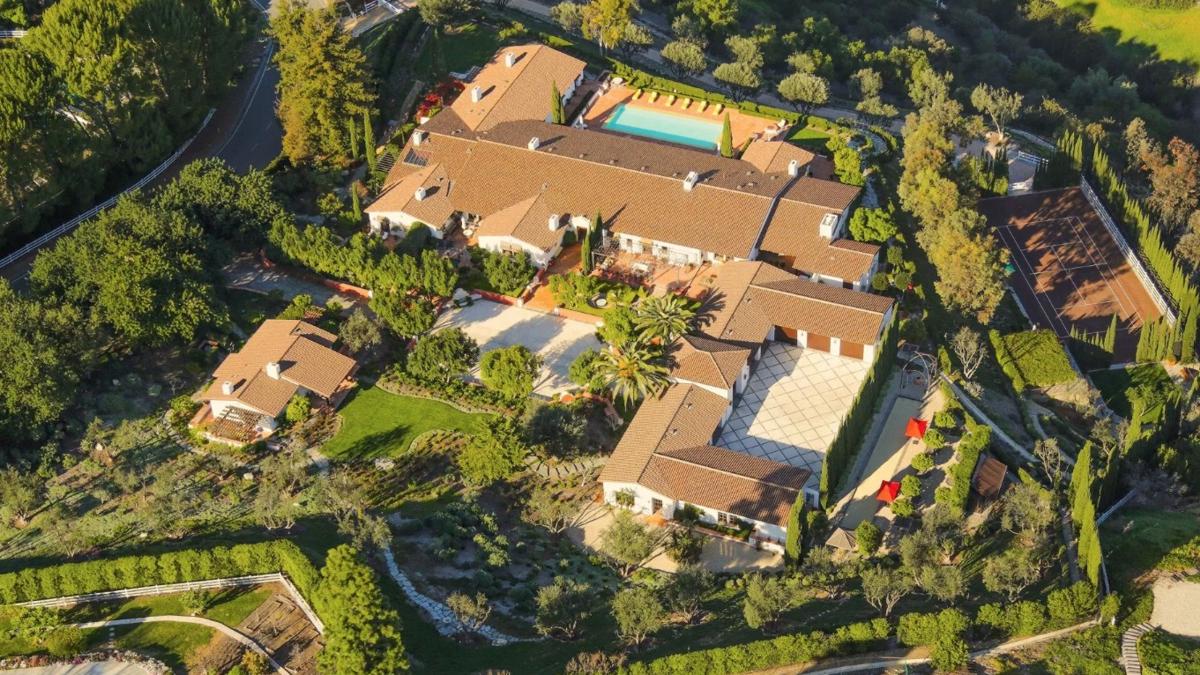 A 7.4-acre, living "work of art," meticulously designed over 17 years to emulate an authentic Spanish hacienda, will sell at auction Without Reserve next month via global luxury auction firm Concierge Auctions.

Overlooking the city of Los Angeles at the crest of Palos Verdes Peninsula in the guard-gated city of Rolling Hills, the 51,000-square-foot estate known as Hacienda de la Paz is the only residence in the Americas designed by award-winning Spanish architect Rafael Manzano Martos, curator to Spain's royal family. Boasting nine bedrooms, 25 bathrooms, a grand neoclassical ballroom and an indoor tennis court, the awe-inspiring estate – originally listed for $53 million - will sell at a live, onsite auction July 26, 2018 in cooperation with Jade Mills of Coldwell Banker Residential Real Estate and Jason Oppenheim of The Oppenheim Group.

"My dream was to build an architectural tribute to California, a legacy property in the style of the original Getty Villa or Hearst Castle," stated the seller, John Z. Blazevich. "I recruited a team of skilled architects, interior designers, craftsmen and artisans from around the world to assist me in creating an authentic first-generation Spanish hacienda. I built a rare work of art, therefore selling in this manner as you would a Picasso makes sense to me."

Interior details include hand crafted interlocking ceilings; plush carpets; custom draperies and furnishings; and hand-picked building materials from Spain, Italy, Portugal, and Morocco. A main highlight of the property is the 210-degree panoramic views stretching from the Santa Monica Bay, the Westside and downtown to the San Gabriel Mountains.

In addition to the Moorish gardens and fountains, outdoor amenities include groves of olive trees; a bocce court; red clay tennis court; infinity edge pool with jetliner views of Los Angeles; a guesthouse; maid and staff quarters; and equestrian and hiking trails. Additionally, there is a six-car garage and motor court with hand crafted limestone driveways.

"This estate would be almost impossible to reproduce today, even if someone had the passion to attempt it, as it would likely take almost a decade and cost more than $100 million," Oppenheim stated. "Hacienda de la Paz is one of the most unique and meticulously crafted properties in the United States."

Mills added, "This is a once in a lifetime opportunity. This irreplaceable work of art will go to the highest bidder on July 26th."