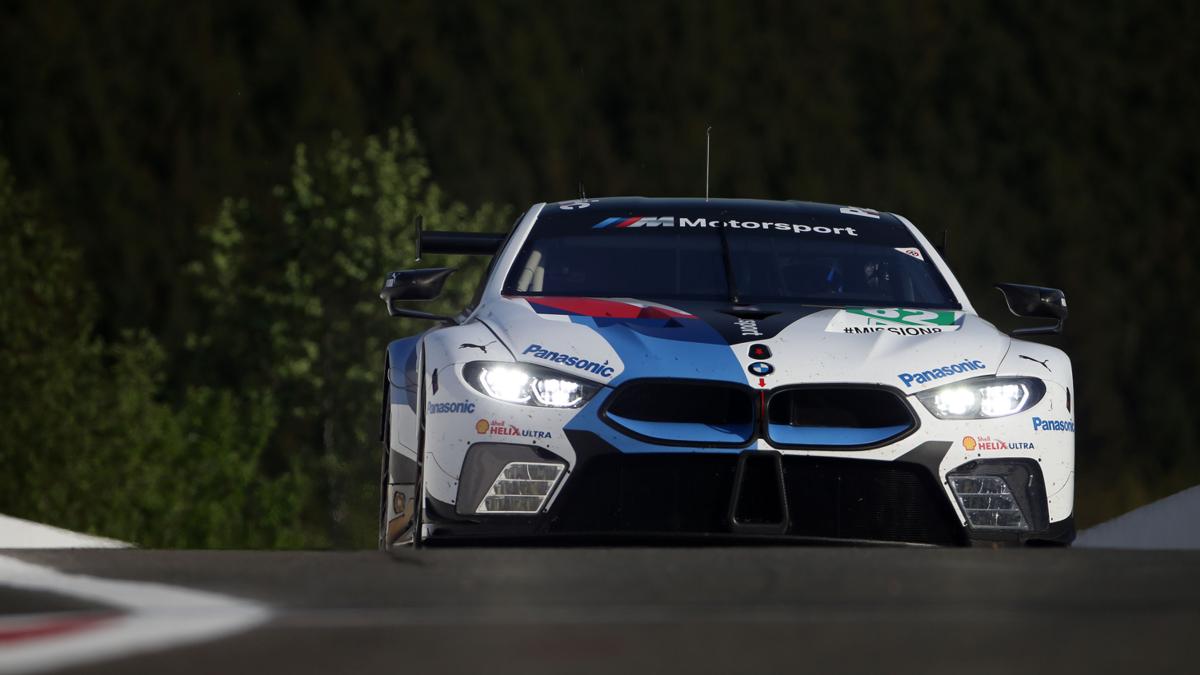 Munich. BMW’s return to the 24 Hours of Le Mans (FRA) on 16th/17th June is fast approaching, and the BMW works drivers will be hoping to make light of the demanding night hours at the endurance classic, which forms the highlight of the FIA World Endurance Championship (WEC). The innovative light technology on the new BMW M8 GTE, developed together with Osram, official partner of BMW M Motorsport, has been specifically designed for motor racing and provides the BMW drivers with the brightest light in the GTE field.

Cutting-edge LED technology in the main headlights, built by custom-design specialist GERG Lighthouse, a member of the GERG Group, and based closely on the design of the BMW 8 Series Coupé production model, not only guarantee a particularly high range in the night, but also illuminate the entire width of the track extremely well. Furthermore, auxiliary headlights, also featuring LED technology, light up the corner entries.

“The light system is a safety factor for the drivers. Optimal illumination of the track, particularly on the long forest straights at Le Mans, prevents the drivers from becoming tired so quickly. It also allows them to see what is happening on the circuit ahead of them and to easily make out the side of the track,” says Richard Bichler, head of the BMW M8 GTE project at BMW Motorsport. Furthermore, the competition soon notices when a BMW M8 GTE is approaching them from behind.

The very bright full beam is always on – unlike with production cars, it is simply dimmed briefly to flash other cars. In the pit lane, the linking of the dim function to the pit speed limiter ensures that the BMW Team MTEK crew is not blinded during pit stops.

As well as the fact that the BMW M8 GTE is the first racing car in the history of BMW Motorsport to see action before its production counterpart, this is also the first time the light system has been developed specifically for motorsport. “Never before has BMW Motorsport developed lights specifically for a race car. Up until now, race cars have used powerful production headlights that have simply been made lighter,” says Bichler. The goal for Le Mans was to provide the drivers with as much light as possible. As such, the maximum potential light output was calculated and simulated in advance, as were the necessary cooling and optimal heat dissipation.

The LEDs for this high-performance light system came from Osram. Each of the main headlights uses six “Oslon Black Flat S” LEDs (3-chip version), which are very compact and particularly bright. For the auxiliary headlights on the BMW M8 GTE, the “Olstar Headlamp” was selected and specifically developed for applications requiring bright light and provides a seamless, white light.

In order to keep the weight as low as possible, the housings for the main and auxiliary headlights are made of carbon fibre, as are the reflectors, which are then coated with chrome. The iconic double circular lights, with two LED rings, serve as daytime running lights and indicators. While the heat sink element in the main headlights is relatively unspectacular, the cooling element in the auxiliary headlights is far more sophisticated. It not only holds the LEDs, but also leads hot air away from the LEDs via channels and cooling fins. This hot air could otherwise affect the performance of the LEDs, or even result in them failing completely. When designing the cooling elements and headlight housing, the very latest Additive Manufacturing 3D printing techniques were used. That way, it was possible to produce a set of four headlights in just 72 hours. The rear lights are identical to those used in the production counterpart. “We did not make any changes to the rear lights, as they are already nice and effective, so we were able to transfer them 1:1 to the racing car,” says Bichler.

Light also plays an important role in the cockpit of the BMW M8 GTE. For example, the buttons on the steering wheel and control panel are illuminated. The brightness of the buttons is infinitely variable and can be adjusted by the driver. Different colours also ensure that drivers are able to easily distinguish the individual buttons, even during a hectic race.