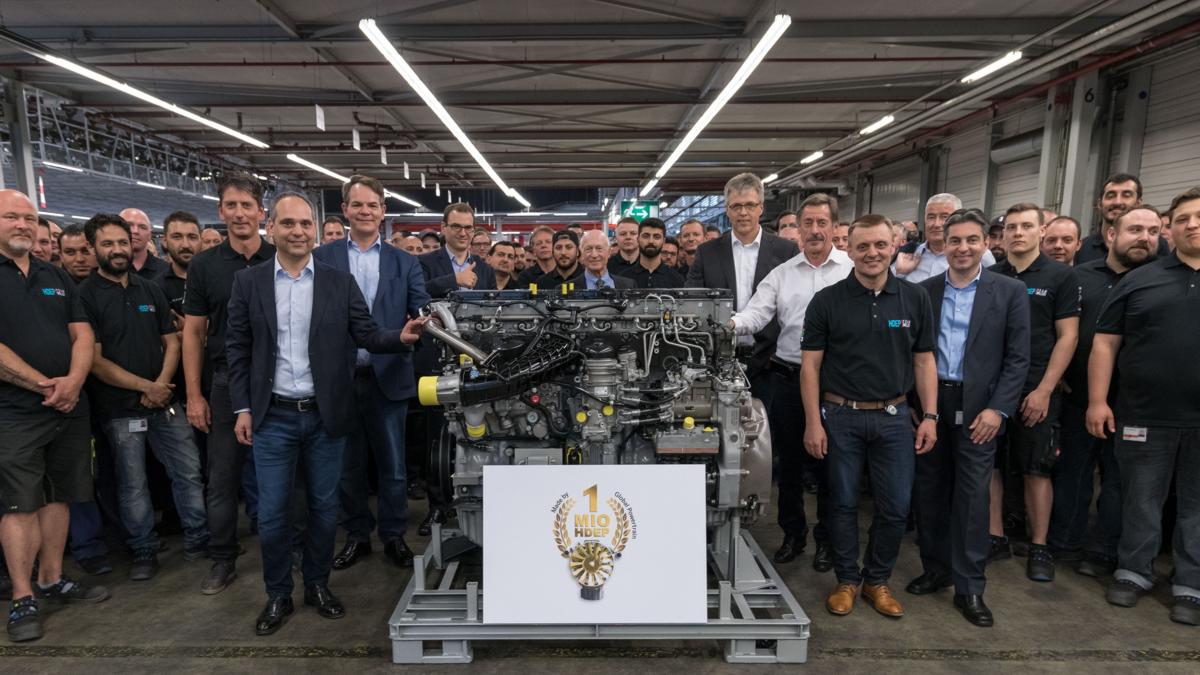 The Mercedes-Benz Mannheim Plant and Daimler Trucks North America (DTNA) subsidiary Detroit Diesel Corporation jointly reached a special milestone in the international powertrain network: Together, the two production locations have produced 1,000,000 heavy-duty engines in all, and in doing so have underscored the success of the standardised powertrain platform strategy of Daimler Trucks. The proud team of the Mannheim engine plant followed the millionth in-line six-cylinder engine used in heavy-duty commercial vehicles as it came off the line.

For more than ten years, Daimler Trucks has already been relying on a standardised powertrain platform for the heavy-duty trucks. This mainly includes engines, axles and transmissions. At the same time, the engine generation whose production operations and important components are standardised, is designed to be adaptable flexibly and in tailor-made fashion to the particular customer and market requirements in the USA, Europe and Japan using the identical technology.

Detroit Diesel started the series production of the heavy-duty engine in 2007. The production of the in-line six-cylinder engine at the Mannheim location followed about three years later in close cooperation with the North American colleagues. Here, the engine goes through all production stages from the foundry and the machining to assembly over the course of six days.

The in-line six-cylinder engine is a true multi-talent: It is not only characterised by maximum efficiency with minimal emissions and outstanding performance, but also leaves nothing to be desired for customers with a displacement range between 10.7 l and 15.6 l and output levels from 240 kW to 480 kW. All heavy-duty powertrains benefit from continuous improvements implemented in the years since production started. These comprise new low-friction engine oils, further advanced transmissions and a further refined driving strategy of the anticipatory cruise control system Predictive Powertrain Control (PPC). Heavy-duty commercial vehicles such as the Mercedes-Benz Actros, Freightliner Cascadia or the Super Great from Fuso as well as the touring coaches and inter-urban buses from Mercedes-Benz and Setra are powered by, amongst others, this robust and durable engine. The heavy-duty engine proves itself to be a true global player as a result.

Global Powertrain stands not only for integrated drivetrains, but also for the integration of all global locations and relevant functions along the value chain. The unit manufactures innovative and reliable drive system components according to globally uniform quality standards. The components are used by all of Daimler’s commercial vehicle divisions and brands as well as by external customers. At around 50 percent, drivetrains account for the lion’s share of a truck’s value added and thus make a major contribution to the growth and financial success of Daimler Trucks.