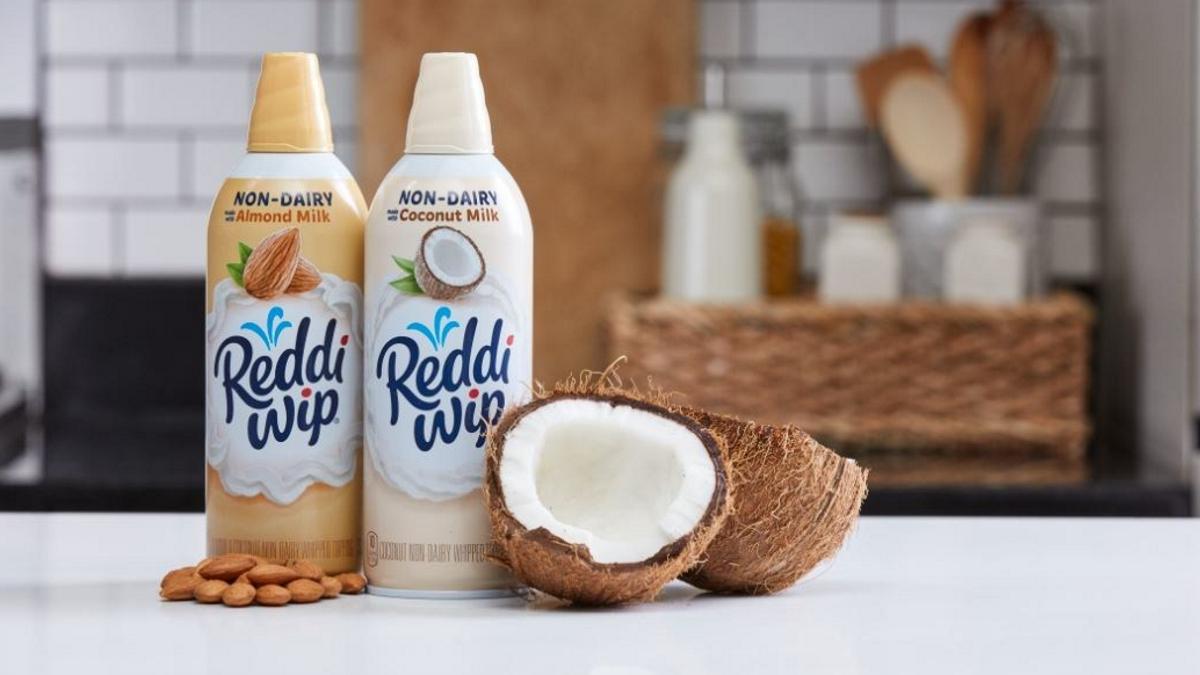 "We've seen tremendous growth in non-dairy, plant-based foods due to consumers' dietary restrictions and changing taste preferences," said Ryan Clark, president of the Refrigerated and Frozen division at Conagra Brands. "This is an exciting innovation for Reddi-wip that addresses this broader consumer demand and the requests we've received from consumers asking us to bring a non-dairy variety to market."

In fact, according to Mintel International, U.S. non-dairy milk sales grew 61% in the last five years.* In addition, almond and coconut are among the top non-dairy milks purchased.**

The new, gluten-free varieties are 10 calories per serving and free of artificial flavors and artificial preservatives. They began shipping to retailers in late May and will be available nationally in the coming months. The suggested retail price is $3.99 for a six ounce can.

The move to offer plant-based varieties follows other recent changes to Reddi-wip that addressed consumer desire for more ingredient transparency, including moving to natural flavors and cream from cows not treated with artificial growth hormone (rBST)*** in the original dairy varieties.

Visit https://www.reddiwip.com/ to learn more about the full line of Reddi-wip offerings.

***No significant difference has been shown between milk derived from rBST-treated and non-rBST-treated cows.