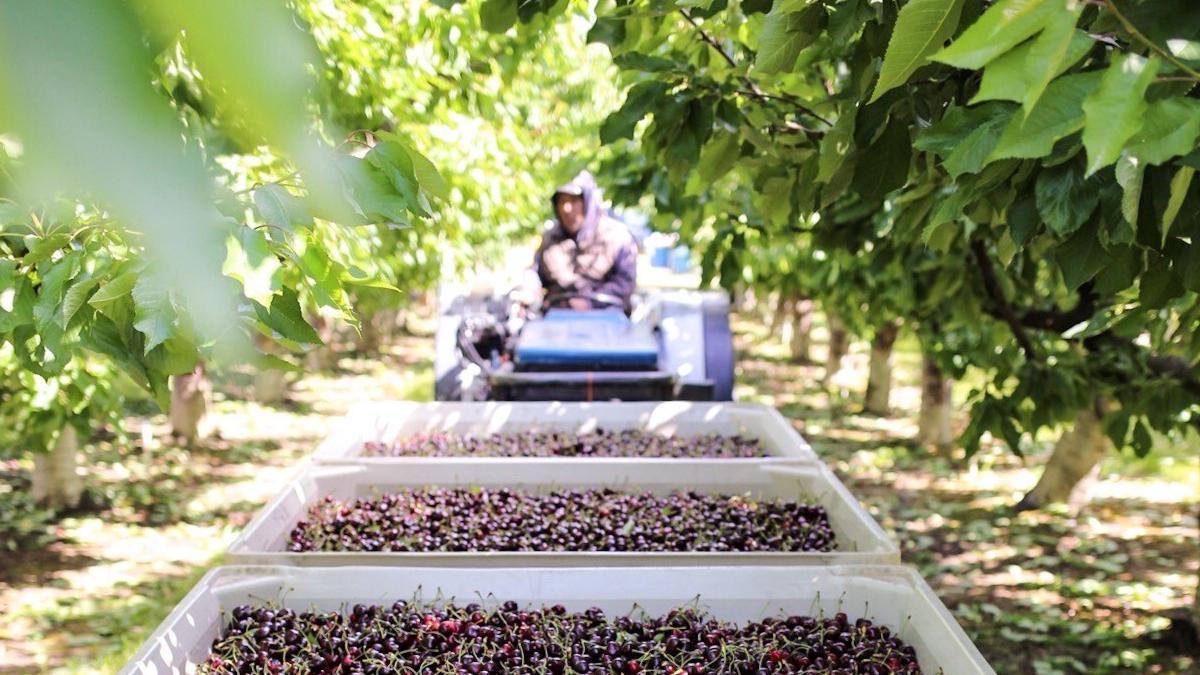 The sweetest cherries stem from the Northwest, and 2018 is no exception. This season's Northwest-grown sweet cherry crop – hailing from orchards throughout Washington, Oregon, Idaho, Utah and Montana – has arrived early thanks to a warm and dry spring, putting nature's much anticipated treat into the hands of grocery shoppers between now and mid-August.

The Northwest Cherry Growers anticipate harvesting 22.6 million boxes of sweet cherries this season—equivalent to 226,605 metric tons of fruit—which is on par with the 2014 season. Below are other fast facts to know about this classic Americana fruit, plus learn more and get fresh recipe inspiration at www.nwcherries.com

More than 2,500 Northwest farms contribute to the sweet cherry crop. Collectively they are known as the Northwest Cherry Growers which together produce at least three-quarters of the nation's entire sweet cherry crop. Their self-run, supporting organization has been around for more than 70 years.

The season is short – pick up cherries before it's too late! Northwest-grown sweet cherries are a true seasonal fruit. They are typically available for only a brief six- to eight-week window spreading from June to August. Fresh cherries will keep for approximately two weeks when refrigerated in a sealed bag or container. To freeze cherries and enjoy year-round, simply rinse, pack them in food-safe bags, and stash in the freezer for smoothies, toppings, desserts and more.

Rainier Cherries, with their yellow and blush-hued skins, are one of the most celebrated Northwest-grown cherries – so much so, they have their own national holiday! July 11 marks National Rainier Cherry Day, commemorating this sweet treat named after Washington state's famous volcanic peak. Nutrient-rich volcanic soil along with more sunlight in the Northwest creates an optimum growing environment making for high-quality and extra sweet cherries.

Due to the special growing conditions in the region, Northwest-grown sweet cherries, on average, boast the highest fruit sugar content of any cherries. The naturally high sugar content results from extended hang time on the tree, the only place a fruit accumulates sugar. This makes sweet cherries delicious to eat plain, and ideal for baking and other recipes, as cooks can cut down on added sugar given the cherries are already naturally sweet. In general, the darker the cherry, the sweeter it is. Fortunately, sweet cherries are also one of the lowest fruits on the glycemic index, making them a treat for a wider audience.

Cherries are a major superfruit and have been credited with reducing the risk of some serious diseases. Published research points to the health benefits of sweet cherries, including a study conducted by the U.S. Department of Agriculture (USDA). The study discovered consuming sweet cherries, such as the famous Bing cherry, can help prevent chronic inflammatory diseases such as cardiovascular disease, diabetes, arthritis and cancer. These powerful superfruits also contain melatonin, which may increase one's quality of sleep and reduce jetlag.

Cherries are one of the freshest produce items available, typically going from tree to grocery aisle within two days. Further, microclimates throughout the Northwest growing region allow cherries to ripen at different times, ensuring fresh fruit all summer long.

"Cherries have been around so long, they're iconic, but that doesn't mean each year's crop is guaranteed," said James Michael with the Northwest Cherry Growers, a collective marketing organization representing the growers in Washington, Oregon, Idaho, Montana and Utah. "Northwest cherry farmers go above and beyond to tend and protect their trees. We usually start harvest during the first few days of June, which means our bloom and growing weather is smack in the middle of the spring storms. But, without taking the risk, consumers wouldn't have cherries on the Fourth of July."