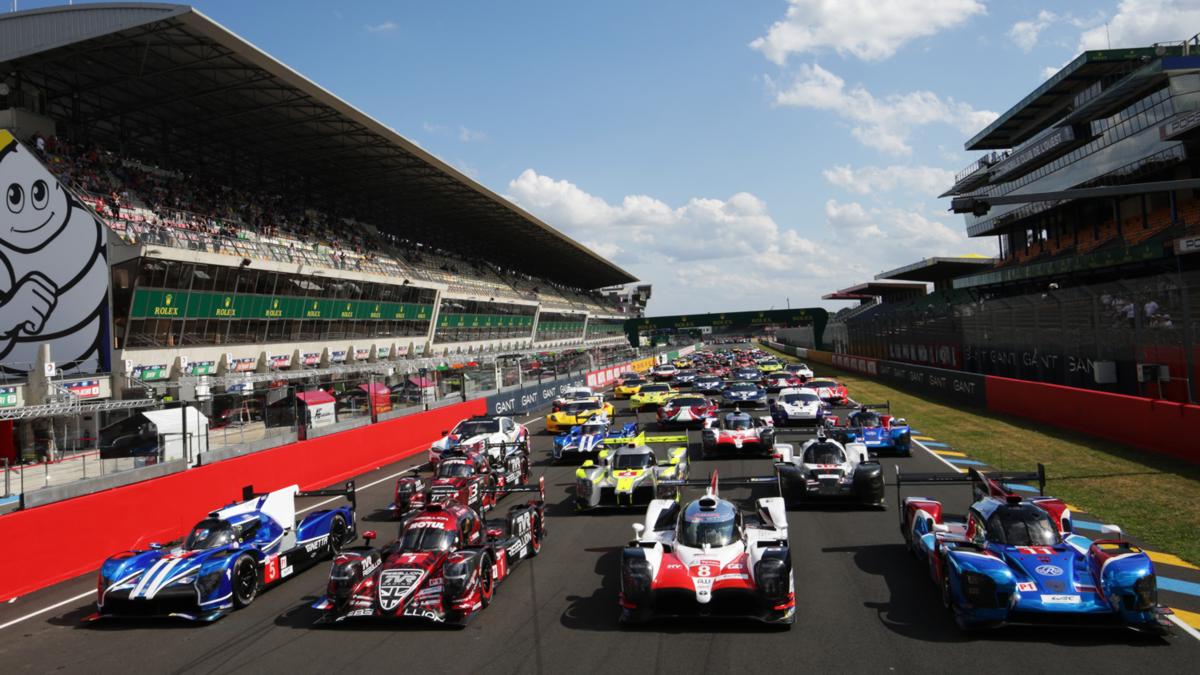 Two 1,000PS TS050 HYBRID cars are entered in the 86th edition of the classic French race. Mike Conway, Kamui Kobayashi and José María López compete in the #7 car while Sébastien Buemi and Kazuki Nakajima return in the #8 alongside Le Mans rookie Fernando Alonso.

After a one-two at Spa-Francorchamps in the first race of the season, the team expects to fight for victory in TOYOTA's 20th attempt at Le Mans and feels well prepared following 25,000 km of pre-season testing designed to enhance the performance and reliability of the TS050 HYBRID cars.

TOYOTA GAZOO Racing has already proved its speed at Le Mans in recent years, having missed out on victory due to a penultimate-lap technical problem in 2016 and setting a record-breaking fastest lap to earn pole position last year. Now the team's task is to meet the endurance challenge of Le Mans and become only the second Japanese manufacturer to win.

TOYOTA takes on the challenge of Le Mans using around 35% less fuel than in 2012, when its first hybrid LMP1 car competed at La Sarthe, thanks to its most efficient hybrid electric powertrain for motorsport. The TS050 HYBRID is allocated 35.1 kg of fuel per stint, which is enough for 11 laps of the 13.626 km Circuit de la Sarthe.

The other LMP1 cars, which do not use hybrid electric technology and are allowed to be 45 kgs lighter than the TS050 HYBRIDs, will complete 10 laps per stint from their fuel load. The exact fuel allocation has yet to be confirmed but it is certain to be significantly more than the TS050 HYBRIDs, giving the non-hybrid cars more power and performance but also necessitating longer and more frequent fuel stops.

At Spa, the first race for the new LMP1 regulations saw TOYOTA win by two laps, helped by significantly quicker pit stops than its competitors. But at the recent Le Mans test day, Rebellion Racing recorded a lap time more than four seconds faster than any non-hybrid LMP1 car has achieved previously in the WEC era, raising the prospect of an exciting and competitive Le Mans race.

The Circuit de la Sarthe has been modified slightly since last year's race with upgraded safety measures contributing to a reduction of the official track length by three metres. That means Kamui's 2017 pole position time of 3mins 14.791secs on the 13.629 km lay-out can never be beaten and joins Martin Brundle's fastest-ever lap of the 13.605 km lay-out, set at the wheel of a TS020 in 1999, in the Le Mans record books.

The 2018-specification TS050 HYBRIDs have already completed 2,752 km of the Circuit de la Sarthe, setting the fastest lap during the official test day on 3 June and the team aims to continue that strong reliability and performance throughout race week.

The Le Mans week represents the true spirit and challenge of endurance racing, featuring a total of almost 35 hours of driving, starting on Wednesday 13 June with a four-hour practice session at 16:00 before two hours of qualifying which starts at 22:00.

Qualifying continues on Thursday with another two 120-minute sessions (19:00 & 22:00). The starting grid is decided by the fastest lap from any of the qualifying sessions, with TOYOTA ready to fight for its fourth pole position at Le Mans. Friday's drivers' parade in the city gives fans a chance to meet the drivers before the weekend, which begins with a 45-minute warm-up at 09:00 with the race starting at 15:00 on Saturday.

"It is always exciting to go to Le Mans and this year we are particularly looking forward to the race. Following the big disappointments of 2016 and 2017 at Le Mans, we have prepared more thoroughly than ever before and our priority is to reach the chequered flag without trouble. But we know from the past that many things can happen at Le Mans and we will need to show our team spirit to overcome the many difficulties of this event. I am confident that our team is united and ready for this challenge and will never give up on our target; we will do everything we can to stand in the middle of the podium on Sunday afternoon. I hope we can give the fans a race to remember as well."

"I am really looking forward to Le Mans. We wait the whole year for this race; from the chequered flag in 2017 we have been working for this week. We have prepared as well as we can do, I believe, so we have to go to Le Mans and execute everything as planned. We are stronger and better prepared than before so I cannot wait. It is always a special atmosphere to drive at Le Mans as you can only drive the track once per year. The fans are always excited and I am sure it will be a week to remember."

"It's always great to be at Le Mans because racing on that track is amazing. The atmosphere doesn't compare to any other race, which is why it has such a long history and is still such a huge event. I set the quickest Le Mans lap last year but that doesn't mean anything; I am proud of it but I want to achieve something in the race. I have never won Le Mans before so I am determined it will happen this time. For sure, we will fight for all 24 hours to achieve our goal in the race."

"All the work for the past 12 months comes down to Le Mans race week. All the tests, effort and sacrifices are for this race where we need to perform at our best. It's going to be a huge race this year with a lot of attention on us. It will be a special feeling and I can't wait to experience the atmosphere again. There are some high-profile drivers and a lot of prototype cars so it's a great grid; I am expecting one of the most exciting races for a while."

"Le Mans is very special so I am really happy to be able to race there in this one-off event, with a massive crowd and huge excitement. The race itself is very historic so I try to enjoy every moment of it. After our strong performance at Spa and in the test day, it is looking pretty good for us for the race but we have been in a similar situation before and not achieved our targets. So I am approaching the weekend like a normal race. We know many unexpected things can happen so it's never all under control but we have worked hard to get here now let's see what will happen."

"It's going to be a hard week and a tough race as always at Le Mans. It's clear when you look at the lap times from the test day that there is strong competition and a close fight. We know what we have to do; we have to prepare in the best possible way and do our race without any mistake, failure or problem. It's the same target as every race. We need to keep our heads down and keep fighting to reach our goal. I believe we have a strong chance and I am determined to make it."

"I feel ready for this. As a team we have worked so hard together to be ready for this and I think we are in a strong position; we are as prepared as we could be. I am enjoying being part of a strong and united team. It is exciting to prepare for my first Le Mans 24 Hours and experience this amazing event at this iconic circuit; it feels special. It will be an emotional week building up to the 24 hours. Obviously it's my first Le Mans so it's going to be an experience, not only the race but the complete week with the preparation, the atmosphere and the fans; that's the magic of Le Mans."