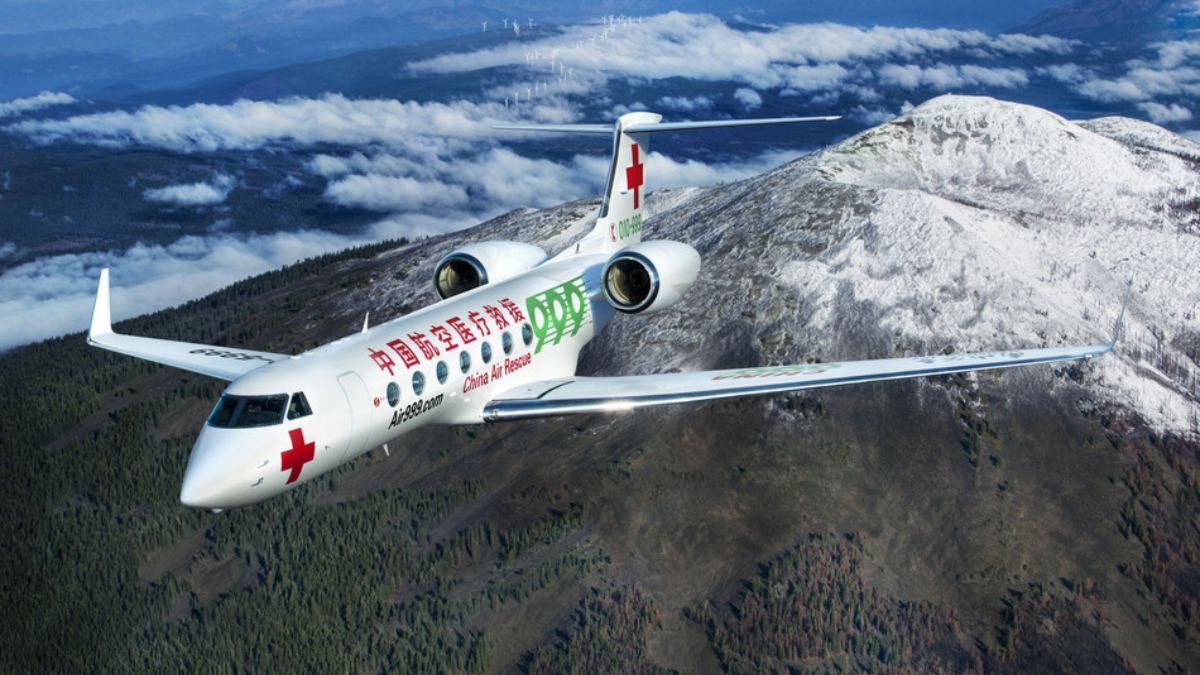 Gulfstream Aerospace Corp. today announced it has designed and delivered a state-of-the-art Gulfstream G550 medevac aircraft that will revolutionize in-flight medical care. The modified G550 was delivered to the Beijing Red Cross Emergency Medical Center during a delivery ceremony at Gulfstream’s headquarters in Savannah.

"This aircraft showcases the art of the possible," said Burns. "When you combine innovation, talent, commitment and expertise, you can transform an industry. With this aircraft – and our collaboration with the Beijing Red Cross Emergency Medical Center – we have done exactly that. This modified G550 will change – and save – lives, forever altering the expectations for medevac support."

To be used for disaster relief and air rescue services, the G550 aircraft features an unprecedented degree of technological innovation that draws on Gulfstream's more than 50-year heritage of providing special missions aircraft worldwide. The G550 features a dedicated medical bay outfitted with advanced equipment to sustain and stabilize critically ill patients, including:

Since the G550's debut, Gulfstream has continually invested in the aircraft to ensure it remains ahead of evolving customer needs. It is the most reliable aircraft in its class and can fly nonstop from Beijing to New York or London. More than 560 G550 aircraft are in service worldwide.

"With the G650ER's speed and range, medical care will arrive faster," Burns said.