Interview with Grayson Burgess, Founder and Designer of Comic Sandwiches, about Replicas of Superhero Gadgets and Props

Grayson Burgess started to design superhero gadgets and props while he was a student, and in 2015 he established Comic Sandwiches and create his replica collection for superhero fans. 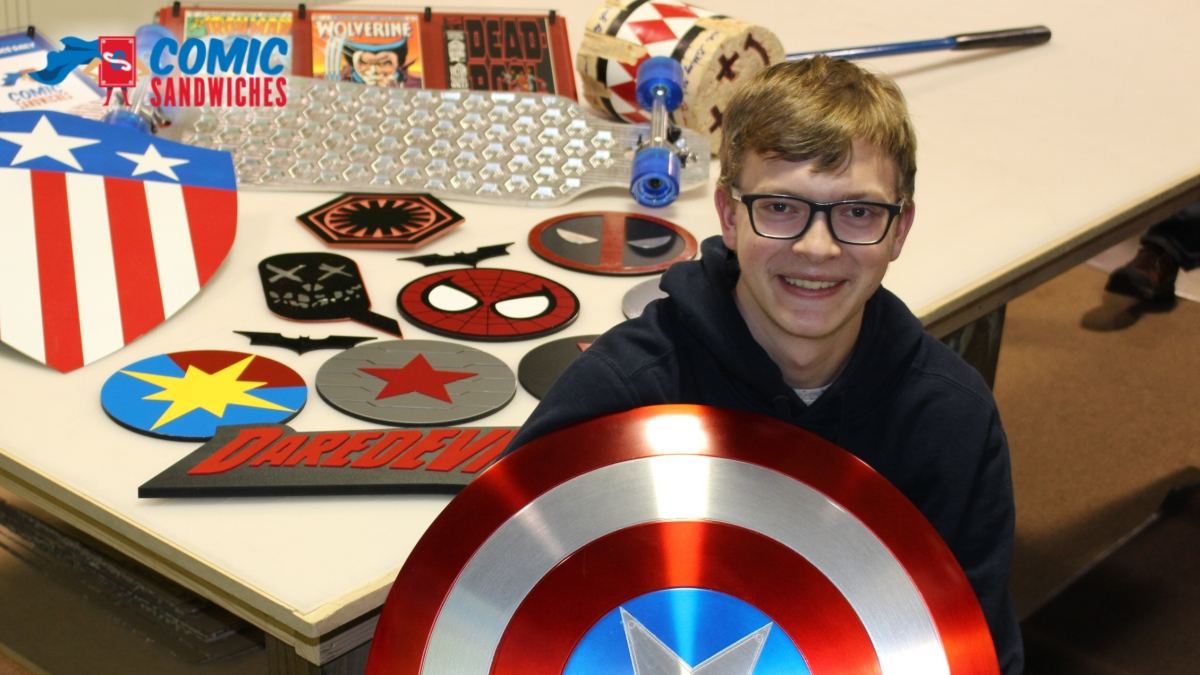 Although we know that we can not be a superhero with superhero equipment, this reality does not prevent us from keeping a piece in our living room. Grayson Burgess started to design superhero gadgets and props while he was a student, and in 2015 he established Comic Sandwiches and create his replica collection for superhero fans. I talked to Comic Sandwiches Founder and Designer Grayson Burgess, about replicas, props, superheroes and his future plans. 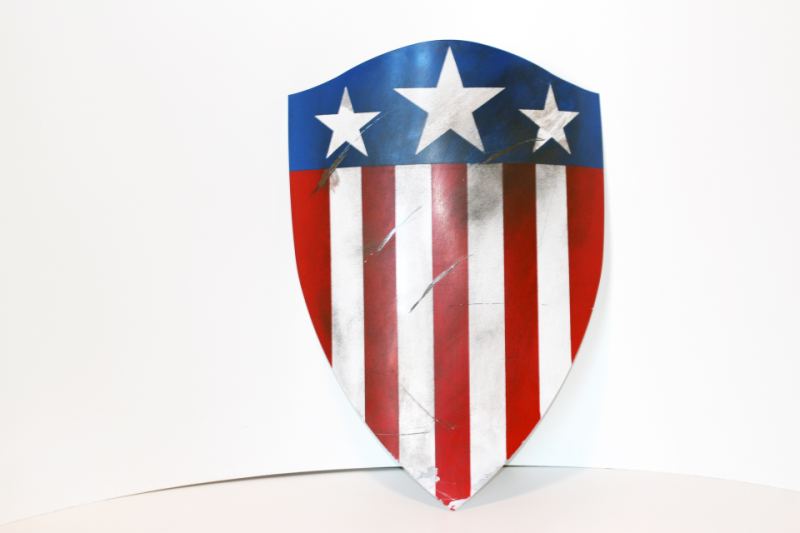 Grayson, before start talking about Comic Sandwiches I would like to learn a little bit about you, could you tell us about yourself? Who is Grayson Burgess?

How did you decide to make replicas of Superhero Gadgets? What was the inspiration?

I have always been interested in Superheros, Once I finished school I was able to put my mind on new things, I decided to make a Captain America shield to take with me to a comic convention. It was very different than my current version and a lot more simple, but it was cool enough for someone to ask me to make them one when they saw it. Once I realized not a lot of options are available online for shields I put them on etsy and started selling them at an exponential rate. That was when I realized I should focus on replica props for the company. 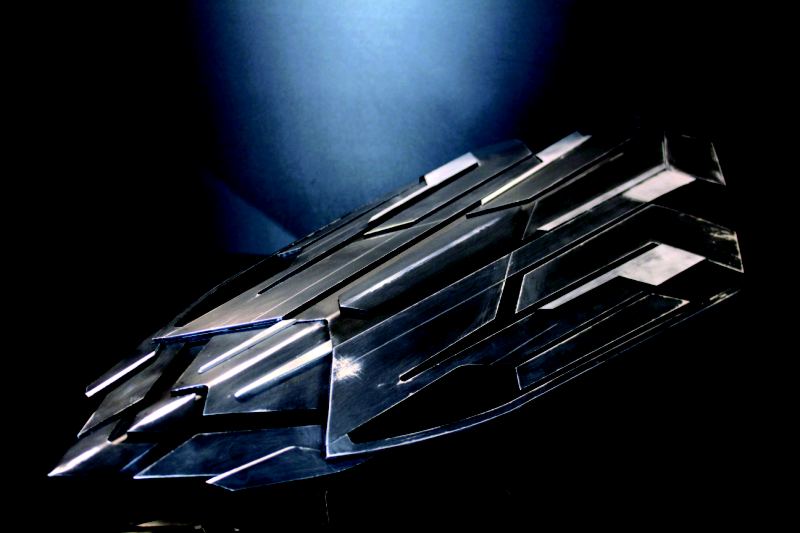 The Phrase “Comic Sandwiches” comes from a system I designed for displaying comic books. They Sandwich the comic book in between glass. This was the first product that I designed and sold. Except, I didn't sell more than 3 in 4 months. After that, 4 month period is when I made my first shield. From there on, We have put our focus on designing and building high quality and Accurate replicas primarily based on Superhero movies. Some items are from comics and animation as well. 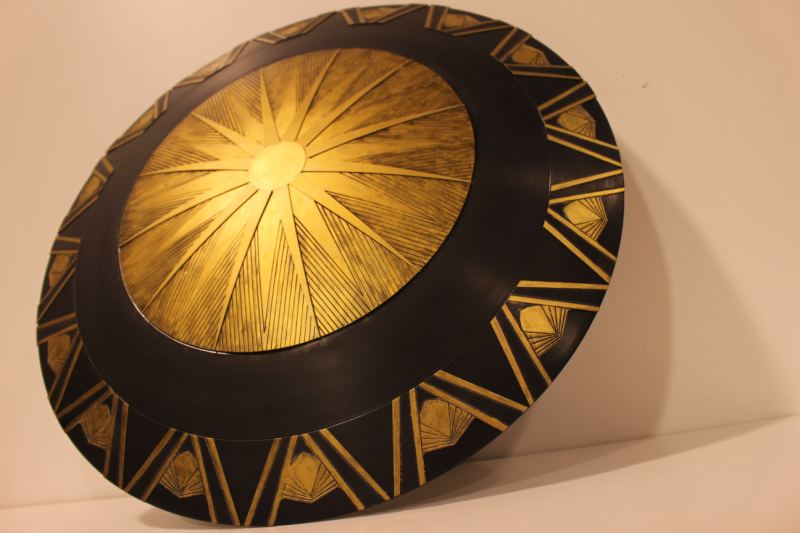 Are you expecting a new superhero movie to design a new product? Could you briefly describe your design process?

A lot of the time, I look for things in movies that I think would be cool and fun to make. For example, We sell a replica of the Mallet used by Harley Quinn in Suicide Squad. This was not something I was sure it would even sell, but I was excited to take up the challenge of figuring out how to build it. I found pictures of it from every angle I could get. I used those to get a complete look at the text that circles the head of the mallet. I took them and stitched them together in photoshop to then manually trace the lettering to match the handwriting. I figured out the handle was a handle for a sledgehammer and found the same one used for the movie. I used a large pine log the create the head and created a stencil with the lettering, to then copy with a sharpie like the real one. I finally chipped away at the head to match the dents and cracks. This is just one example, Some are as easy as using one photo to match the shape and done. 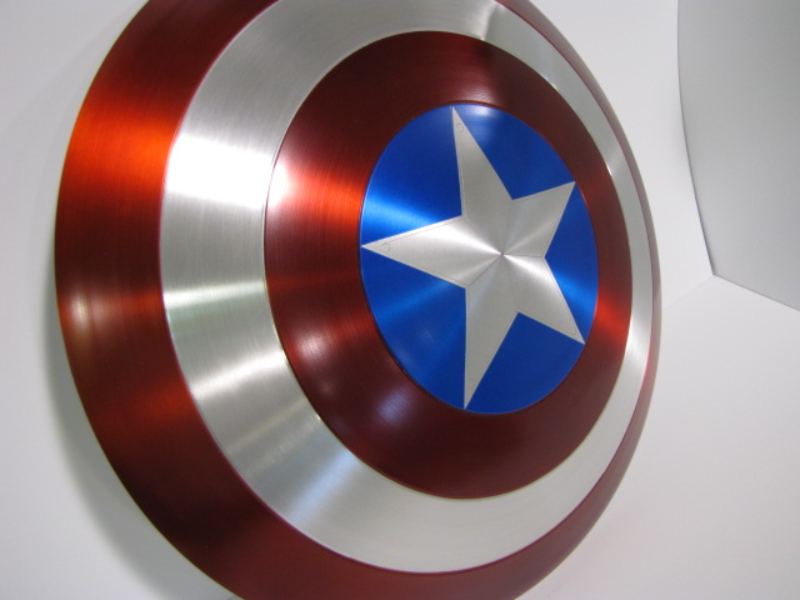 What type of products do you offer to superhero fans? How many different replicas do you have in your collections?

The main product group that we focus on is the replica props, But we also have Batarangs that are based on comics or original creations. We have different metal emblems for hanging on walls, each of which was at one point a custom requested design. The Comic and Poster framing System and Edgelites, which were started to make a special emblem to represent Doctor Strange and his magic abilities.

Popularity for the different replicas seems to depend heavily on current movies and events that are happening. One month, the Captain America Traditional Heater shield can outsell all others by a lot, and the next it could be the Wonder Woman shield. It is good to keep track of what is happening to better market each replica accordingly. 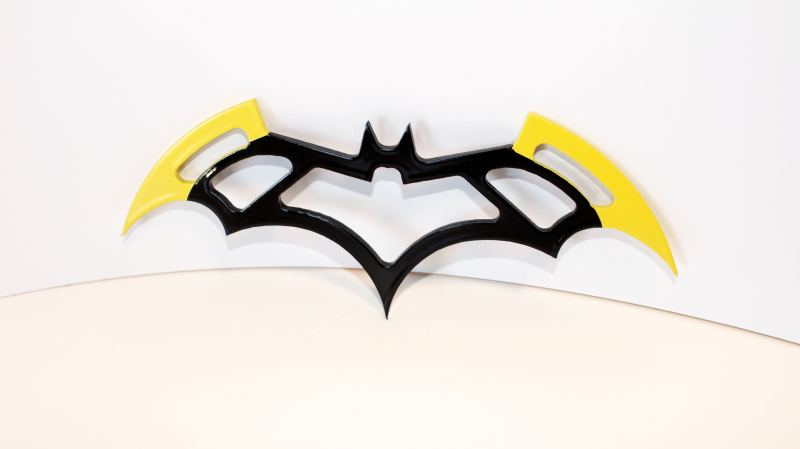 It is not possible to find the original Captain America shield or Batman Batarang on the market. How did you design exactly the same as the original products?

The Captain America shields used during the filming of the first movie were all auctioned off a few years ago, which allowed people to see them and measure them with detail. I have had the opportunity to measure and take photos of one of them and used that for making sure everything is accurate. The traditional heater shield was the same way. The wonder Woman shield has been on display at various events, allowing people to get scale and details a lot better than just the movie. In some cases, the companies that designed the props will send a 3d model of the prop to use for reference.

Comic Sandwiches uses Facebook and Instagram to better understand what people are wanting to be made and to interact with people who own our replicas and be able to communicate with interested people who might just want help building their own prop. We try to provide open guidance to anyone who wants to do something themselves with the tools and skills they have. While the level of detail and perfection may not be that of Comic Sandwiches, they can say they learned something and we do our best to help the community grow. Instagram: @ComicSandwiches, Facebook: www.facebook.com/comicsandwiches

Where can our readers buy or order Comic Sandwiches products?

What is next for Comic Sandwiches?

Likely something from Captain Marvel or Shazam!, But we will have to see what cool props come from the plethora of new Superhero movies being released in the next 6 months.