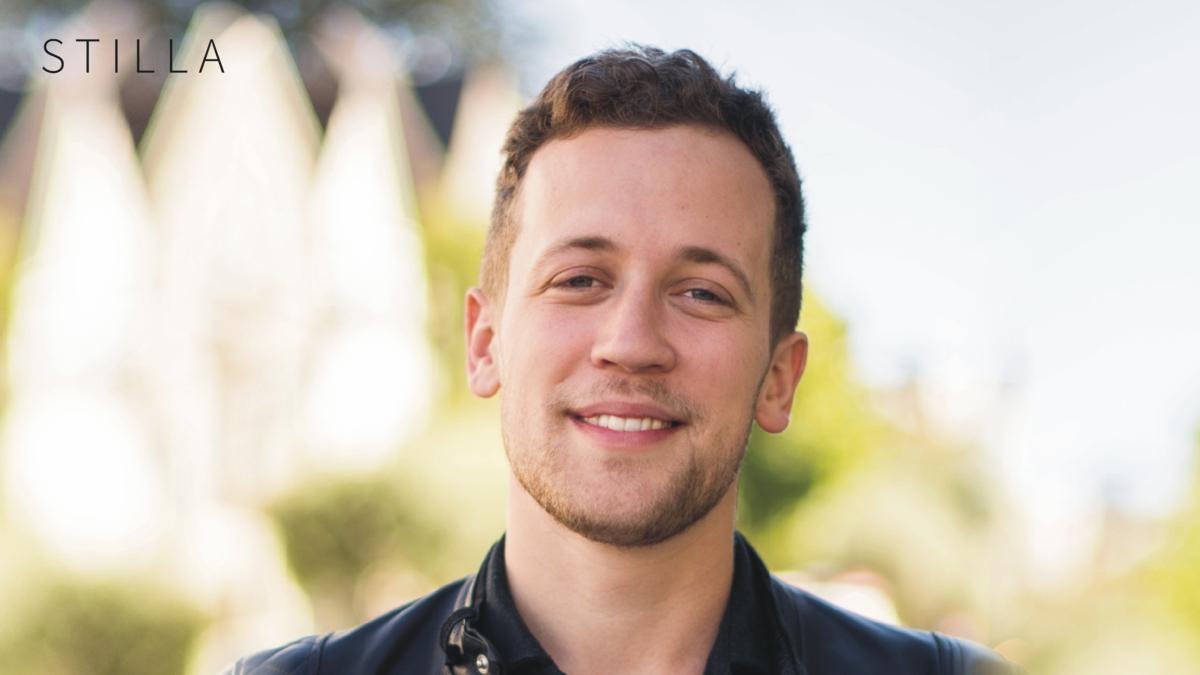 When we are in a hurry, there may be moments that we forget our bag at the restaurant or in the taxi. Even worse, there may be thieves who want to steal our bag. Niclas Långsten and Elin Elkehag certainly knew that they would not be able to prevent this, but they thought that people can be a chance to protect their bags if they are warned quickly. And the idea of Stilla Motion was born. I talked to Niclas Långsten, Co-Founder and Head of Communications of Stilla, about smartphone and smartwatch syncronized theft alert Stilla Motion. Enjoy the interview and don't forget to keep your bag beside you. 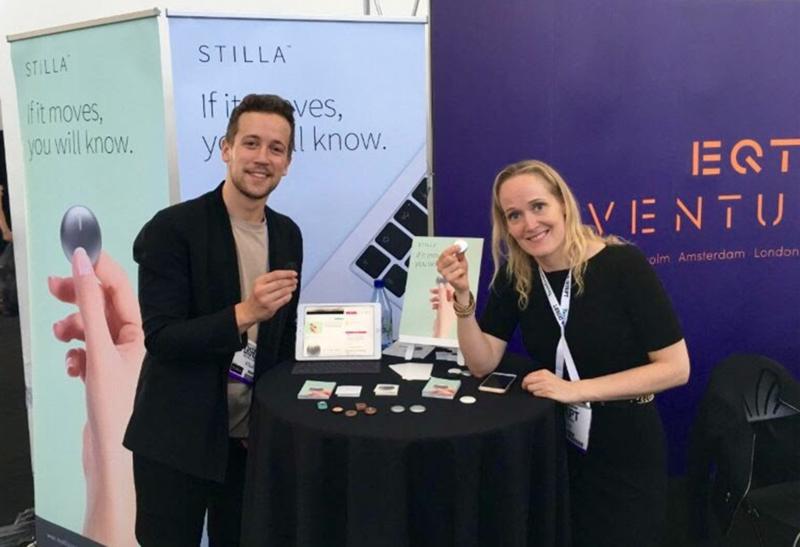 Niclas, before starting to talking about Stilla, please tell us about yourself and your team. What are your backgrounds and design/technology experiences?

It's great to meet you, Beren. Our team consists of a majority of Swedes, but the company was founded in the U.S., and we have people based both in San Francisco and Stockholm. I originally moved from Sweden to San Francisco to study Communications and Marketing when I bumped into Elin, our CEO and Founder. She had an idea of creating a gadget that would protect people's belongings by warning them if something moves that shouldn't. Naturally, I thought this sounded like what could become an amazing adventure, and I wasn't wrong. Fast-forward about 2,5 years and we've shipped Stilla Motion to customers in 53 countries and some of the major tech/design stores of the world, and of course had some great fun along the way.

Elin is a Swedish serial entrepreneur with a background in telecom and media, so she had a lot of relevant background going into this, but of course, there was a lot that all of us were about to learn about the IoT hardware jungle. The rest of the team have their background in various fields of expertise, making us a rather complete squad, but I'd say that the common denominator for all of us is that we become excited and driven by innovating and we're not afraid of a challenge. 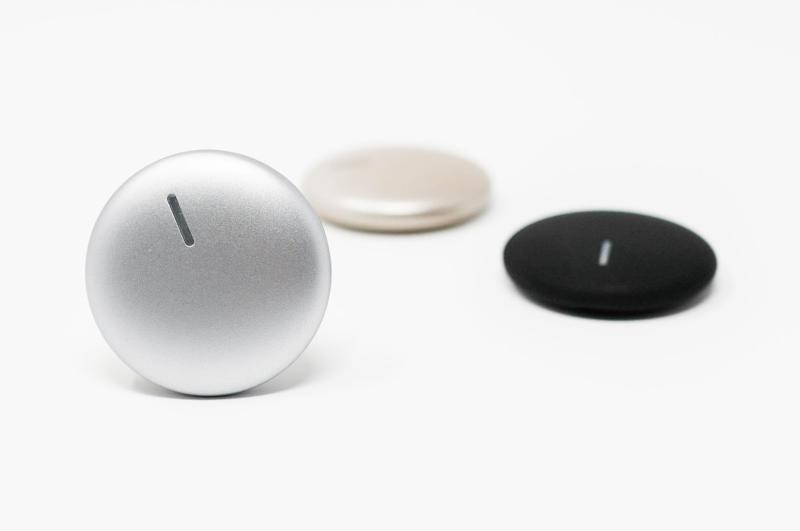 How did you first get interested in security solutions and tracking applications? What inspired you to design Stilla Motion?

Stilla Motion and security hardware became an important part of my reality after the first conversation I had with Elin. We met in the backyard of our apartment building and realized that we both are from Sweden. She told me about a casual meetup she had with a friend with whom she was playing around with Arduino boards, exploring their possibilities. As they were doing this, Elin dropped her Arduino board, which is a microcontroller that can be fed with code to perform simple tasks, and it landed on her purse on the floor. As she was picking it up, she triggered the motion sensor of the board, and the seed of the idea behind Stilla Motion had been planted.

Later on, when designing the actual hardware, we wanted to go for something that would reflect the Scandinavian simplicity that we've grown up around and love. We had to keep a few security aspects in mind, such as the risk for suffocation accidents and resistance to cold and water. The end result however is something that we've really happy with and have received plenty of praise for. 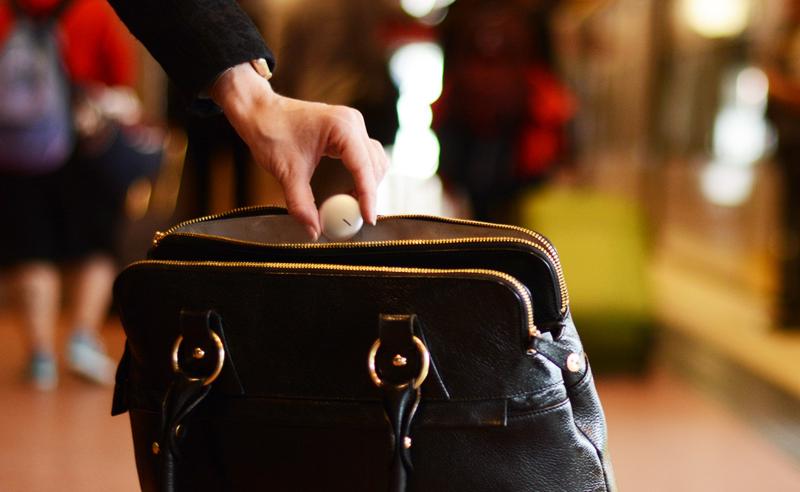 Could you tell us about Stilla Motion?

We call Stilla Motion a pocket-sized security system. Its main function is the motion alarm that alerts you via your phone or smartwatch as soon as it moves. This is a great feature for people who aren't able to have full supervision over their belongings at all times, you could e.g. be sleeping on a train commute and get alerted if someone is trying to steal your bag or anything inside it.

Stilla Motion also warns you with notifications if you're about to walk away from it, so if you have it inside your bag at a busy event Stilla Motion will make sure you won't leave without it. You can set the sensitivity yourself inside the app to match your preferences, and a fun bonus functionality is that if you press the device twice it will "call" your phone and help you find it. 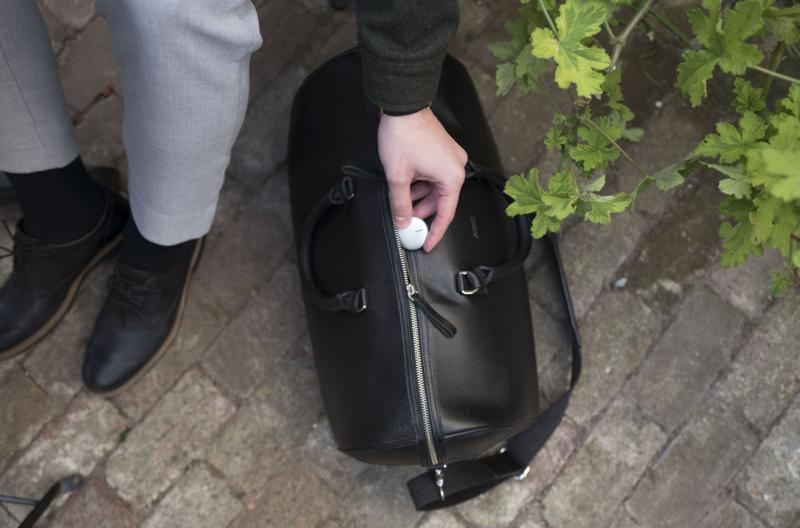 We wanted to let people worry less about their things and spend more time focusing on what actually matters to them. Play with your kids instead of checking on your bags or strollers, work on your projects instead of making sure your camera gear, computer bag, or bicycle is still where it should be. Don't let your belongings steal your attention.

Another important aspect for us was that we wanted to offer an alternative to traditional trackers that aim to show the location of things. Stilla Motion alerts you as soon as your belongings move, so you can prevent it from being stolen or lost rather than having to look for it once it's gone. 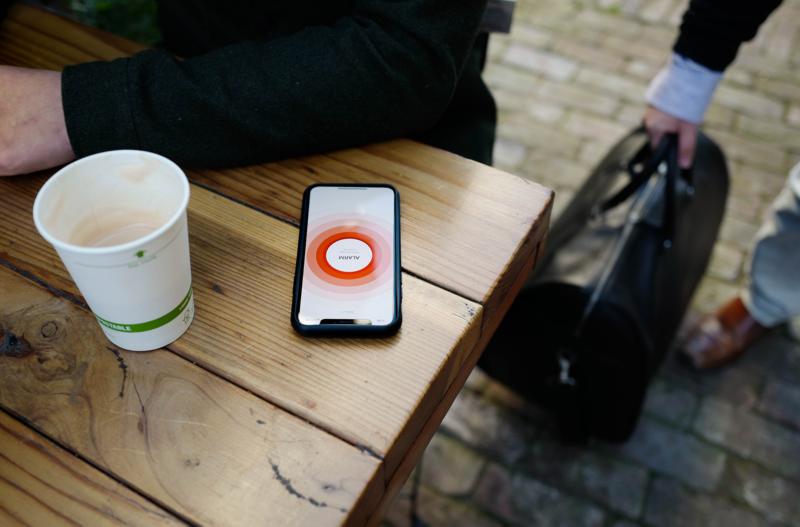 Stilla Motion works with all recent iPhones and Android, so iPhone 5 and up, as well as any major Android such as Samsung, Nexus, etc. of similar recency. It does also work with smartwatches with both iOS and Android via the smartphones.

What are the features of Stilla Motion?

Stilla Motion speaks to the phone/smartwatch via BLE (Bluetooth Low Energy) and gets a range of up to 150 ft. depending on its surroundings. It's powered by a CR2032 coin cell battery which lasts up to 6-9 months, and you can easily replace it yourself at home, which is something that our customers have really appreciated. The dimensions are approximately 1x1 inches in height and width, and it's about 0.2 inches in thickness. It's roughly the same size as a silver dollar coin, but thicker. There are three sensitivity modes, Low, Medium, and High, that you can pick from in the app depending on how you wish to use it. They were developed using smart algorithms that adjust the sensitivity to not detect rumble from a train ride e.g., but to know when someone is actually taking your bag away.

Could we use it for tracking our pets? Is it safe?

I wouldn't recommend Stilla Motion for pets since it alerts you as soon as they move. However, if you want to make sure your pet snake remains perfectly still, this might be the perfect product for you. 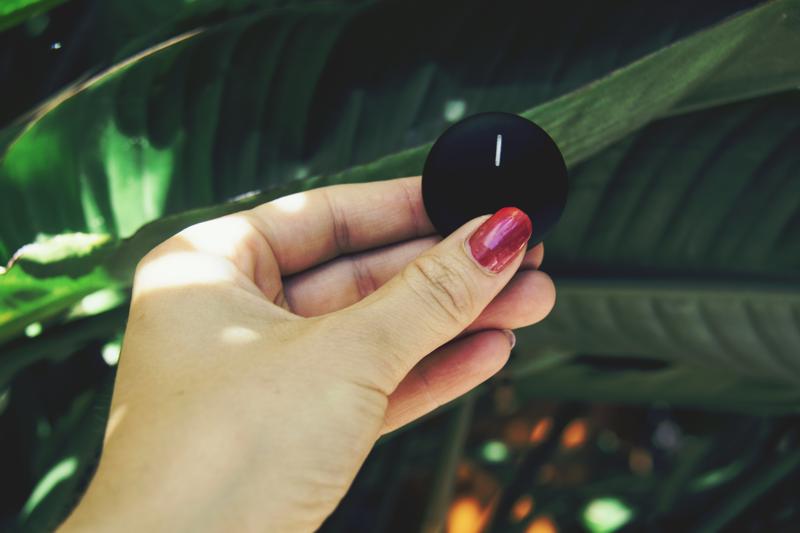 How could you describe Stilla Motion with only one sentence?

Stilla Motion is a pocket-sized security system, if it moves you will know.

Social media has become part of our lives and we do not want to lose it. How do you use social media for Stilla Motion? How can our readers follow Stilla?

We post updates and news about the product and our journey on Facebook (facebook.com/wearestilla) and you can find beautiful photos that inspire us and what we do at @wearestilla on Instagram. Feel free to say hi to us at twitter.com/wearestilla, or email any questions to hello@mystilla.com and we'll be happy to answer.

How can our readers buy Stilla Motion? Do you have a worldwide delivery option?

Stilla Motion is available in the U.S and EU at www.wearestilla.com. For shipping to any other destination, we take custom requests via hello@mystilla.com, these work especially well for larger orders.

What is next for Stilla?

We have some really exciting things coming up just around the corner! Unfortunately, I'm not allowed to speak about them just yet, but follow us on facebook.com/wearestilla and you'll hopefully see a big reveal soon.

Anything you would like to add that I haven't asked?

Not much else than the fact that it has been a pleasure speaking with you and I look forward to seeing more great content at Bontena. Take care and stay safe!